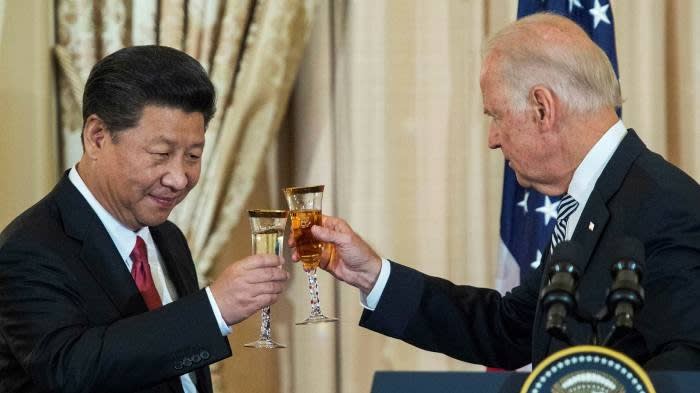 Sign up to myFT Daily Digest to be the first to know about US-China relations news.

Joe Biden suggested he hold an in-person summit with China’s president Xi Jinping during a 90-minute call last week but failed to secure an agreement from his counterpart, leading some US officials to conclude that Beijing is continuing to play hardball with Washington.

The US president proposed to Xi that the leaders hold the summit in an effort to break an impasse in US-China relations, but multiple people briefed on the call said China’s leader did not take him up on the offer and instead insisted Washington adopt a less strident tone towards Beijing.

The White House had portrayed the call — which took place at Biden’s request seven months after their first telephone conversation — as a chance to test if Xi was willing to engage seriously after several diplomatic meetings between US and Chinese officials garnered little progress.

Five people briefed on the call said that while Xi had used less abrasive language than his top diplomats had done this year, his overall message to Biden was that the US must tone down its rhetoric.

Have feedback on the newsletter? Let me know at emily.goldberg@ft.com. Thanks for reading FirstFT Asia — Emily

Six more stories in the news

1. Fresh signs US inflation is levelling off US government bonds rallied while bank shares weighed on major stock markets yesterday, as moderating US inflation warmed investors to the view that the Federal Reserve would have more time to remove crisis-era stimulus.

2. Apple introduces four iPhones in product event Apple launched four new 5G-enabled iPhones and unveiled an array of refreshes to some of its most popular devices, including the iPad and Watch, as the world’s most valuable company attempted to refocus the public’s attention after months of antitrust scrutiny.

6. China’s Evergrande faces investor protests China’s most indebted property developer has hired restructuring advisers and warned its liquidity is under “tremendous pressure” from collapsing sales as the group faces protests by home buyers and retail investors. Ursula von der Leyen’ State of the EU speech European Commission president Ursula von der Leyen will address the European Parliament in Strasbourg, France today. For the latest news from the continent — and for the news you need to know ahead of Germany’s upcoming, pivotal election, sign up for our Europe Express newsletter.

What else we’re reading and listening to

Amazon’s bet on healthcare begins to take shape The group, long assumed to be a sleeping giant in the field, is finally awakening, with plans to produce tools and platforms to underpin an industry on the cusp of dramatic modernisation. But can the ecommerce company navigate the competition, which includes fellow tech giants Google and Microsoft, and a political landscape fearful of its power? Taiwan’s chances of joining Asia’s trade pact are dwindling Japan, which took the lead in reviving the Trans-Pacific Partnership (TPP) after the US abandoned it, wanted to use its rotating chairmanship this year to help Taipei join what is now known as CPTPP. But, as Kathrin Hille writes in Trade Secrets, that is proving more difficult than was foreseen. Sign up here to receive our Trade Secrets newsletter in your inbox.

The flexibility factor: who is going back to the office? FT management editor Andrew Hill assesses the latest return-to-work plans at some of the world’s biggest companies. Meanwhile, the decline of the “9 to 5” workday has been under way for decades. Now society’s shared rhythms of weekend rest are disintegrating before our eyes, writes Sarah O’Connor.

The return of Parler George Farmer, a 31-year-old former hedge fund partner and the Oxford university-educated son of a British baron, has been plotting a route back for the “free speech” social network that attracted millions of Donald Trump’s supporters in the run-up to last year’s US election. San Francisco tech correspondent Hannah Murphy interviewed him about his plans for the controversial app.

Are you a ‘skinimalist’? A new wave of skincare brands and products — akin to the normcore trend that has infiltrated fashion — has emerged to simplify, demystify and even underplay your beauty regime, writes Nicola Moulton.