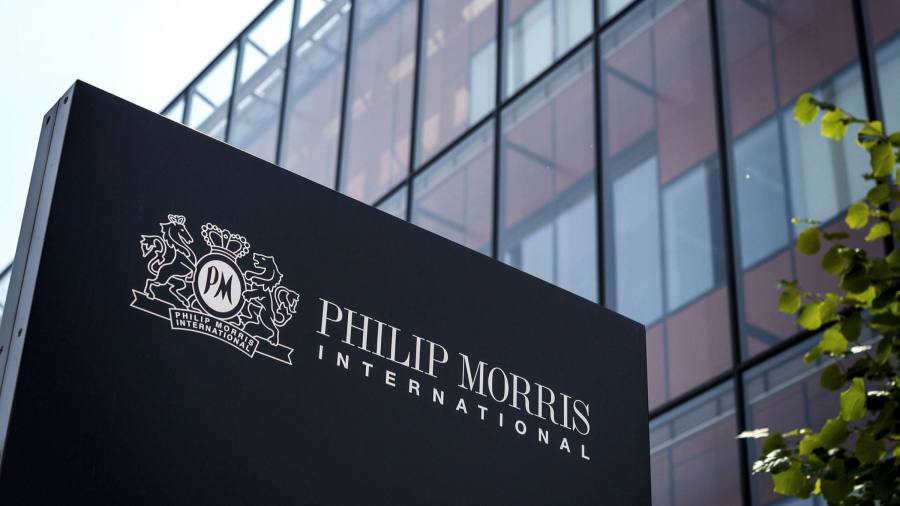 The battle between Philip Morris International and a private equity group for control of the UK inhaler maker Vectura intensified yesterday as the Marlboro maker raised its bid to more than £1bn.

PMI made its offer of 165p a share just two days after Carlyle, the US private equity group, raised its own bid for Wiltshire-based Vectura to 155p a share.

The Vectura bid battle comes as private equity launches its largest raid on listed UK businesses in decades, taking advantage of depressed valuations in the wake of Brexit and the pandemic.

Thanks for reading. What would you like to see more of in FirstFT Europe/Africa? Reach me at jennifer.creery@ft.com to share your feedback on the newsletter — Jennifer

1. China’s tech tycoons lose $87bn Beijing’s regulatory assault on the country’s technology industry has lopped $87bn off the net worth of the sector’s wealthiest tycoons since the start of July, hitting the fortunes of magnates such as Tencent’s Pony Ma and Pinduoduo’s Colin Huang.

Read on: ByteDance, the owner of short-video app TikTok, has revived a plan to go public, aiming for a Hong Kong listing by early next year.

2. Latvia warns of risk of Nato-Russia ‘incident’ The “weaponisation” of migration by Belarus on its border with Lithuania risks “misunderstandings [and] some actions that are not approved by superiors” when Russia’s Zapad military exercise takes place next month, said Latvia’s foreign minister.

3. Taliban seizes ground across Afghanistan The Taliban continues to gain territory in its violent campaign for control of the country, stoking strong criticism of the Biden administration’s decision to withdraw US troops at the end of this month.

4. Lionel Messi bids farewell to Barcelona The star footballer, failing to hold back tears at a press conference in Barcelona, confirmed on Sunday that he was leaving FC Barcelona, where he has spent his entire career, and said Paris Saint-Germain could be his next move. ‘My blood ran cold’, Lionel Messi said on hearing that he would have to leave Barcelona © Eric Alonso/Getty Images

The Tokyo Olympics have officially ended — Japan handed the Olympic flame to Paris at the closing ceremony yesterday.

The US won the gold medal count with 39, one ahead of China, but excess nationalism may overshadow Beijing’s achievements.

Record-breaking running performances prompted questions over the athletes’ shoes to the track itself, as well as the effectiveness of doping control. (FT, AP)

Industry bosses are predicting a worldwide construction “supercycle” that will fuel demand for building materials in post-pandemic infrastructure projects.

UK business secretary Kwasi Kwarteng has vowed to put a free market approach at the heart of the post-Covid recovery. Pension fund trustees are balking at government efforts to encourage them to spend billions.

Nearly 9 per cent of people were moderately or severely food insecure in 2020, compared with 7.7 per cent the previous year.

Covid-19 has exposed an unspoken truth about business travel: a lot of it was done for reasons that had nothing to do with business, writes Pilita Clark. Sign up for our Coronavirus Business Update newsletter and follow our live blog for the latest. UN climate change report The UN’s Intergovernmental Panel on Climate Change (IPCC) is due to publish a report today on the physical science basis of climate change. Leslie Hook, FT’s environment and clean energy correspondent, notes three specific areas of the report where companies would be well served to take note.

NY State judiciary committee meets The committee will meet as the deadline approaches for Andrew Cuomo and his lawyers to submit evidence for the governor’s defence in a state assembly investigation into his alleged sexual harassment of women. One of the women who filed a criminal complaint will speak publicly for the first time. (NYT, Reuters)

Go deeper: meet Letitia James, the New York attorney-general fighting for the state’s underdogs. Her office last week released the results of a five-month investigation into allegations against the governor.

Clayton, Dubilier & Rice WM Morrison bid The buyout group has until today to decide whether to outbid SoftBank-owned Fortress or walk away.

The Netherlands’ soaring house prices Prices of existing homes in the country rose 14.6 per cent in the year to June, the highest rate for two decades — and one of the highest in the EU. Low-paid people often have to wait more than 15 years for social housing, while homeless numbers have doubled in the past decade. Read more in our series on soaring global housing prices. The failure of ‘maximum pressure’ on North Korea Despite some successes, Kim Jong Un’s regime is still managing to find ways to get around US and UN sanctions, including cryptocurrency theft and lucrative cyber heists — while developing its weapons programme.

Why Xi is cracking down on gaming and private tutors China’s new restrictions reflect Beijing’s desire to maintain social control but they also provide a window on to the strains of urban life. The move, however, exacerbates another sensitive policy for Beijing: rising youth unemployment, experts have warned.

Ambition: necessary but corrosive Lucy Kellaway has been wondering how much ambition we need, how to turn it off when it’s no longer useful — and how to stop it from doing us in.

“It is not that it turns you into a ruthless, driven version of Macbeth, but that the striving, by definition, makes you dissatisfied with your life at present.”