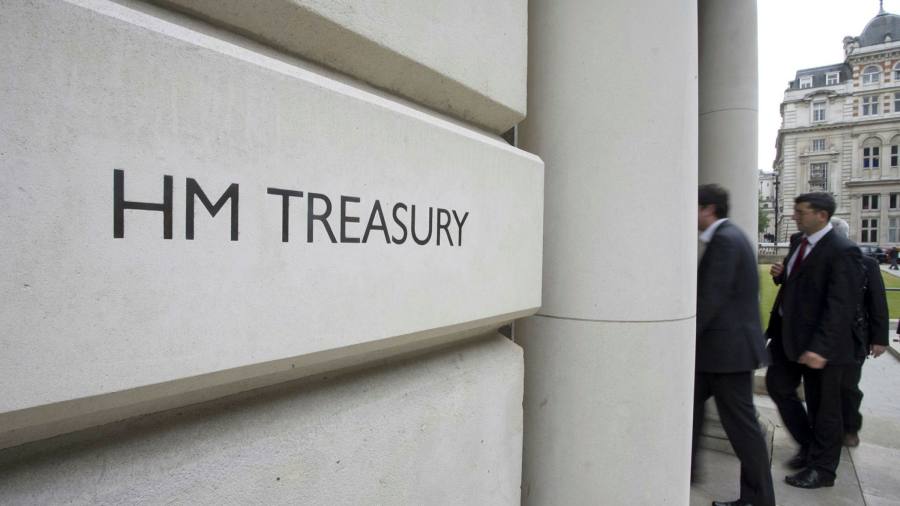 The UK Treasury has taken taxpayer stakes in more than 150 British companies, including a vegan foodmaker, a trendy cinema chain and a kombucha-based drinks brewer in an unprecedented shift into state-backed capital.

The government has published the names of the 158 companies that have converted loans under the £1.1bn state-backed Future Fund scheme into equity for the first time, revealing the scores of largely lossmaking companies that count the British taxpayer as a shareholder.

What do you think of FirstFT Europe/Africa? Let me know at [email protected] Thanks for reading. — Jennifer

1. Investment banks accelerate ‘grunt work’ automation Wall Street lenders are stepping up efforts to automate “grunt work” foisted on younger investment bankers, such as generating pitch books and valuation modelling. The companies have portrayed the changes as an attempt to reduce workloads and stop young talent from leaving the industry.

Breaking down the walls: Tencent and Alibaba pledged to comply with Beijing’s orders to give access to “walled gardens”. Active investors’ interest in the Chinese tech trade is fading as the companies fall out of fashion.

3. Blinken defends America’s Afghanistan withdrawal Antony Blinken, US secretary of state, gave an unapologetic defence of the military’s chaotic and bloody exit as he appeared before lawmakers on Capitol Hill. Drought and the aftermath of war have forced Afghan farmers to flee, devastating areas that provided a base for the Taliban’s insurgency.

4. Libor replacement reaches Wall Street’s leveraged loan market Bank of America has started marketing the first leveraged loan tied to the interest rate that is set to replace Libor, in a milestone for the industry as it transitions away from the disgraced lending benchmark.

5. Andrew Neil departs GB News The veteran broadcaster Andrew Neil has stepped down as chair and presenter of GB News, only three months after the channel first aired, the clearest sign yet of friction at the right-leaning UK television station.

The UK will offer Covid-19 jabs to all children aged between 12 and 15 as early as next week. Downing Street has cancelled a €1.4bn vaccine deal with France’s Valneva, saying the company was in breach of its obligations under the deal.

Cases, hospitalisations and deaths are widely expected to rise in England following this month’s return to schools and more social mixing indoors.

Apple launch event The Silicon Valley giant plans to roll out the iPhone 13 and the Apple Watch Series 7 at 10am Pacific time today, yet all the talk has been about smart glasses and cars. Read more on what’s coming up for Apple in this edition of #techFT. Sign up for the newsletter here.

Elsewhere in tech: SEC chair Gary Gensler is expected to be questioned on crypto exchanges when he testifies before the Senate banking committee.

Charity heads into orbit: SpaceX is due to launch the first all-civilian crew, with the Inspiration 4 mission being billed as a philanthropic endeavour.

United Nations General Assembly Despite Covid-19 risks, at least 83 world leaders are expected to attend the 76th session of the UNGA in New York. UK prime minister Boris Johnson hopes to patch up bilateral relations with US president Joe Biden during his four-day trip. (NYT, Times)

UK Labour’s ‘New Deal for Workers’ Party leader Sir Keir Starmer will use his speech at the annual Trades Union Congress to promise a £10 minimum wage, a “right to work flexibly” and a ban on some controversial workplace practices under a future Labour government.

California recall election deadline Governor Gavin Newsom’s chances of remaining in office have improved ahead of today’s recall election, with a surge of Democrats casting early ballots and polls showing most voters opposing the effort to remove him from office.

‘Alexa, start surgery’ Amazon, long assumed to be a sleeping giant in healthcare, is finally awakening, with plans to produce tools and platforms to underpin an industry on the cusp of dramatic modernisation. But can the ecommerce company navigate the competition, which includes fellow tech giants Google and Microsoft, and a political landscape fearful of its power?

We’re creeping towards a continuous working week The decline of the “9 to 5” workday has been under way for decades. Now society’s shared rhythms of weekend rest are disintegrating before our eyes. While shift work suits some people, the evidence suggests it damages their health — and family life, writes Sarah O’Connor.

UK net zero progress falters It is a shame the country’s strategy for reducing carbon emissions is being held back — by government policy. But doing more does not just mean nurturing shiny, new technology or flinging money at business. It should mean prodding sectors to make decisions on the options available now, writes Helen Thomas.

The Xi personality cult is a danger to China The state-led veneration of Xi Jinping has echoes of the personality cult around Mao Zedong — and with it, of the famines and terror unleashed by Mao during the Great Leap Forward and the Cultural Revolution, writes Gideon Rachman.

The US needs to make homes more affordable — and available A decade on from the subprime meltdown, housing is still at the centre of the country’s economic bifurcation, writes Rana Foroohar. Just as investors drove the pre-financial crisis housing boom, they have also driven the post-pandemic increase in home prices.

Wilde at heart The opening of an Oscar Wilde-inspired hotel prompted FT writer Niki Blasina to indulge in a (brief) home-city holiday — in the aesthete’s mecca that is London’s most elegant district: Mayfair.