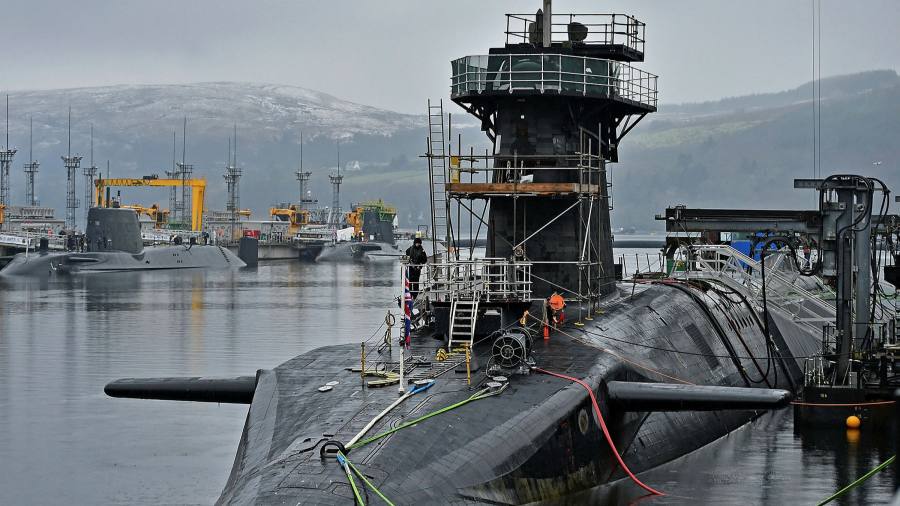 The UK has drawn up secret contingency plans to move its Trident nuclear submarine bases from Scotland to the US or France in the event of Scottish independence.

Another option was for the UK to seek a long-term lease for the Royal Navy’s current nuclear bases at Faslane and Coulport on the west coast of Scotland. This would create a British territory within the borders of a newly separate Scotland, said people briefed on the plans.

The UK government is fiercely opposed to Scottish independence, the prospect of which worries Whitehall. The Scottish National party returned to power in May and has pledged to ban all nuclear weapons in an independent Scotland.

The exercise was undertaken recently, said people briefed on the plans, although one senior government official disputed the timing.

The FT View: A power-sharing agreement between the SNP and the Greens, who also support independence, could inject vigour in a government that has begun to show signs of age.

1. Taliban government talks Afghanistan’s former president Hamid Karzai is unlikely to play a prominent role in a Taliban-led government, while veteran politician Abdullah Abdullah is viewed as the “least controversial” option, according to two senior Pakistan officials, as the Islamist group looks to form an inclusive administration to gain international recognition.

Hard lessons: European commissioner Thierry Breton told the FT that the US-led exit has shown that the EU must build up its own defence capabilities and develop the “attributes of hard power”.

Gillian Tett writes that Washington took a “bird’s eye view” and was blinded by its own presumptions and domestic political imperatives.

2. YouTube music services hit 50m paying subscribers After a slow start since launching in 2018, YouTube’s paid music streaming services reached 50m subscribers in August, according to two people briefed on the figures — a milestone for Google as it competes with Amazon, Apple and Spotify in the competitive market.

3. Bond investors brace for ECB pullback Eurozone government bonds are showing signs that investors think the European Central Bank may begin winding down its emergency bond-buying programme as soon as this month. Germany’s 10-year bond yield, a benchmark for euro area debt, rose to its highest in more than a month yesterday, reflecting a drop in prices.

4. C4 privatisation threatens ‘indy’ TV scene Television producers have criticised government plans to privatise Channel 4, expressing fears that a new owner will be given leeway to sideline “indy” UK programme-makers from a network that has been their lifeblood for four decades.

5. Joe Biden meets Ukraine’s leader amid Russia tensions The US president sought to reassure Ukraine of Washington’s “ironclad” commitment to its sovereignty and opposition to “Russian aggression” at a White House meeting with President Volodymyr Zelensky yesterday.

About 500,000 people in the UK with severely weakened immune systems will be offered a third dose of a Covid-19 vaccine.

Young professionals have left the London borough of Hackney but crowds are returning. Will rents rise?

India administered a record 13m jabs yesterday as supply constraints eased. Only about 11 per cent of the population is fully vaccinated.

Follow our live coronavirus blog and sign up to our Coronavirus Business Update email for a regular briefing on how the pandemic is affecting markets, global business and our workplaces.

Economic data UK house prices are forecast to rebound in August, according to Nationwide’s monthly housing index, while the US trade deficit is expected to have narrowed in July. More on the economic data calendar here. (Reuters, WSJ, FT)

Join the FT as speakers from ISA, the World Bank, BlackRock and Natura analyse post-pandemic scenarios in Latin America and discuss how business, government and civil society can work together for a more sustainable future. Sign up here for our FT Live Digital Dialogue today.

How Angela Merkel shaped a generation — and Europe With Germany’s federal election this month, Merkel will step down after almost 16 years in power, marking a critical turning point in the country’s postwar history. What do the young people of Generation Merkel make of her legacy?

What do you think Merkel’s legacy will be? Let me know at [email protected] Thanks for reading FirstFT Europe/Africa. — Jennifer 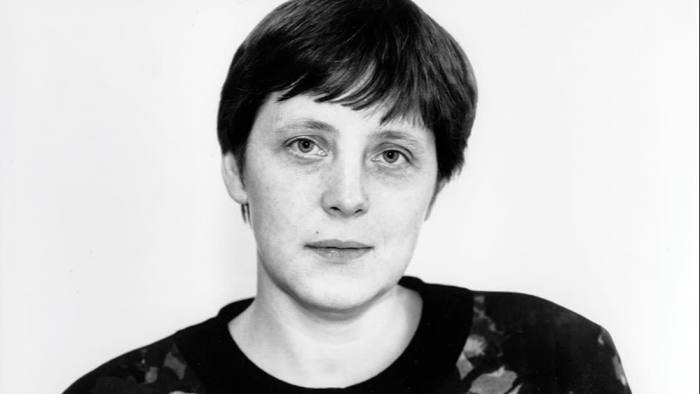 Young Germans have grown up in a country that, under Merkel’s leadership, became wealthier, more diverse, more economically powerful and more engaged in the world © Bonn-Sequenz/ullstein bild/Getty Images

Google goes it alone on chips The US tech giant plans to start using its own central processing units for its laptop and tablet computers around 2023, according to a Nikkei Asia exclusive. Read more in our latest editing of #techAsia — and sign up here.

Cryptocurrencies — are they here to stay or not? Join our Instagram live discussion with Alphaville reporter Jemima Kelly and tech correspondent Hannah Murphy today at 6pm BST.

Brixton: the black Silicon Valley? “As a black founder, you’re more likely to get skin cancer than funding,” says Karl Lokko. The London-based investor and his partner want to help black-led start-ups access funding by creating Europe’s first venture fund group that is “led by black founders for black founders”.

Call for entries: FT 1000 Europe’s Fastest Growing Companies 2022 Is your company among Europe’s 1,000 fastest growing? Apply for consideration in the FT’s sixth annual list by November 30, and explore the 2021 ranking here, which put UK energy provider Bulb Energy in the top slot.

Thanks to those who took our poll yesterday. Fifty-one per cent of respondents said employers should not offer fertility treatment benefits.

Book Towns are thriving around the world but Wigtown in Scotland, which might be more accurately called a Book Village, goes one better: giving visitors the keys to their own shop. Henry Mance leaves the algorithms of Amazon behind and enters a world of loveable junk. 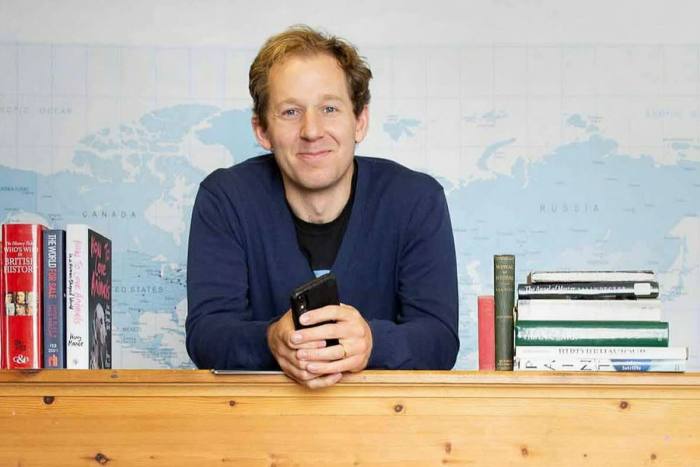 A few decades ago, Wigtown beat at least four other contenders to become Scotland’s National Book Town © Photographed for the FT by Julian Germain