Ukraine said it had evidence that a cyber attack against 70 government websites on Friday was likely to have been carried out by Russia.

The cyber attack came amid fears that Moscow may be planning military action against the country after security talks with the US and Nato failed.

“At the moment we can say that all evidence points to Russia being behind the attack,” Ukraine’s digital transformation ministry said in a statement yesterday. But Kyiv said the investigation was still ongoing and had yet to formally attribute the attack to Russia.

Stopping short of blaming Moscow, Jake Sullivan, national security adviser to US president Joe Biden, said: “It would not surprise me one bit if it ends up being attributed to Russia.”

Separately, Ukraine’s National Security and Defense Council said over the weekend that it suspected a hacking group tied to Belarusian intelligence had perpetrated the attack — suggesting Russia could have used its ally to create plausible deniability of its own involvement.

Belarus’s authoritarian government, which has spearheaded a rapprochement with Moscow after mass protests in the summer of 2020, has yet to comment on the allegations.

Ukraine’s western allies have warned that cyber attacks could be a prelude to further military aggression after Moscow amassed 100,000 troops near the border in recent months.

1. JPMorgan plots ‘astonishing’ $12bn tech spend The largest lender on Wall Street said it plans to dramatically increase spending on technology and talent to fortify its competitive position. But the forecast stirred investor worries about US bank earnings in 2022.

2. FBI identifies hostage-taker at Texas synagogue The gunman who took four worshippers captive on Saturday was a 44-year-old British citizen. The revelations came a day after a “tense hostage situation” near Dallas, where an armed man interrupted a religious service that was being live-streamed on Facebook. The hostage-taker died in a shooting.

4. Supply chain constraints may have peaked in 2021 Supply chain pressures remain well above their pre-pandemic levels, but there are signs that global trade relations could start to normalise this year — even as many countries face rising cases of the Omicron coronavirus variant and persistently high inflation.

5. Novak Djokovic leaves Australia after losing visa battle The unvaccinated tennis star has left the country for Dubai, after judges unanimously decided to uphold a government decision to cancel his visa. Novak Djokovic said he was “extremely disappointed” and will not be able to participate in the Australian Open, a tournament he has won nine times.

Sign up for the Scoreboard newsletter for more news on the business of sport, delivered to your inbox every Saturday morning.

Across the Globe, companies struggle with how to approach worker vaccinations.

Pandemic-era managers deserve our sympathy, according to the FT’s editorial board.

Covid hospital admissions hit a record high in the US but some patients are seeking care for reasons unrelated to the virus.

China’s zero-Covid policy risk causing greater disruption for manufacturers and supply chains than during earlier waves of the pandemic. Yet, the country’s trade surplus soared to $676bn in 2021, its highest level on record.

Hong Kong has no ‘timeline’ for lifting tough restrictions on international borders this year. The city’s zero-Covid policies is threatening Hong Kong’s place in the world.

Economic data China publishes its quarterly GDP data for the fourth quarter of 2021. What should we expect from China’s new economic data? Here are 5 things to watch ahead of Xi’s push for a third term.

EU elections The European Parliament elects its new president, following the death of David Sassoli last week. He is likely to be succeeded by Roberta Metsola, a Maltese MEP.

Martin Luther King Day Financial markets are closed today in the US.

Washington’s Wall Street problem There is outcry inside the US Congress over investments made by public officials, which have raised questions about unfair market opportunities and prompted lawmakers to ban active investing. Who among the powerful should be allowed to trade?

Afghanistan’s currency crisis leaves millions at risk of starvation The afghani has fallen almost 25% against the dollar since the Taliban seized power in August. The currency’s weakening has stoked the country’s economic meltdown and humanitarian crisis, as more than half the population faces food insecurity.

Chinese food: the beginning of a new ice age? As extreme lockdowns drag on in China, parts of the country experience food shortages. Frozen products may be the best way for the government to achieve greater food security.

‘What if the Bank of Japan blinks?’ Until last week, trade in the yen reflected an expectation that the Bank of Japan was unlikely to rock the boat with any significant change. But underlying inflation is creeping in the country, signalling that even Japan is not immune to the global trend.

Venezuela’s environmental crisis As the economy has imploded and oil revenue has dwindled, the Maduro regime has sought cash from elsewhere. Venezuela has thus started to exploit the country’s natural resources, and an ecological disaster is now threatening parts of the Amazon.

Where to find sun, sand and solitude in 2022? From Rajasthan to southern Mongolia, here are five fabulous desert escapes. 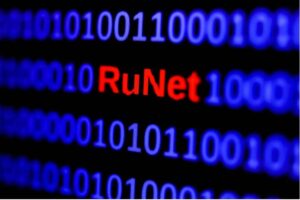 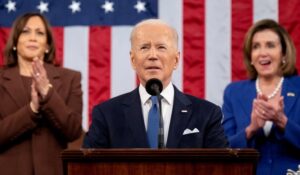 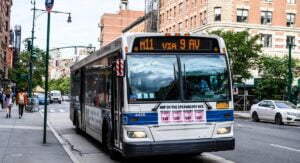