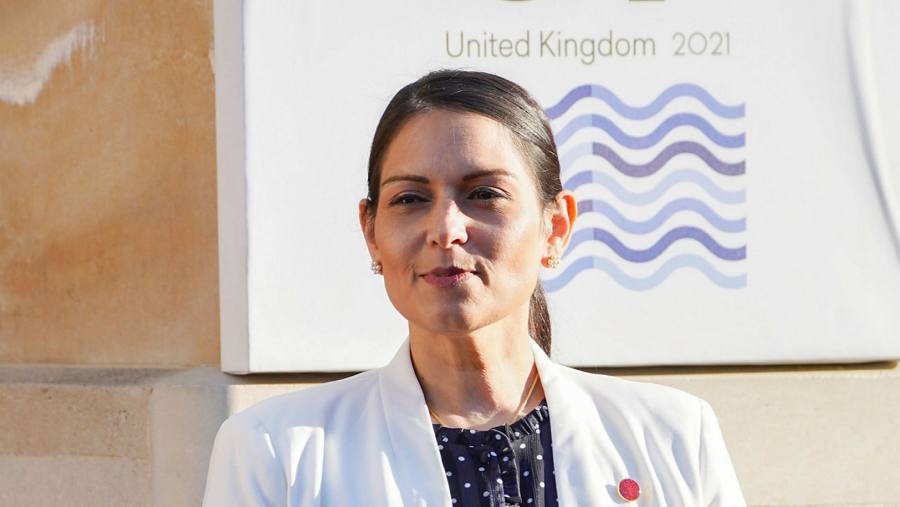 Sign up to myFT Daily Digest to be the first to know about UK immigration news.

In a letter to Patel seen by the Financial Times, Gérald Darmanin rejected proposals for a joint Franco-British command centre to deal with the problem; described plans for a joint intelligence unit on smuggling gangs as “premature”; rejected the possibility of a bilateral deal on migrant returns; and warned of the dangers of forcing migrant boats back towards the French coast.

The letter marked a setback for Patel’s efforts to press France into taking new action to prevent clandestine crossings after several reports on Tuesday indicated she would use a meeting with Darmanin on Wednesday to threaten to withhold £54m that the UK in July agreed to pay France to step up its patrols of its coast. The pair met after a meeting of G7 interior ministers in London as part of the UK’s chairing of the group of leading industrialised economies.

It was estimated more than 1,000 people crossed the English Channel in small boats on Monday — a record for the recent spike in small-boat migration. Darmanin’s letter was dated September 6, the day the record was set.

The Home Office’s sparse readout on the bilateral meeting made no mention of any threat to withhold the money.

It said: “The home secretary made clear that delivering results and stopping crossings were an absolute priority for the British people, and that tackling the scourge of illegal migration and organised criminal networks is a joint challenge that neither country can tackle alone.”


French interior minister Gérald Darmanin: “France still gives priority to a European solution, a process in which I hope the UK will get involved in its relations with the institutions of the European Union and other European partners” © AFP via Getty Images

Darmanin insisted in his letter that co-ordination between the two sides was already effective. “It does not require new structures to be created, as you propose, through a single, joint command centre for the forces,” he wrote.

The UK has consistently raised the possibility that it might strike deals with individual European countries to send back migrants who arrive in Britain via safe European states.

But Darmanin dismissed the possibility that France would contemplate such a deal.

“France still gives priority to a European solution, a process in which I hope the UK will get involved in its relations with the institutions of the European Union and other European partners,” Darmanin wrote.

The interior minister reserved his harshest criticism, meanwhile, for suggestions that the UK might try to force boats of migrants back towards French waters — a process described in international law as “refoulement”. He warned that any such action would harm relations between the two countries.

“The use of maritime refoulements to French territorial waters would risk having a negative impact on our co-operation,” he warned.

There have been around 13,500 arrivals in the UK via small boats so far this year — well above the 8,420 total for the whole of 2020. However, the overall numbers of people seeking asylum in the UK have declined this year compared with last because small-boat migration has supplanted other means of reaching the UK, such as hiding in trucks.

The Home Office did not immediately respond on Wednesday evening to Darmanin’s letter.

A reduction in the numbers of people arriving in the UK in small boats has been a political priority for the home secretary. The Nationality and Borders Bill, currently before the Commons, would make it for the first time a criminal offence to enter the UK without authorisation to seek asylum.

However, Darmanin insisted in his letter that France also faced unprecedented pressure from clandestine migration from other parts of Europe and had to limit diversion of resources to the Channel coast to the numbers previously agreed.

“The mobilisation of our forces at our southern borders, as well as at the EU’s borders through the Frontex Agency, must not weaken, when we know the risks of migratory movements which the crises in Afghanistan and Belarus are likely to generate,” Darmanin wrote.