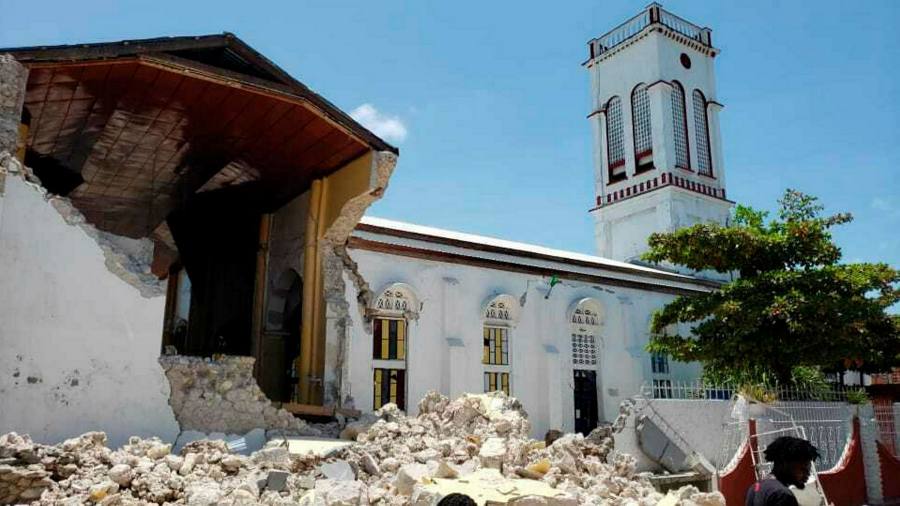 Sign up to myFT Daily Digest to be the first to know about Haiti news.

Haiti was struck by a huge earthquake on Saturday that was felt throughout the Caribbean and was even bigger than the quake that devastated parts of the country 11 years ago.

The US Geological Survey said the tremor had a magnitude of 7.2 and struck at a depth of 10km, making it more powerful and shallower than the 7.0 quake that wrecked much of the capital Port-au-Prince in 2010 and killed tens of thousands of people.

The USGS said: “High casualties are probable and the disaster is likely widespread. Past events with this alert level have required a national or international level response.”

There was no immediate official word of casualties. Haiti’s prime minister Ariel Henry said on Twitter the earthquake had caused “several” deaths and enormous damage to southern areas of the country.

Saturday’s tremor struck further from the capital than the 2011 quake — with the epicentre 150km west of Port-au-Prince near the town of Petit Trou de Nippes. One resident of the capital told the Financial Times that while “we all felt it” there was no immediate evidence of damage in the city.

In the worst-affected area on the island’s southwestern peninsula, however, damage seemed to have been extensive. Videos and photos posted on social media, which could not immediately be verified, showed houses reduced to rubble.

A Tsunami warning was in place and some videos showed residents running from their houses as water flowed through the streets.

Reuters news agency reported that the quake was felt as far away as Cuba and Jamaica.