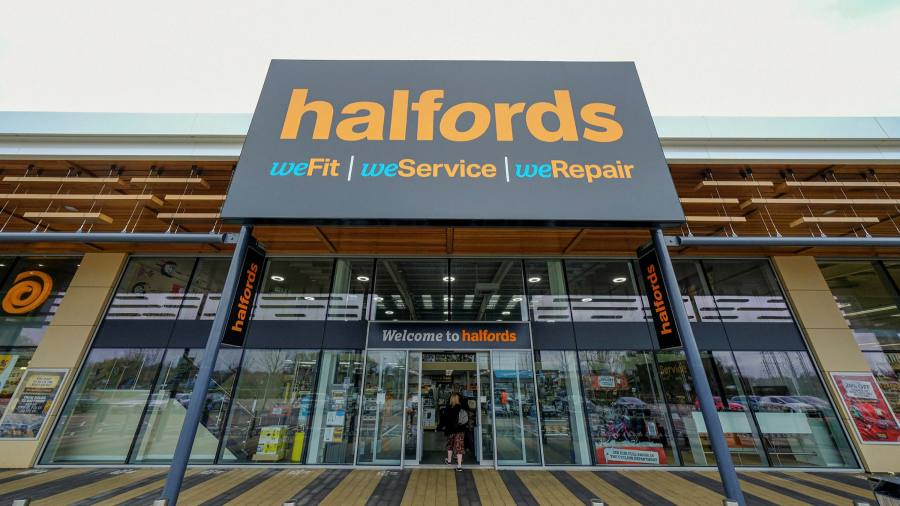 Sign up to myFT Daily Digest to be the first to know about UK retail industry news.

Halfords, Dunelm and Bakkavor have warned about supply chain bottlenecks and labour availability as a shortage of truck drivers in the UK combines with continuing disruption to container freight in Asia.

Retailer Halfords reported low availability of bikes throughout its last financial year as the “global cycling supply chain continues to experience considerable capacity constraints”. The adult mechanical category was particularly badly hit, contributing to “materially lower growth rates towards the end of the period”, the company added in a trading update on Wednesday.

Like-for-like sales of bikes in Halfords’ latest financial year dropped 23 per cent from a year ago, although were still up 24 per cent from its pre-pandemic level of two years ago.

Dunelm, which sells homeware and some furniture from out-of-town stores in the UK, also reported “supply chain disruption and inflationary pressures from raw materials, freight costs and driver shortages”.

But the group’s focus on smaller-ticket homeware meant it escaped the worst of the problems, allowing it to report a 26 per cent increase in sales for the year to June 26 and declare a 65p per share special dividend on top of its 35p full-year payout.

Like Halfords, Dunelm has prospered during the pandemic as consumers diverted spending away from holidays and going out towards improving their homes. Its shares rose almost 8 per cent in morning trade.

Halfords’ shares fell about 4 per cent in early London trading on Wednesday. They have risen 26 per cent so far this year, and are up 88 per cent over the past 12 months after repeated lockdowns in the UK along with government incentive schemes led to a boom in bicycle sales

Bakkavor, which supplies salads and ready meals to all the UK’s major supermarkets, said in its half-year results statement that it was facing “a unique set of challenges in labour availability” that was “impacting the entire supply chain, contributing to raw material price inflation and logistics disruption”.

Like the haulage industry, which is short of an estimated 100,000 drivers, food processing has come to rely heavily upon eastern European workers over the past decade. But many of these returned to their home countries after Brexit and during the pandemic.

In addition, food processing was one of the industries worst-affected by the so-called “pingdemic”, whereby staff alerted by the NHS Covid-19 app or contacted by track and trace had to self-isolate for 10 days. The rules around self-isolation were eventually relaxed in mid-August.

Bakkavor said it was working with customers and suppliers, looking for ways to work more efficiently and “taking measures to attract and retain colleagues effectively”.

However, all three companies remained upbeat about medium-term prospects. Halfords said total sales rose 10.5 per cent in the 20 weeks to August 20 when compared with the same period a year earlier, and were up 18.7 per cent from two years ago.

The group expected full-year profit before tax to be above £75m.

Dunelm said trading in the first 10 weeks had been “encouraging” and that profit for the current year would be “modestly ahead” of the highest analyst forecasts, while Bakkavor made no changes to its full-year outlook.