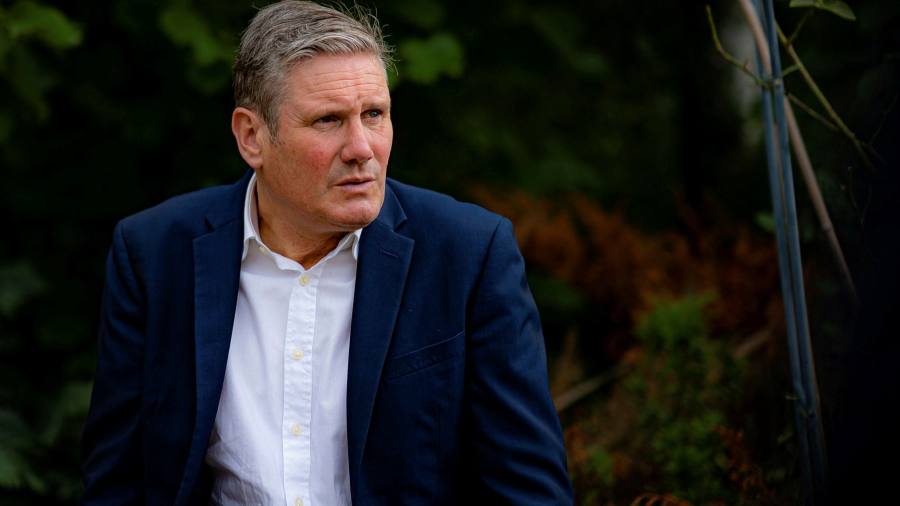 Sign up to myFT Daily Digest to be the first to know about Keir Starmer news.

The writer is a political strategist

Margaret Thatcher’s policy unit had a simple test for any proposals that came in from ministers and their departments: “Is there a more market-oriented solution?” There invariably was. The Blair government had a similarly blunt maxim: “What matters is what works.”

The difference between the lines is the difference between the two politicians. Thatcherism was an ideology. “Economics are the method; the object is to change the heart and soul,” Thatcher said. Blairism was pragmatism, a way of working. Now, with news that Keir Starmer, the leader of the Labour party, is drafting a 14,000-word pamphlet on his political philosophy, will we get a similarly sharp definition of Starmerism?

On the face of it, it seems unlikely. There’s the obvious problem that few will actually read it. In the “attention economy” three-word slogans are what is needed. “Get Brexit Done” got the job done — it delivered the first Tory landslide for over 30 years.

What’s Labour’s equivalent? The government has already grabbed “Build Back Better” for domestic policy, and “Global Britain” for foreign policy. The good news is that the best slogans and straplines don’t spring fully formed from PR professionals or focus groups. They are actually often generated by a piece of long-form thinking. In this I am more of a Brownite than a Blairite — Gordon Brown’s response to a political challenge is to write a 20,000-word pamphlet and give a “major” speech.

The point is that in politics you need to will the means as well as the ends. The failure of “levelling up” as a government strategy is that there was no prior analysis and exposition. Hence the extraordinary rambling speech made by Boris Johnson, the prime minister, in July, and the mordant comment on the UK government website that this was a “transcript of the speech, exactly as it was delivered”. No further comment needed.

The challenge for Starmer is to spell out what he stands for lengthily, and then pithily. This has, in reality, been the challenge of all British political leaders since the end of the Blair era — which really ended with the resignation of David Cameron and his New Labour-lite government.

Since then the presiding spirit of politics has been Milibandism — a programme of high tax, high spending, hostility to business and government intervention. Former premier Theresa May mimicked Ed Miliband, the ex-Labour leader, and Johnson has turbo-charged his policies. The difficulty is that Milibandism is not equal to the challenge of the age: how to avoid a second lost decade of growth in the UK, while transitioning rapidly to net zero carbon emissions. Where Miliband failed, Starmer must succeed.

As the economist Paul Krugman said: “Productivity isn’t everything, but in the long run it is almost everything”. How can we raise long-run productivity is the exam question. Or more bluntly: how we can we all get richer? By deploying capital, which is historically cheap, on something much more productive than reopening stations closed by Beeching. The project? The transition to net zero. Insulate homes — jobs for working-class tradespeople, lower energy bills for all. Densify towns and cities. Transform bus networks. Visible spend, tangible change — doing well by doing good.

Add a symbolic policy — say, taxing internet giants fairly to cut child poverty. And set some tests. By the next election, workers will feel the pain of tax hikes but not the gain of waiting lists being cut. Pose the questions Labour will ask. Do you think the NHS is better? Do you feel levelled up?

Finally, the three-word slogan? Lean in to Starmer’s character, and brand, as ex-director of public prosecutions. A former securocrat can offer “Security For All”. A safe place in a turbulent world.