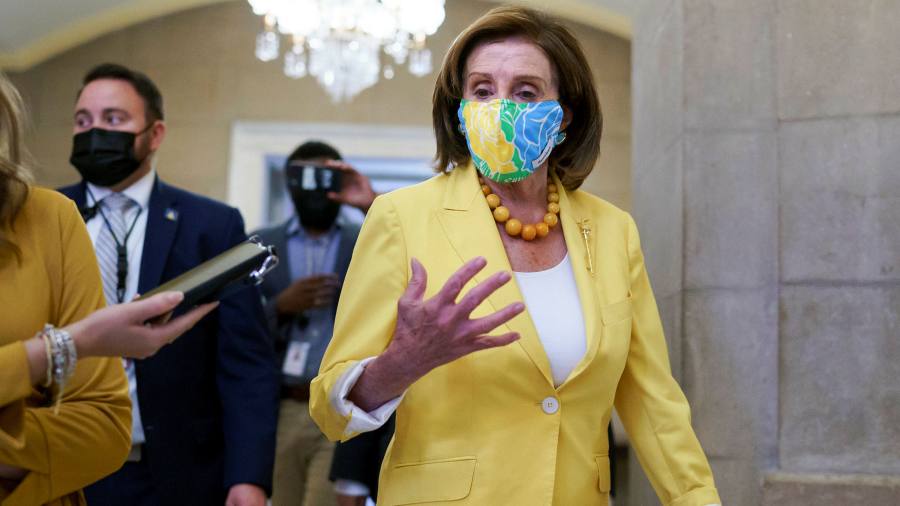 Democrats in the US House of Representatives have reached a deal on the framework for Joe Biden’s $3.5tn domestic spending package, after days of tense talks within the president’s party.

Tuesday’s intraparty agreement on the so-called budget resolution marks a crucial step towards the enactment of the president’s economic agenda, which calls for massive investments in the US social safety net, including education, child care and green energy.

The framework will allow House lawmakers to proceed with a more detailed version of the legislation later in the year. A vote is expected on Tuesday afternoon.

A group of moderate Democrats, led by Josh Gottheimer from New Jersey, had threatened to hold up the package absent firm guarantees that a separate $1tn bipartisan infrastructure package would be swiftly approved.

After days of negotiations with Nancy Pelosi, the House speaker, an agreement was reached that allowed the $3.5tn spending plan to move forward now, with the infrastructure bill set to be considered at the end of September.

House passage of the $3.5tn budgetary framework would represent a new milestone on the slow but steady march of Biden’s ambitious first-term economic agenda. In March, he signed a $1.9tn stimulus package into law, which included direct payments to millions of households, as well as an extension of jobless benefits and aid to state and local governments.

Biden has also vowed to revamp the economy more broadly with investments worth trillions of dollars to redress longstanding structural deficiencies and make the recovery from the pandemic more even.

While some Republicans have backed Biden’s $1tn plans for investments in physical infrastructure such as roads and bridges, they are opposed to the rest of his economic agenda, leaving Democrats to pass the $3.5tn package using their exceedingly slim majorities in Congress.

This has in effect given veto rights on the plan to each faction of the Democratic party, leading to growing intraparty spats over the legislation that party leaders and White House officials have been trying to patch up.