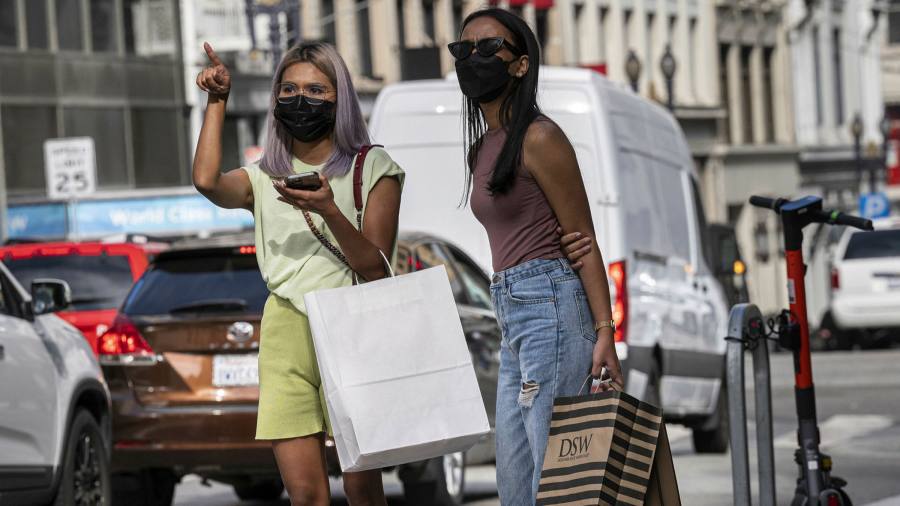 Sign up to myFT Daily Digest to be the first to know about Global inflation news.

Few questions are more fundamental for the future direction of the recovery from the coronavirus pandemic — and investors’ potential returns — than the path of inflation. High prices for stocks and bonds are predicated on monetary policy remaining easy and interest rates low. Rising inflation would demonstrate how widespread the reported shortages and bottlenecks really are, and in turn how much, whatever their impact on interest rates, they will limit the ability of the economy to grow.

Yet despite the importance of the question, a clear answer remains elusive. Figures published last week from the US and UK pointed, on the surface, in opposite directions. The headline rate of inflation fell in the US in August, from 5.4 per cent to 5.3 per cent, while across the pond the rate increased to 3.2 per cent, from 2 per cent. Despite the main UK figure being distorted by comparisons to a year ago — last August restaurant visitors were enjoying the Eat Out to Help Out subsidy and a value added tax break for hospitality — the British month-on-month increase was the fastest on record.

As lockdown restrictions have eased, inflation hawks have argued that recent increases are likely to be just the first tremors of a more permanent “regime shift” in the behaviour of economies that, before the pandemic at least, had not seen sustained rates of high inflation for decades. Doves, on the other hand, point out that much of the increase has been due to the particular oddities of economies moving out of a pandemic-induced deep freeze. Some friction was understandable as spending habits quickly readjusted and production had to catch up.

Hawks focused on the dramatic increase in the headline rate — reaching 5.4 per cent for the US in July, the highest rate since 2008 — while doves urged a closer examination of details which showed that just a handful of unusual goods were responsible for the increase. US used car prices, for instance, were around a third higher in August than a year before; in the UK they were about 18 per cent higher. Prices for lumber, a bottleneck holding back construction in the US earlier this year, have now cratered.

The latest data invite a reversal of those positions: while inflation fell in the US in August the breakdown suggests price pressures are broadening out. The cost of renting houses — where prices are stickier than they are on second-hand car lots — was 0.3 per cent higher in August than during July, leaving it 2.5 per cent higher than a year ago. That suggests landlords, as well as renters, are now anticipating that higher price pressure is here to stay. Indeed, American consumers’ inflation expectations rose for the tenth consecutive month.

Retail sales data complicate the debate further. In the US, the Delta variant appears to have done little to dim consumers’ appetite to spend — potentially producing even more inflationary pressure. Retail sales rose in August, although possibly shoppers switched spending from restaurants and bars. But UK retail sales fell unexpectedly for the fourth month in a row, perhaps as the reverse happened.

The picture may still be murky but the outlines are becoming clearer. The doves were right that the stunning inflation numbers earlier this year were distorted by temporary factors; August’s decline in US inflation is partly explained by a slight fall in used car prices. Hawks were right, however, to worry that these temporary factors may become embedded in more long-term expectations. Central banks have already set out how they plan to “taper” their support. Now they should stand ready to accelerate such plans.