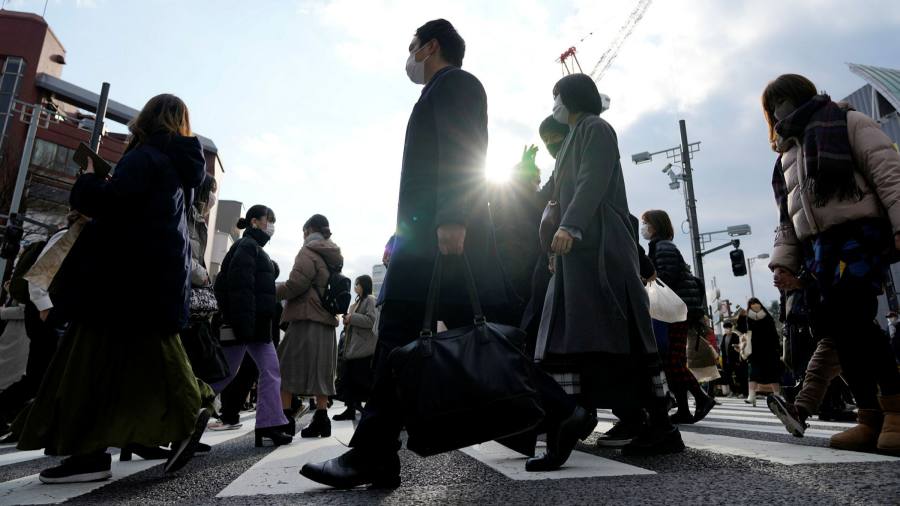 In his speech at the opening of parliament this month, prime minister Fumio Kishida vowed to broadcast Japan’s attractiveness to the world by getting sake registered with Unesco as a cultural resource.

It was a pledge that leaves sake with some formidable schmoozing to do. Japan, as the pandemic and politics stand, seems to be falling ever harder and faster into a charm deficit.

Japan’s responses to the pandemic have included restrictions that have heavily limited new foreign arrivals — whether on tourist, work, research or student visas — since March 2020. An estimate by the Nikkei newspaper in October put the number of would-be entrants waiting in vain frustration to be allowed in at 370,000. Many of those, if anecdote and the volume of online exasperation are any guide, may have since given up on Japan altogether.

A jarring exception, of course, was made last summer for the tens of thousands of athletes, teams and Olympic officials granted entry for the postponed Tokyo 2020 games. Even without the feared Olympic spike in cases this looked then, as now, like a weasel-waiver doomed to be cited by critics as evidence of the government’s inconsistency.

And in the face of Japan’s continuing intransigence at its borders, those critics are becoming unusually diverse and vociferous. Japan’s self-isolation and other measures to protect its citizenry sit only at the fiercer end of a spectrum of national strategies. Its comparatively low Covid mortality rates, in a country with almost 30 per cent of the population over 65, are a solid rhetorical shield. But, as a consequence of the many years Japan has spent marketing itself as open-armed to tourists, investors, researchers, students and business, the wholesale evaporation of welcome is striking. Never, said one senior Japanese diplomat, has so much soft power been shed so quickly.

Another interpretation, though, is that Japan is progressing further with an experiment it never dreamt it could run but which Covid has suddenly transposed from the theoretical to the practical: a “what if?” test of life without immigration.

Foreign and domestic lobbies have within recent weeks begged Japan to rethink its policies — not just for the immediate sake of the visa-holders and applicants, but for the reputation and long-term good of the country. Academics have warned of a long-term threat to research and the future impossibility of attracting talent from abroad. Bankers fear that the bar on visitors is helping global funds decide they can turn their attention away from a once un-ignorable market. Last week, the former head of the American Chamber of Commerce said that the ongoing bar would deter businesses and undermine Tokyo’s efforts to become a global financial centre.

Japan, as many have liked to point out in recent months, has been here before. Between the mid 17th and 19th centuries, the country severed almost all contact with the outside world in what became known as the sakoku (closed country) period. Its modern era began, painfully, with the forced recognition that seclusion had made it weaker.

None of it, for now, appears to be making much difference. The politics of keeping the borders closed are as close to a no-brainer as these things get. Tourist-facing industries may be in pain, while others that depend on foreign labour foresee real trouble. But the voting public is overwhelmingly supportive of a policy that has as yet come without a price heavy, visible or immediate enough to convince anyone it is wrong.

Until that price becomes painful, or the pandemic ends, Japan can proceed with its zero-immigration experiment. Success depends on which side of the debate one falls. If Japan manages to muddle along without calamity, it will delight those who are simply grumpy about the pre-Covid influx of foreigners and those who actively believe that Japan might evolve either more excitingly or comfortably in a Galápagos-style state of isolation. Others will feel grimly vindicated if the warnings of dire consequence all prove accurate.

Probing Japan’s past and concluding that the country has, by some historic propensity, now embraced a “neo-sakoku” policy overplays its likely longevity and obscures the importance of this moment. For many years, even as the influx of foreigners has risen and anyone serious has seen that Japan’s future depends on a steady supplement for its falling birth rate, Japanese politics has meticulously avoided a full debate on immigration.

It may manage to do so for years to come. But however unhappy its origins, this experiment has at least provided Japan’s future policymakers with a way to frame such a debate: whether the great Covid-sakoku episode was proof of resilience or of vulnerability.