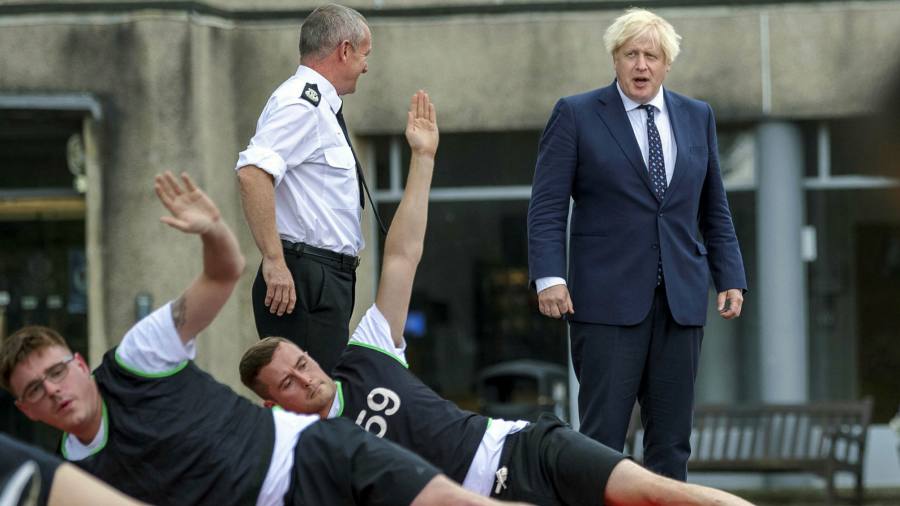 Sign up to myFT Daily Digest to be the first to know about Scottish independence news.

Nicola Sturgeon on Wednesday described Boris Johnson’s decision to snub her invitation to discuss the recovery from the Covid-19 pandemic during a two-day tour of Scotland as a “bit odd”.

Johnson and Sir Keir Starmer, the Labour leader who was also visiting Scotland, both attempted to keep their distance from the Scottish National party leader and first minister who poses a significant political threat to both of them.

Johnson, who visited a police college near Falkirk — some 30 miles from Sturgeon’s Bute House residence in Edinburgh — said he hoped to meet the first minister “soon”.

But with the future of the UK union under threat from Sturgeon’s push for another independence referendum, his advisers want Johnson’s visits to Scotland to become more routine and an expression that he remains prime minister of the entire country. They claim Sturgeon likes to give the impression he is visiting a foreign country.

Sturgeon said it would have been a good chance to have face-to-face talks with Johnson to co-ordinate the recovery from Covid-19. “I think most people will think it’s a bit odd, and a bit strange,” she added.

It is Johnson’s first visit to Scotland since January and his first since Sturgeon was returned as first minister in May’s Holyrood election, which produced a pro-independence majority.

Johnson is determined to avoid a repeat of the 2014 independence referendum; Tory officials say he is conscious that not many leaders survive the break-up of their own country.

Senior ministers are careful not to say an outright “No” to a second Scottish independence referendum, but instead find different ways of saying that now is not the right time.

The prime minister argues that Sturgeon should concentrate on fighting the pandemic and dealing with its aftermath — a task which ministers suggest could last beyond 2024, the last possible date for the next UK general election.

Michael Gove, cabinet office minister, told the Sunday Mail this week: “The principle that the people of Scotland, in the right circumstances, can ask that question again is there.”

But he added: “If it is the case that there is clearly a settled will in favour of a referendum, then one will occur.”

Gove has previously said that a referendum was unlikely to happen before the next general election. Westminster’s approval would be needed for Sturgeon to hold a legally watertight plebiscite.

During the May Holyrood elections, Sturgeon, who went on to win her fourth consecutive victory, campaigned on the manifesto pledge to hold a second referendum by the end of 2023. 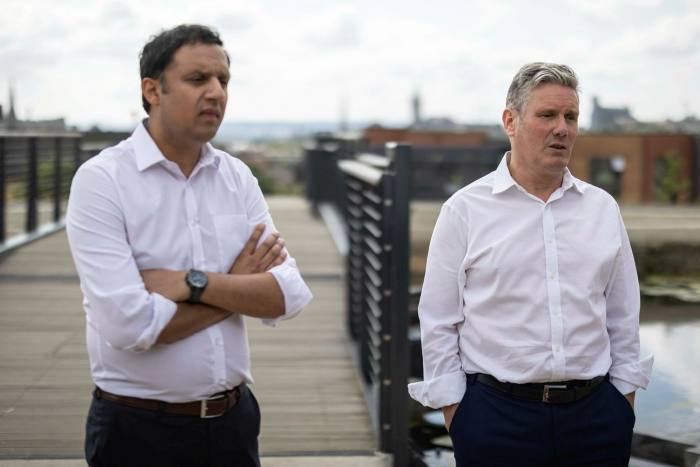 Meanwhile, Starmer also tried to keep his political distance from Sturgeon on his visit to Scotland, insisting he would not do a deal with the SNP to get him into Downing Street at the next election.

On a visit to Glasgow on Wednesday, he tried to dispel the idea that Labour might offer the SNP another Scottish independence referendum as the price of an electoral pact — or post-election deal — with Sturgeon.

He told the Daily Record on Wednesday: “There will be no coalition going into those elections and no coalition coming out of it.”

The Conservatives have claimed in recent elections that voting Labour would put the union at risk. In 2015, the Tories put up posters depicting the then Labour leader Ed Miliband in the pocket of Alex Salmond, the former SNP leader.

Starmer’s insistence that there will be no Labour deal with the SNP may not completely counter the Tory attack line, given the current electoral arithmetic: the SNP has 45 MPs at Westminster, while Labour won just one seat north of the border in 2019.

Unless Starmer and Anas Sarwar, leader of Scottish Labour, can reverse that situation, the SNP would still wield considerable influence in a hung parliament and could frustrate any minority Starmer government.

Labour’s decline in Scotland has been dramatic; as recently as 1997, under Tony Blair, Labour won 56 seats in Scotland, while the SNP won just six. Shortly afterwards Blair devolved power to a restored Scottish parliament.

In May, Labour won only 22 seats in the Scottish parliament, its lowest number of seats since devolution, although the party is showing some signs of recovery under Sarwar’s leadership.