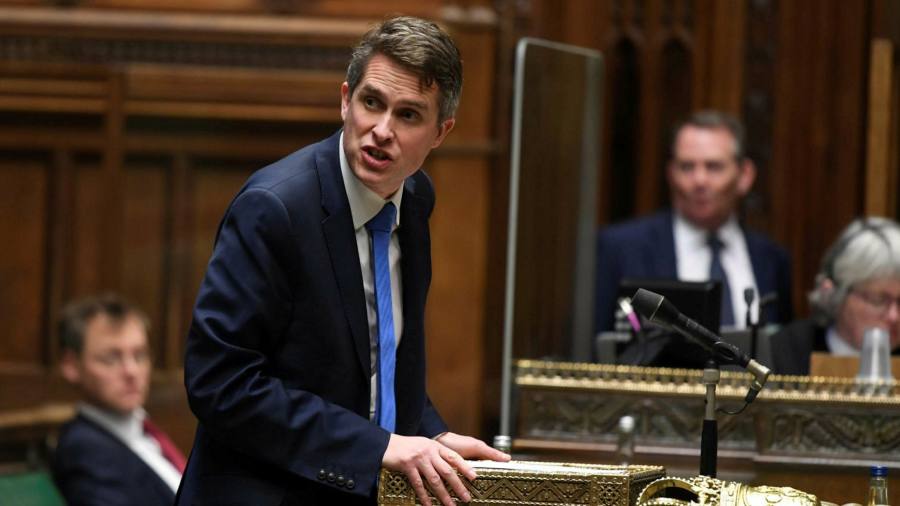 Boris Johnson is expected to delay his much-awaited Cabinet reshuffle until after the COP26 climate change summit in November, and to when the government is confident that the worst of the pandemic has passed.

Allies of the UK prime minister said he was eyeing up two reshuffles ahead of the next general election, which must be held before 2024, with the aim of eventually giving a completely new face to his government.

Pressure is building from Conservative MPs to refresh his top team this autumn, including changing the education secretary Gavin Williamson who is tipped by government insiders to be replaced by Kemi Badenoch, the equalities minister. But Johnson is likely to resist any decisions until later this year or early 2022.

One Cabinet minister said the reshuffle would be delayed until after the COP26 conference in order to find a new job for Alok Sharma, president of the summit.

“The sense now is there won’t be a reshuffle after COP because Alok will need to be found a job and the PM is very fond of him. It’s likely November or possibly January, a new year and a new start.”

An ally of Johnson confirmed “it is more likely to be new year than before”, adding that he was nervous about creating enemies among Tory MPs denied promotions.

“The chief whip is telling him any reshuffle risks creating a set of equally annoying but potentially more effective [Tobias] Ellwoods,” a reference to the chair of the defence secretary committee.

Johnson is expected to use the reshuffle to bring back key allies into the government, including former trade minister Conor Burns and housing minister Simon Clarke. His appointment of Sajid Javid as health secretary in June was one of the reasons a wider reshuffle has been delayed.

Williamson is among those regarded by Tory MPs as likely to lose his job after last year’s exam fiasco. However, the former chief whip has a renowned “black book” of party secrets and could be a danger to Johnson on the backbenches.

One option would be to make Williamson Leader of the House of Commons, replacing Jacob Rees-Mogg, who has previously been mooted as a Treasury chief secretary — the minister in charge of public spending.

Michael Gove, Cabinet Office minister who turned against Johnson in the 2016 Tory leadership contest, is valued by No10 for his political skills and some in government believe he could replace Priti Patel as home secretary.

Dominic Raab, foreign secretary, is not part of Johnson’s inner circle and if he were to be moved to another post, it would clear the way for a wider shake-up. Liz Truss, trade secretary, is thought to be popular with party members for her energy in pursuing post-Brexit trade deals.

Anne-Marie Trevelyan, who served as international development secretary until Johnson closed the department, is tipped for a cabinet return.

The next reshuffle will also “break the seal” on the 2019 intake of Tory MPs, promoting some into the ministerial ranks as part of a two-part strategy to refresh his team, party officials say.

The prime minister’s advisers expect him to carry out the reshuffle when the worst of the pandemic has passed. “Boris wants to clear the deck and reset his government but he can only do that when Covid is in the rear-view mirror,” said one.

Among the 2019 intake of 107 Tory MPs who have caught the attention of Johnson’s advisers are Claire Coutinho and Laura Trott, both former ministerial advisers and now parliamentary aides.

Andrew Griffith, formerly Sky’s chief financial officer, “would walk into any ministerial role”, according to one senior Conservative. Angela Richardson, a former investment banker, is also highly rated by party whips, along with James Sunderland, a former army colonel.

Jacob Young, MP for Redcar in the Tees Valley and a former technician at a petrochemical company, is also tipped for a ministerial role as Johnson looks to give his front bench team more of a northern edge.

Meanwhile, a number of junior ministers have impressed party managers and could move closer to the cabinet: they include health ministers Jo Churchill and Edward Argar, procurement minister Jeremy Quin and City minister John Glen.