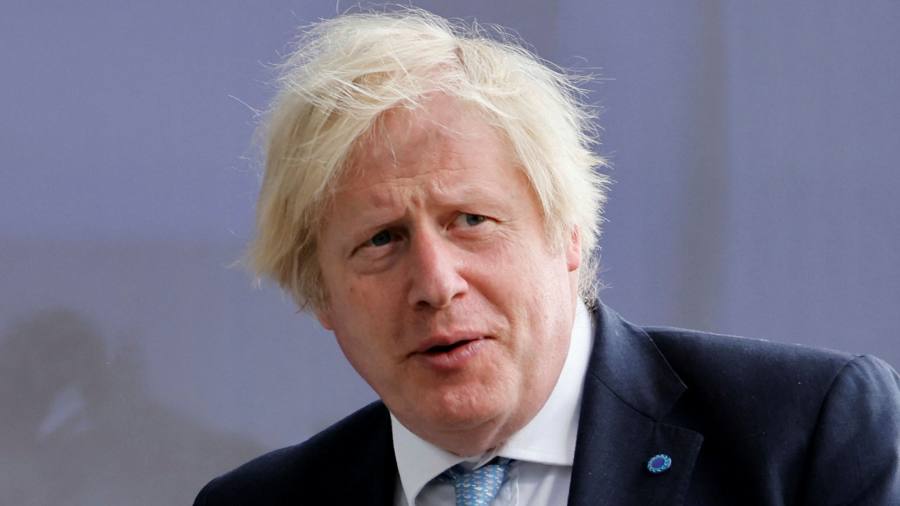 Boris Johnson is braced for criticism by senior MPs over the UK’s role in the Afghanistan crisis, despite announcing a new scheme to allow thousands of refugees to claim asylum.

In a half-day debate on Wednesday, the prime minister will address the House of Commons in a rare sitting in August and will defend Britain’s response to the Taliban’s rapid takeover of the country as well as the UK’s efforts to withdraw British and Afghan nationals.

The UK has 900 troops in Afghanistan to help the evacuation efforts of 3,000 British and dual-nationals and a similar number of Afghans who worked alongside UK forces. British combat troops left Afghanistan in 2014.

In response to mounting international concerns over the humanitarian situation, the Home Office announced a programme aimed at assisting up to 20,000 people over the long term to relocate from Afghanistan to the UK.

Up to 5,000 Afghans fleeing the Taliban will be allowed in to Britain during the first year of a resettlement system that will give priority to women, girls and members of religious and other minorities.

“I want to ensure that as a nation we do everything possible to provide support to the most vulnerable fleeing Afghanistan so they can start a new life in safety in the UK,” said Priti Patel, home secretary.

Johnson said: “We owe a debt of gratitude to all those who have worked with us to make Afghanistan a better place over the last 20 years . . . I am proud that the UK has been able to put in place this route to help them and their families live safely in the UK.”

But he is expected to face criticisms of the UK’s humanitarian response to the fall of Afghanistan and the government’s preparedness. In July, he had said “there is no military path to victory for the Taliban”.

Before MPs, Johnson will also discuss the UK’s efforts to convene other nations to co-ordinate and shape the west’s response to the Taliban takeover. One Downing Street official said: “It’s the most powerful weapon we’ve got.”

On Tuesday, he warned Imran Khan, Pakistan’s prime minister, in a telephone call that any new Afghanistan government should not be recognised prematurely and should be done “on an international, not unilateral basis”.

The UK prime minister also told Khan that “the legitimacy of any future Taliban government will be subject to them upholding internationally agreed standards on human rights and inclusivity”.

The Johnson government has been criticised by several senior MPs from the Conservative party for its role in the withdrawal.

Tom Tugendhat, chair of the foreign affairs select committee, described the withdrawal as “the biggest foreign policy disaster since Suez”. Tobias Ellwood, the Tory chair of the defence select committee, has warned that Afghanistan risks becoming “a haven for terrorism to flourish and it will soon become a battleground for neighbouring giants to exert their proxy influence”.

MPs are also likely to question Johnson on his absence from Number 10 on Saturday, when he departed for a one-day holiday. Dominic Raab, foreign secretary, was also on holiday in Crete over the weekend, before he was recalled to London.

Sir Keir Starmer, leader of the opposition Labour party, said ministers were “missing in action at this vital time”. He added: “Speak to anybody who has any experience of Afghanistan and they will tell you that it was obvious last week that we were heading to a very serious situation.”

In its efforts to withdraw nationals, the UK has the capacity to airlift 1,000 people from Kabul each day.

But Vice-Admiral Sir Ben Key, chief of joint operations who is managing the evacuations, admitted on Tuesday that British forces were working with the consent of the Taliban and might have to pull out if permission for flights were blocked.

“Currently [the Taliban] are respecting the agreement they have with the United States,” he said. “They are allowing us to go about our business but we have to be pragmatic and honest: the Taliban are controlling how and what we can achieve and at some point they may remove their consent.”