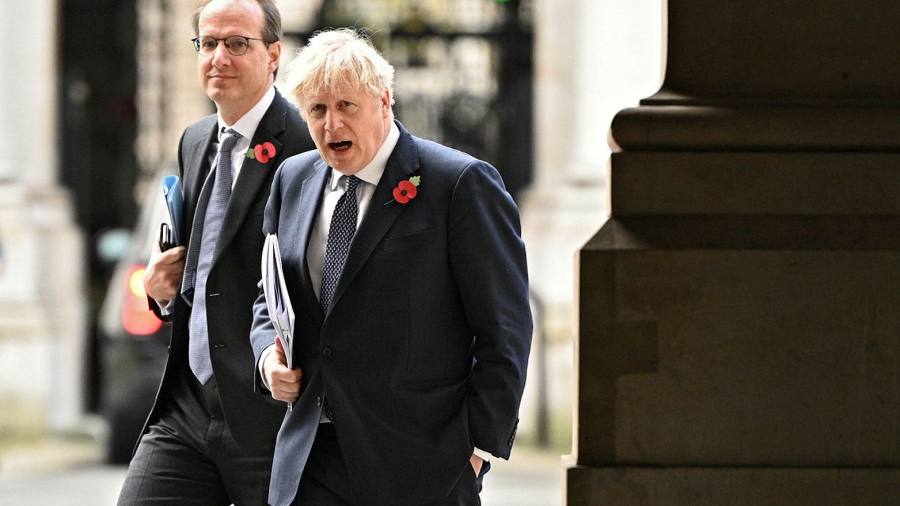 Another day, another allegation of a Downing Street party at the height of the coronavirus pandemic, flouting lockdown restrictions of the government’s own making. Accusations of rule-breaking at the heart of Westminster are now commonplace, but they are no more acceptable. Until now, Boris Johnson has somehow managed to dodge the clouds of cronyism and dishonesty that loom over his leadership, retaining his party’s support as a vote-winner. The most recent scandal is different because it implicates the prime minister directly. It is different because this is a scandal whose inequity voters understand and feel keenly. It is different because hiding behind the fig leaf of a civil service inquiry risks compromising the integrity of the Conservative party, not just that of the prime minister.

May 20, 2020 marked the death of 328 people in the UK from Covid-19. Lockdown rules at the time in England limited socialising to one other person, more than two metres apart in an outdoor public space — as the culture secretary, Oliver Dowden, reminded the nation that evening. As he spoke, trestle tables were being set up for a “bring your own booze” party for around 100 Downing Street staff, invited by the head of Johnson’s private office, Martin Reynolds, to “make the most of this lovely weather”, according to an email leaked to ITV News. Drinks were held in the garden of Downing Street, both the home and office of the prime minister, who had only recovered from a bout of coronavirus that necessitated intensive care a month before.

Indefensibly, Johnson has refused to confirm that he allowed the party, or attended it, despite eye-witness accounts that he did. By contrast, his absence — and that of most of his front bench — was notable during an urgent question over the matter posed in parliament on Tuesday by the opposition. Instead it was left to Michael Ellis, paymaster general, to confront the understandable fury — and in one case, tears — of MPs who relayed how in May 2020 they could not comfort dying relatives, attend funerals, or hold the hand of a wife in labour because they chose to abide by government rules. Ellis stuck to the line that the matter is being investigated by Sue Gray, a senior civil servant already probing whether other parties on government premises broke lockdown rules.

The matter deserves independent scrutiny, not least because over 2,000 ordinary citizens in London alone have been prosecuted for breaking lockdown rules, including for throwing parties. But without detracting from the seriousness of Gray’s potential findings, it does not take an inquiry to establish whether Johnson attended the party on May 20, as he and his ministers must be well aware. Playing for time by refusing to “prejudice” Gray’s inquiry before her report is published — which could be paused should the police decide to take up the matter — is cynical in the extreme. Johnson can, and should, give a full account of his whereabouts on May 20 at the earliest opportunity.

Johnson’s relationship with the truth has been strained at times during his career as a journalist then politician. Bluster is his instinctive redoubt. But there is the danger that photographic evidence could appear — as it has in other damaging recent leaks — to support claims he was at the party. If he did attend, he should waste no time in apologising in the most profound terms he can muster. Without such candour, his ministers are being put in a position where they must defend the indefensible: one rule for them and another for everyone else, undermining the very foundation of our democracy.