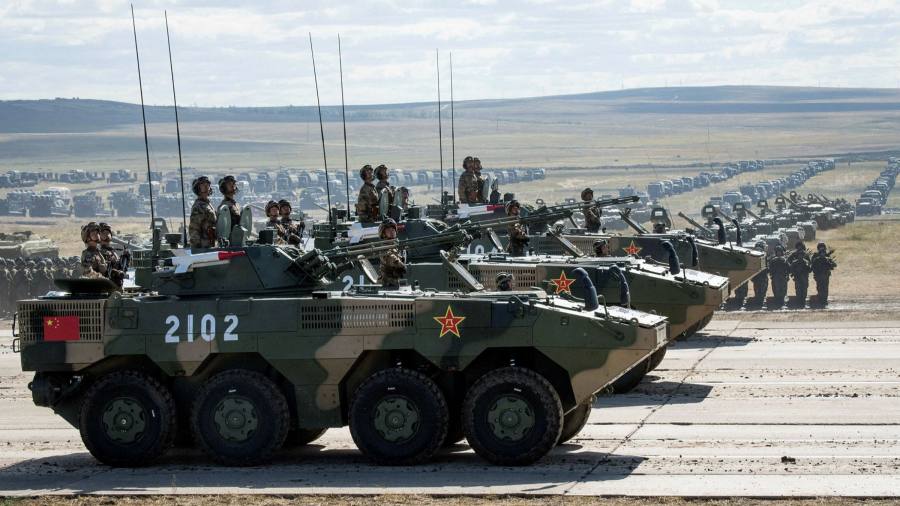 Russian forces are participating in a regular Chinese military exercise for the first time this week, stoking concerns among western analysts that the two US adversaries are developing joint operational capabilities.

Joint Western 2021, a drill in the western region of Ningxia involving more than 10,000 troops, focuses on early warning and reconnaissance, electronic warfare and joint attacks, according to statements from the Chinese and Russian defence ministries.

With the US withdrawing its remaining forces from Afghanistan, and after both Beijing and Moscow have had contact with the Taliban, the drill is being closely watched for signs that Chinese and Russian forces are learning to co-ordinate missions and conduct joint operations.

“This is the first time the Chinese are really delving in, letting the Russians participate in one of their own exercises,” said Roderick Lee, research director at the China Aerospace Studies Institute at Air University, backed by the US air and space forces.

“The dedicated bilateral drills they often do are aimed at developing the relationship rather than actual war-fighting capabilities.”

Russia’s decision to participate was “undoubtedly a step towards deepening interaction and military co-operation”, said Mikhail Barabanov, director of the Centre for Analysis of Strategies and Technologies, a Moscow-based defence think-tank. “It seems like this co-operation will deepen sooner [than expected], involving all the new strategies of both parties.”

Although Moscow and Beijing insist that their relationship is not a formal defence alliance, analysts believe the two militaries could grant access to each other’s electronic communications systems and build joint command structures.

“I am somewhat hesitant when they are saying this is not an alliance,” said Lee. “If we see them operating side by side and they start sharing some intelligence and communications, then there will be some interoperability in a conflict or crisis.”

Chinese military media at the weekend said Russian soldiers would be given access to Chinese armoured vehicles for the first time. “The question is whether they are allowing the Russians to access some of the information systems on that,” said Lee. “The Russians might start giving China some access to their space-based assets or communications assets. That is the direction I get the sense they are moving towards.”

When the Chinese and Russian militaries began joint exercises in 2005, they only partnered in the annual Peace Mission drill under the Shanghai Cooperation Organisation, traditionally focused on countering insurgencies in central Asia.

But since 2012, Russia and China have been holding regular bilateral naval drills. Since 2018, the People’s Liberation Army has participated in three of Russia’s annual strategic exercises, held in the eastern, central and southern parts of Russia.

However, the PLA is expected to skip the big exercise coming up in western Russia this year.

“China cleverly dodged the question whether to bring their ground forces right up to Nato’s eastern borders by making this exercise in China a substitute for participation in the Russian one,” said Richard Weitz, director of the Center for Political-Military Analysis at the Hudson Institute, a Washington think-tank.