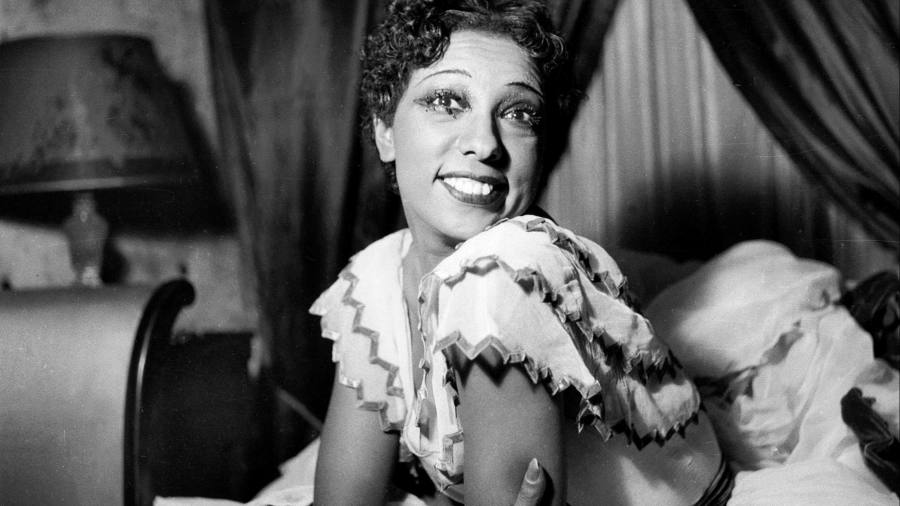 Sign up to myFT Daily Digest to be the first to know about Josephine Baker news.

Some foreign visitors may have no idea who she was, but there is already a Josephine Baker Square and a Josephine Baker swimming pool in Paris, and Josephine Baker streets in towns across France. For Ernest Hemingway, she was the “most sensational woman anybody ever saw. Or ever will”. Charles de Gaulle attended her first concert in the French capital after the city was liberated from the Nazis.

Now the US-born showgirl-singer turned resistance agent and civil rights campaigner, who died in 1975, has received the ultimate accolade of the French state: President Emmanuel Macron announced this week that she would be commemorated in the Pantheon in Paris alongside giants such as Victor Hugo, Alexandre Dumas and Marie Curie. She will become the first black woman to be thus “panthéonisée”.

Eight months before the next presidential election, Macron’s announcement that a woman who “embodied the spirit of France” and “was engaged in all the struggles that unite citizens of goodwill in France and throughout the world” was welcomed and judged a politically savvy move that ticks the right boxes of race and gender. His predecessor, the Socialist François Hollande, turned down the same petition to honour a woman celebrated by the French left.

Baker’s elevation to the Pantheon is aimed at healing the wounds of a nation divided in itself — especially over race, immigration and feminism — and that has a sometimes awkward relationship with its old ally the US: “J’ai deux amours/ Mon pays et Paris” (I have two loves, my homeland and Paris) is her most famous song.

France, which welcomed Baker with open arms from a segregationist America in the 1920s, also wants to reassert its role as the “land of asylum”, this time for Afghans fleeing the Taliban.

Even Marine Le Pen, leader of the anti-immigration Rassemblement National party, felt obliged to welcome the entry into the Pantheon of “a great artist, inspired by love of France and of the liberty for which she fought”. Only the occasional grumbling was heard from Macron’s opponents on the left. Priscillia Ludosky, an activist who helped launch the gilets jaunes protests in 2018, wondered if Macron was choosing to make this statement about racial inclusiveness with Baker because it was the one that involved “the least commitment” on the government’s part.

Roland Lescure, a member of parliament for Macron’s party who represents voters overseas, emphasised the importance of the Pantheon as France’s non-religious temple where people could commune with the great spirits of the past. “We are secular, but we have rituals,” he said, adding that Baker’s arrival on November 30 (her physical remains will stay in Monaco) was “a very good symbol of inclusiveness, of unity and of openness to the world”.

Baker, born in poverty in St Louis, Missouri in 1906 and twice married by the age of 15, straddled entertainment and politics and had a romantic rags-to-glamour life story: a vaudeville dancer and singer who went on to campaign for civil rights in the US with Martin Luther King and was decorated by her adopted country for her work in spying for the French resistance during the war.

Her big break was in La Revue Nègre in Paris in 1925, and while she played to the racist tropes of the era — in Danse Sauvage she wore little more than a string around her waist threaded with artificial bananas — she came to love Paris and France, married two Frenchmen while reputed to be bisexual, and bought a château in the Dordogne, adopting 12 children from different countries.

“Yes she danced with bananas but she didn’t give a damn — thanks to that she emerged from anonymity and ended up in the resistance,” said Lova Rinel, vice-president of the Representative Council of Black Associations in France. “So in France it started badly but finished well.”

Rinel, “very happy and very proud” to have Baker in the Pantheon, said she embodied the best of democracy and the fight for civil rights in the US and France. “Democracy is about diversity, and the honouring of Josephine Baker at the Pantheon is really about that idea.”

Or, as Brian Bouillon-Baker, one of her adopted sons, told Le Parisien: “She loved France, and France loved her back.”