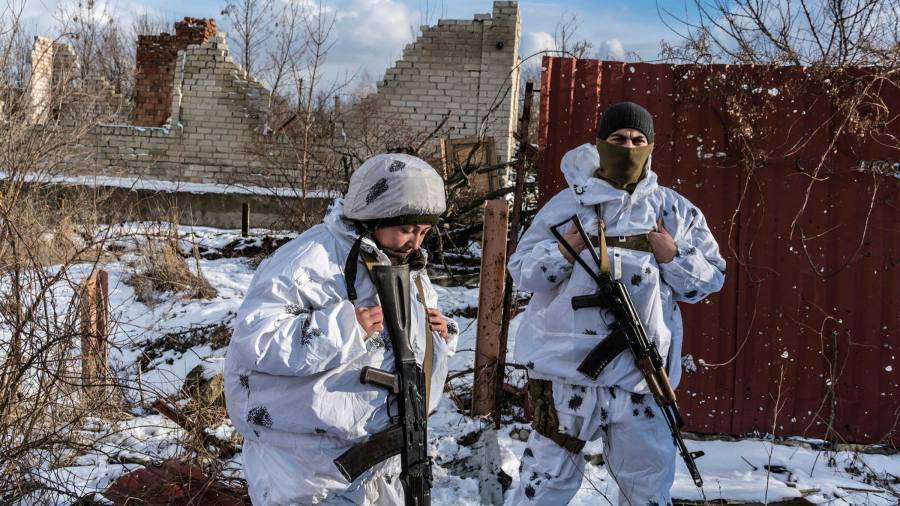 Nato’s promise to one day admit Ukraine into the fold was an “ugly compromise”, but was not to blame for the threat of conflict with Russia, the military’s alliance’s former secretary-general has said.

Jaap de Hoop Scheffer, who as head of Nato declared in 2008 that Ukraine “will become a member”, told the Financial Times that Vladimir Putin’s demands for the alliance to abandon that pledge was a false pretext for the Russian president’s “revanchist crusade”.

“He’s a guy whose world broke apart in 1989,” said de Hoop Scheffer, referring to the tumultuous events of that year, which included the fall of the Berlin Wall, that preceded the collapse of the Soviet Union. “Whatever Nato would have agreed . . . Putin would be the same Putin.”

He continued: “Giving in on Ukraine now is the wrong way to go . . . because nobody can guarantee that [Putin’s] appetite will not grow. Putin wants much more than Ukraine and Georgia. Belarus, Moldova, Armenia: he wants his empire back.”

Russia claims that Nato broke agreements struck after the Soviet Union’s demise not to expand into Moscow’s former satellite states. Nato has insisted that sovereign states have the right to choose their own foreign, defence and security policies.

In negotiations this month, Russia has demanded the US and Nato vow never to admit Ukraine and Georgia into the alliance as part of a series of agreements it said it required to safeguard its security. The Kremlin views absorbing Ukraine as the red line the US-led alliance must never cross.

Moscow has stationed more than 106,000 troops close to the border with Ukraine and threatened a “military technical” response if those demands are ignored.

Nato’s Ukraine pledge, given at a stormy summit in Bucharest, represented a messy consolation for supporters of Kyiv’s membership — led by then-US president George Bush — who were defeated in an attempt to get the alliance to agree on beginning the country’s formal admission procedure.

“In retrospect, when I look back at this now, for Nato a reconfirmation of the open-door policy would have been preferable . . . but that’s easy to say now,” said de Hoof Scheffer, a former Dutch foreign affairs minister.

“Nato’s in a bind because we’ve told Ukraine you can enter the house but you’re not allowed on the porch,” he continued. “Compromises are ugly . . . and Nato is living with that compromise ever since.”

In talks with Russia this month, the US and Nato have firmly rejected Moscow’s request, saying that it contravenes one of the alliance’s founding principles.

While supporting that position, de Hoof Scheffer said that in reality Kyiv had no prospect of membership due to the same opposition that existed in 2008.

“For the foreseeable and the unforeseeable future they’ll not become a Nato member. And I think the whole group around that table in Bucharest knew this,” he said. “It was already clear then that in the eyes of the opponents [of Ukraine’s membership] it was until hell freezes over. There was no time limit whatsoever.”

“[Putin] was of course furious about the wording,” de Hoop Scheffer recalled. “Although then, and right up until now, he very well knows . . . that Nato and the Americans are never ever going to wage war with Russia over Ukraine.”