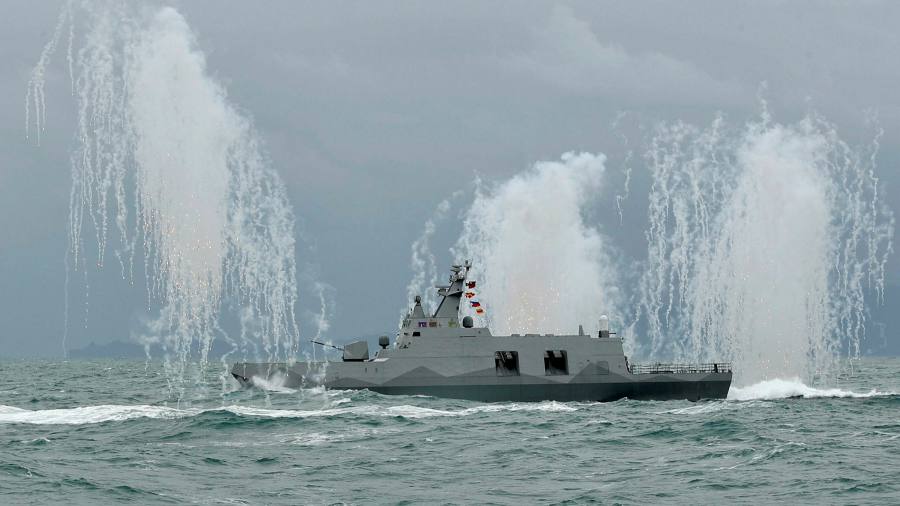 China’s increasingly muscular efforts to isolate Taiwan internationally have paid off in Washington after a foreign naval association caved in to Chinese pressure and reversed course on letting Taiwanese officers join the group.

Several people familiar with the dispute said the Washington-based Naval Attachés Association rescinded an invitation for Taiwan to join the group, which includes officers from American allies, after China strongly objected.

China often leans on governments, NGOs, companies, and the media to deny Taiwan’s sovereignty. But the NAA case is a rare example of it forcing a group in the US to sever ties with the island.

It highlights the difficulty Washington faces in trying to expand exchanges with Taiwan and normalise contacts with Taiwanese officials while the US and most powerful nations deny Taipei diplomatic recognition.

“One of the core functions of China’s overseas representatives and agents is to marginalise and isolate Taiwan in every possible forum,” said Ivan Kanapathy, a Taiwan expert at Georgetown University. “This is usually done through political and economic co-option or coercion, often using opaque or even corrupt methods.”

According to emails seen by the Financial Times and accounts from diplomats and government officials familiar with the matter, the NAA last summer agreed to a membership request from the Taipei Economic and Cultural Representative Office (Tecro), Taiwan’s de facto embassy in the US.

“We had tried for a long time to participate in the NAA, so we were really pleased when this came through, and we even got as far as paying our annual dues,” a senior Taiwanese government official told the FT.

But the effort collapsed after the NAA invited three Taiwanese officers to attend an event on September 8. Captain Zhang Meng, China’s naval attaché, replied to the invitation with a furious demand that the Taiwanese officers be disinvited, and Taiwan be taken off the membership list.

“It is outrageous to note that three Taiwan military personnel are invited,” Zhang wrote in a warning to the attachés. “Should the Taiwan personnel not be delisted off the NAA list and the invitation not be revoked, there is no doubt that your military personnel in Beijing will be adversely affected”.

Captain Pablo Murga Gomez, the Spanish naval attaché who chairs the NAA, initially pushed back and defended the invitation, but the group later revoked the invitation. Weeks later, Gomez wrote to his then Taiwanese counterpart, Vince Hsu, to say that Taiwan could not become a member.

“We have been thoroughly studying Tecro’s members’ situation in this country and we are not able to find the right place in the Naval Attachés Association bylaws to accommodate it,” Gomez said in an email.

“Your membership fees has not been cashed yet, so probably the most convenient will be your fee cheques to be destroyed and we will be back to you once the situation is more adapted to our bylaws,” Gomez added.

A Taiwanese person familiar with the situation confirmed that Taipei was “disinvited in the end and our fees returned”.

Taiwanese officials said Tecro appealed to the state department for support, but was told that the US government could not help because the NAA is a private association.

Chinese military officers accused the US of tacitly supporting the NAA’s decision to include Taiwan. “Even after the Chinese side expressed its strong opposition and protest, the US side let the NAA have its way by defending the NAA’s action,” one Chinese assistant military attaché wrote.

China’s embassy did not comment but said Beijing’s stance that Taiwan was part of China was unchanged.

The US move to suspend participation in NAA events could make the club pointless because its main activities are networking with US officers. One navy official said it had become “aware of a campaign by the PRC to influence an NAA board vote affecting the inclusivity of the organisation”.

The NAA website recently ceased to function. However, in early January, it showed that three breakfasts scheduled for after the September event that would have featured top US officials as speakers, had all been cancelled.