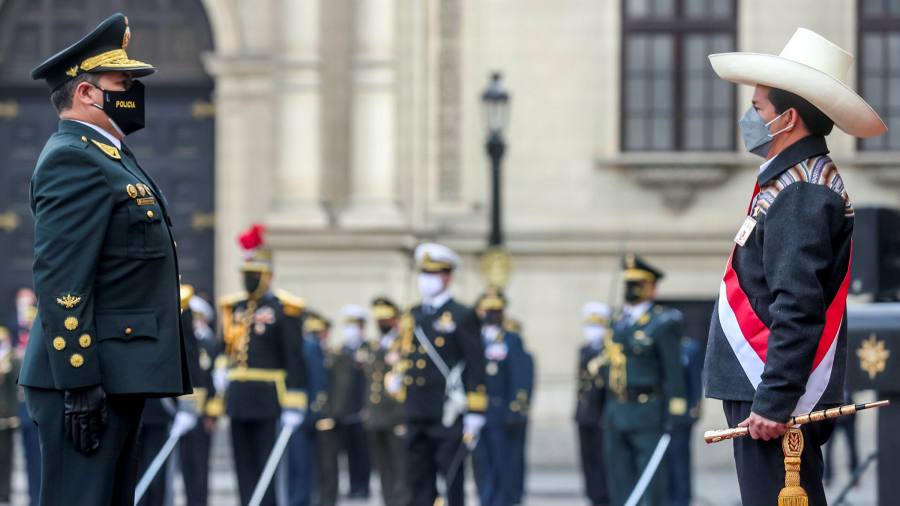 On his stall in one of Lima’s best-known food markets, Alexander Tocas deftly skins and debones a chicken before weighing the meat and wrapping it for a customer.

After the inauguration of leftist president Pedro Castillo, many businesses and shopkeepers are worried about the economy, which has been one of Latin America’s stellar performers since the start of the century. In July, inflation in Peru posted its biggest monthly jump in more than four years.

Peru is not unique in this: around the world — from the US to the UK and Germany — commodities prices are surging as economies rebound from a disastrous 2020.

But in Peru, the rises are exacerbated by a depreciating currency. Not only are importers paying high international prices for basic food stuffs such as wheat, grains and soya, they are doing so with a sol that has lost 13 per cent of its value against the dollar since the start of the year.

“Inflation is due in part to the global rise in consumer commodity prices, and food is an atypically large component in the Peruvian inflation basket,” said Alfredo Thorne, a former finance minister and now an economic adviser. “However, the sol’s depreciation is also playing a part and that’s a consequence of the political uncertainty.”

On July 30, two days after Castillo took office, the sol registered its biggest one-day fall against the dollar in seven years, dropping through the psychological barrier of four-to-the-dollar for the first time. The stock market slumped nearly 6 per cent.

The main reason was Castillo’s decision a day earlier to name a hardline leftist, Guido Bellido, as his prime minister. That evening, amid confusion and secrecy, he named a similarly radical cabinet, drawing heavily on members of Free Peru, the Marxist-Leninist party that propelled him to power. He conspicuously failed to name a finance minister. 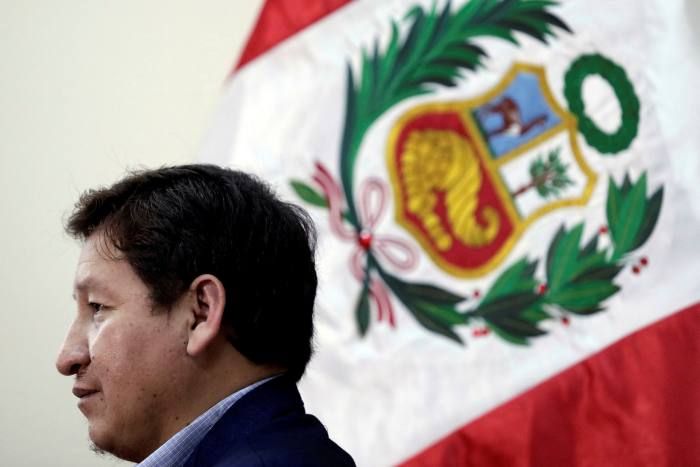 “To say that Castillo got off to a bad start with his cabinet appointments in a major understatement,” global advisory company Teneo noted.

By the following Monday, the president had at least secured a finance minister — former World Bank economist Pedro Francke.

In his first news conference, Francke sought to calm nerves by saying the government had “no intention of establishing price controls or exchange rate controls”.

“That’s not appropriate in a free-market economy,” he said.

He also said he was working to convince Julio Velarde, the long-serving and respected head of the central bank, to stay on in the job, although he acknowledged it might be a “few weeks” before an agreement is reached.

Markets have stabilised in the past week but have yet to recover. The sol is stuck at more than four to the dollar.

For Castillo’s rightwing opponents, this is proof of what they have alleged all along — that Castillo, a rural primary school teacher turned crusader for the poor, is in thrall to Free Peru’s Marxist ideologues, and cannot be trusted with the economy.

“Now we can all understand what we’re up against,” said his defeated electoral opponent Keiko Fujimori, who claimed throughout the campaign that Castillo wanted to turn Peru into “a new Venezuela”. She described the cabinet appointments as “chaotic” and the government as “communist”.

Peru’s close-knit, Lima-centric business community is deeply worried, although few from within it are prepared to speak out publicly. “No one wants to put their head above the parapet,” one senior business leader told the Financial Times. 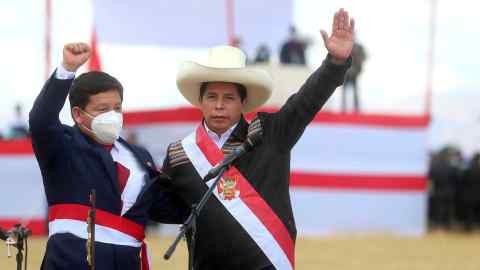 The chief executive of one Peruvian company said he had three concerns: the sol’s weakness, Castillo’s threat to renegotiate Peru’s free trade agreements (FTAs) and the possible impact of government policy on the all-important mining sector, which generates more than half of Peru’s export revenue.

“We export mostly to the US. You can imagine the negative impact if the government starts meddling with the FTA,” he said.

Far from welcoming Francke as a supposed moderate, the CEO described him as “too ideologically wedded to the left”. He said his company, along with others, had put investment plans on hold.

Meanwhile, Castillo’s opponents are plotting their next political move. Some are already calling for the president’s impeachment, saying he breached transparency rules by failing to keep proper records of his meetings during his first days in office. Peru’s congress has a record of trying to oust presidents, often on flimsy grounds.

An impeachment attempt would probably provoke a furious backlash from Castillo’s supporters, many of whom are from poor, rural backgrounds and see his rise to power as a rare chance to make their voices heard. Pablo Secada, a Peruvian economist and politician, described the impeachment option as “a nuclear bomb”.

Other government opponents propose a less incendiary strategy. They say congress should approve Castillo’s contentious cabinet — which he must put to a vote of confidence this month — but try to block some of his more disruptive proposals, notably his bid to rewrite the constitution.

“That, I think, is a more advisable path to follow,” the senior business leader said. “We might not like what’s happening, but you can’t impeach the president after a week! Castillo will be with us for a while and we might have to accept that while he is, the economy is going to suffer.”