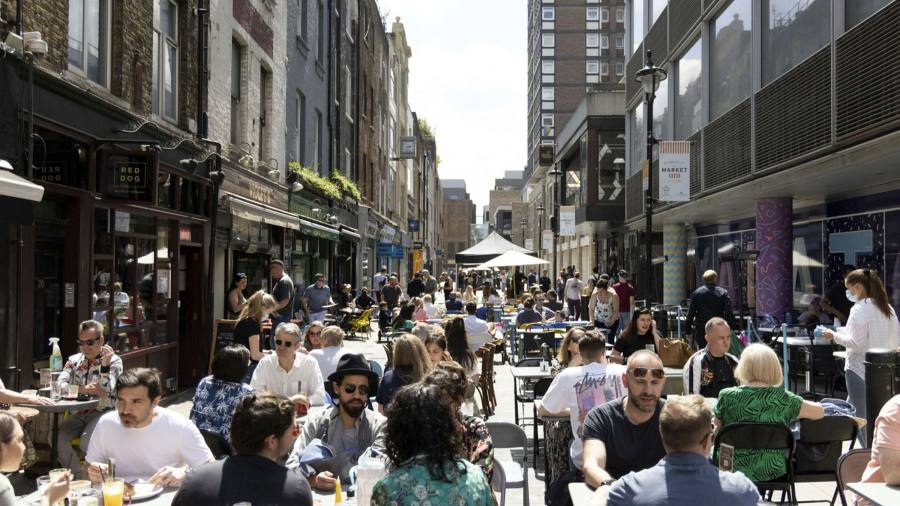 Sign up to myFT Daily Digest to be the first to know about UK retail sales news.

The volume of monthly retail sales dropped 2.5 per cent in July compared with the previous month, data from the Office for National Statistics showed on Friday.

The figure was much weaker than the 0.4 per cent expansion forecast by economists polled by Reuters. The numbers followed a revised 0.2 per cent growth in the previous month, when sales were supported by spending on food and drink during the European football championship.

“Food sales fell back as further lifting of hospitality restrictions meant consumers had more opportunities to spend outside retail,” said Jonathan Athow, ONS deputy national statistician for economic statistics. He added that “heavy rainfall at the start of July hit fuel sales, which dipped for the first time since February”.

Food store sales volumes fell 1.5 per cent last month, while non-food stores reported a decline of 4.4 per cent, driven by a drop in sales at second-hand goods stores, and computer and telecoms equipment stores.

Automotive fuel sales volumes slid 2.9 per cent, the first monthly fall since February, with heavy rainfall in early July affecting the amount of traffic on the roads.

However, compared with February 2020, before the first restrictions, sales were up 5.8 per cent.

The proportion of retail sales online increased to 28 per cent, substantially higher than the 20 per cent in February 2020.