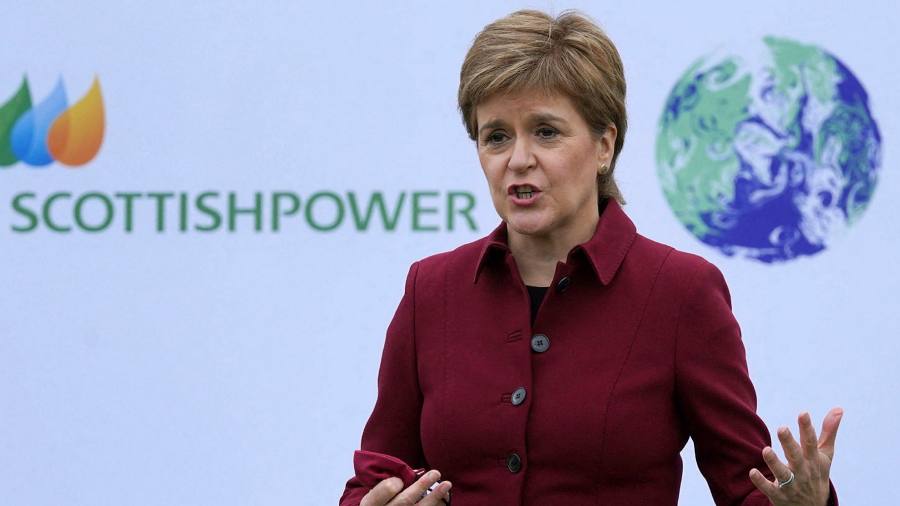 The Scottish government on Tuesday announced plans for an independent judge-led inquiry into the handling of the coronavirus pandemic that it said will begin work before the end of this year.

The Scottish plans are likely to raise pressure on UK Prime Minister Boris Johnson to bring forward his plan for a statutory inquiry from the currently proposed spring 2022.

Examination of the handling of the pandemic will be politically sensitive for governments across the UK, which has suffered higher death rates than many other wealthy European nations.

Johnson has so far shrugged off calls to accelerate plans announced in May to begin a statutory inquiry into the UK’s handling of the coronavirus pandemic in the first half of next year.

Nicola Sturgeon, first minster of the devolved Scottish National party government in Edinburgh, has enjoyed high opinion poll approval ratings for her response to the crisis.

However, the Scottish inquiry will look at issues including the high levels of deaths in care homes and the response of the education system, areas where opposition groups have been strongly critical of the SNP’s record.

Sturgeon told a coronavirus briefing on Tuesday that her government would be fully transparent with any communications required by the inquiry.

“We are further ahead of any other government in the UK right now in not just committing to a public inquiry but actually getting it into operation,” the first minister said.

“I desperately want every appropriate lesson from what we have gone through to be learned, so any future government . . . that is in a similar situation has the benefit of that learning,” she said.

Johnson said in May that his government would consult with devolved administrations before finalising the scope and detail of the UK inquiry.

“Every part of our United Kingdom has suffered the ravages of this virus”, he told MPs at the time. “If we are to recover as one Team UK, as we must, then we should also learn lessons together in the same spirit.”

Announcing a consultation for the planned Scottish inquiry, John Swinney, deputy first minister and Covid recovery secretary, promised to listen to bereaved families and others affected by coronavirus in setting its terms of reference.

“Discussions are also ongoing with the UK government on the planned four nations inquiry, to ensure all areas that need to be considered are covered in a way that gives confidence to bereaved families and others,” he said.

The Scottish branch of the UK campaign group Covid-19 Bereaved Families for Justice welcomed the plans for the Scottish inquiry.

“Boris Johnson should take note that his government can no longer be allowed to hold the process back from asking difficult questions”, solicitor Aamer Anwar said in a statement on behalf of the group.

“Every single death represents failure and public inquiries cannot be delayed any longer,” he said.

Scotland has seen a surge in cases since the return of schools in the past few weeks from the summer holidays and the return of crowds to football games.

Sturgeon said on Tuesday that Scotland had recorded 10 coronavirus-linked deaths and 4,323 cases in the past 24 hours, with a daily test positivity rate of 14.5 per cent, up from an already high 12 per cent the previous day.

The Cabinet Office in London did not immediately respond to a request for comment.