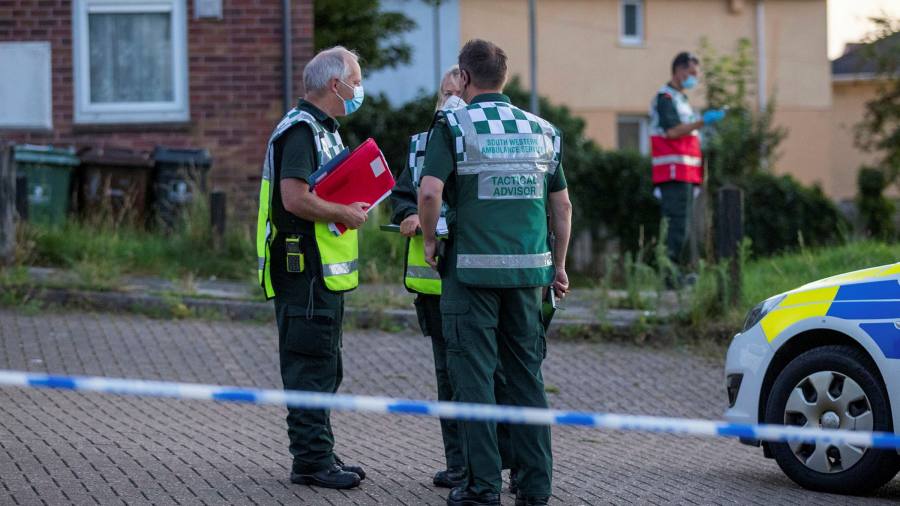 Sign up to myFT Daily Digest to be the first to know about UK news.

UK police have reported a number of deaths at what they called a “serious firearms incident” in Plymouth, south-west England, on Thursday.

Devon and Cornwall Police said they had been called to the Keyham district of the city at 6.10pm and declared a critical incident. “There have been a number of fatalities at the scene and several other casualties are receiving treatment,” the force stated, adding that the situation had been “contained”.

Johnny Mercer, a local Conservative MP, announced on Twitter that the events were “not terror related” and denied speculation that the suspect was on the run.

Details of the attack are limited but it was widely reported to be a domestic incident. Priti Patel, home secretary, described the events as “shocking” and said her thoughts were with those affected.

“I have spoken to the chief constable and offered my full support,” Patel wrote on Twitter. “I urge everyone to remain calm, follow police advice and allow our emergency services to get on with their jobs.”

Keir Starmer, the Labour leader, said it was “clear that tragedy has hit Keyham” and added that his thoughts were with the families and neighbours of those caught up in a “nightmare”.

“I pay tribute to our emergency services who, as ever, run towards events we would all run away from,” he said.

South Western Ambulance Service said it had responded to the incident with a significant number of resources, including hazardous area response teams, ambulances, air ambulances, doctors and paramedics.

UK gun laws are among the tightest in the world, and police usually inspect a prospective gun owners’ security arrangements before granting a firearms certificate.

While members of the public are permitted to own sporting rifles and shotguns, the ownership of handguns was banned on mainland Britain following the 1996 Dunblane massacre. Sixteen children and their teacher were shot dead during that incident at a school in Scotland.