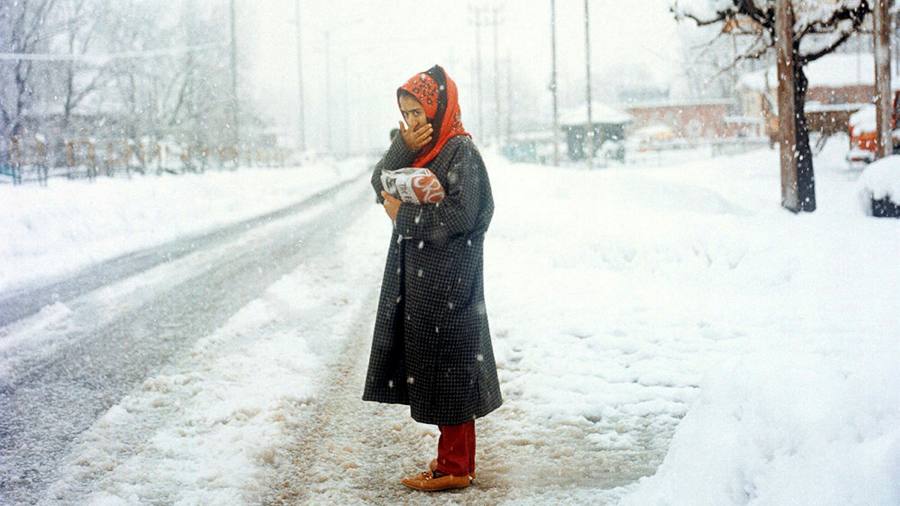 Sign up to myFT Daily Digest to be the first to know about Photography news. As I reminisce about my early days of image-making — in the mid-2000s, just after I’d finished a masters in economics — I see that my work then was very much in alignment with traditional documentary. I had embarked on a bus journey across northern and central India that would take 52 days.

On board were members of various village unions, workers’ unions, activists, academics, students and pretty much anyone who wished to join the call for the implementation of the National Rural Employment Guarantee Act, a programme designed to give rural Indians 100 days of paid work a year on public projects. Until then, such programmes had only been implemented as a consequence of drought or famine.

The focus of the larger movement was to make it a legal right for people to work in dignity. It sought to put the onus back on to the government to create employment opportunities, starting with rural India.

It is a privilege to have had this experience: my beginnings, as a photographer, were strongly influenced not by other artists but by people who had a real stake in what I was to photograph. Over the years my photographs have become less direct — my work has abstracted into something more metaphorical. Documentary remains part of my method, but it is no longer always the end goal. In part, this has been in sync with a shift in the sociopolitical environment around me, with the rise of Hindu nationalism. Messages and stories, journalistic and otherwise, increasingly need to rely on strategies of subterfuge in order to carry any meaning in an environment that is rife with self-censorship and scrutiny, both by the Indian government and the prying neighbour who shares the government’s ideology.

Only last month, a leading Hindi newspaper had its offices raided by the income-tax department, just days after it had published an article on Prime Minister Narendra Modi’s history of snooping and following its sustained criticism of his government’s response to the pandemic. Hearing my grandparents’ stories might also have had a role in making me resist the idea that an image has one fixed meaning. My mum’s family migrated from Dhaka, Bangladesh, and my father’s family from Lahore, Pakistan, to the newly conceived India after partition in 1947. Growing up, I constantly had to locate myself in relation to others to justify who I was, since people were constantly boxing others into caste, religion, region, language and so on.

For me, images are not just documents but part of a larger system. Using a range of vocabularies — visual, textual and sonic — alters the tone, rhythm, tempo and pace of the work, just as in cooking each combination of salt, chilli, pepper and masalas changes the taste of the food and opens up different senses.

Whether it is the autobiographical journal in which I tried to make sense of my relationship with my mother and how it affected my relationship to the world outside. Or my acute awareness that I was an outsider while trying to photograph Kashmir through the three phases of winter, watching the snow melt to reveal histories that had been hidden from me during my childhood. Or even the character of “the idiot photographer” in the fictional short story that accompanies both “The Coast” and “The Lost Head & the Bird” video work — a character who is as complicit in the violence brought upon Madhu, the protagonist, as any of the other male characters in the story. These vocabularies — visual, textual and sonic — help to unpack locations and other nuances. ‘The Song of Sparrows in a Hundred Days of Summer’, 2013-ongoing © Sohrab Hura/Experimenter, Kolkata

I used to describe my process as “growing like a tree”: different works felt like different branches growing awkwardly in all directions, but they always remained connected to the same tree trunk. Now “a bowl of noodle soup” seems more like it. When I was younger, I never imagined that I’d become a photographer one day. In 1999, in my last year of high school, my mother fell sick. She was diagnosed with schizophrenia and my studies suffered. At the time it felt as if I was losing all of the world.

After she was hospitalised, an extremely kind photographer let me accompany him on a work trip to the mountains and taught me the basics of how to use a camera. I’d make photos of sunsets and sunrises and mountains and the large blue sky, photos that I feel quite embarrassed to look at today. But it distracted me from everything that had unfolded at home. Later, when I went to collect my prints, the person behind the counter took me aside and told me that he found the photographs very beautiful. For the first time in a long time, I felt like I was worth something: not because he had found my photographs beautiful, but because a complete stranger had felt touched by me. And for a moment I felt like I existed. Sohrab Hura’s exhibition “Spill” is at Huis Marseille, Amsterdam, from September 4 to December 5