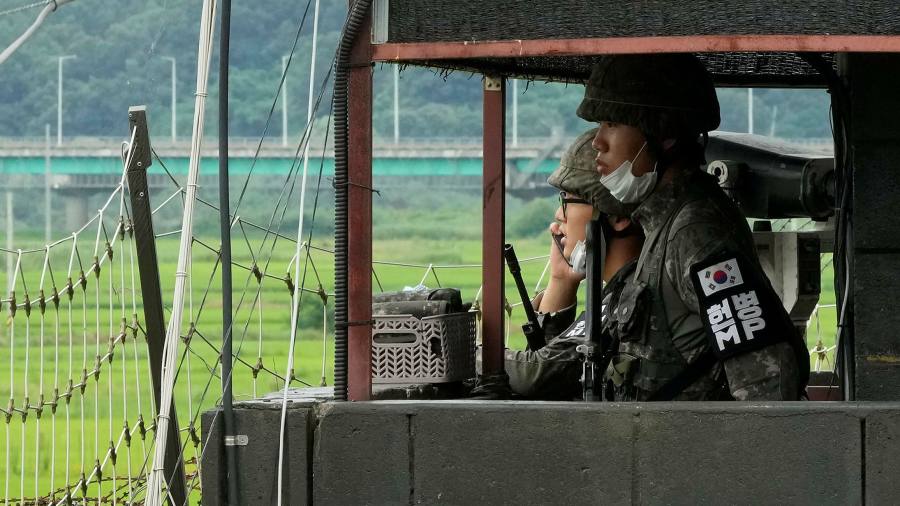 Sign up to myFT Daily Digest to be the first to know about North Korea news.

South Korean activists have been charged with espionage for allegedly acting on orders from Pyongyang and staging protests against a plan to buy US fighter jets.

The National Intelligence Service in May raided the homes and offices of four people in Cheongju, about 140km south of Seoul. They uncovered the group’s electronic discs containing instructions from Pyongyang and reports to North Korea, officials at the National Police Agency told the Financial Times on Friday.

The Cheongju district court issued arrest warrants on Monday for three of the four activists for violating the National Security Act, police said. They were arrested after being deemed a flight risk. The charges relate to protests organised by the group to oppose the South Korean military’s plan to purchase US F-35A stealth fighters.

According to the JoongAng Daily, a local newspaper, the activists have denied the charges, alleging “the NIS is manipulating the case”.

The NIS has previously been hit by allegations of manipulating evidence.

Still, the incident threatens to embarrass President Moon Jae-in and his ruling Democratic party ahead of presidential polls in March 2022.

South Korea’s main opposition party has claimed that members of the group were also part of a special advisory body on labour issues for Moon ahead of his presidential campaign in 2017.

They also alleged members of the group had been meeting North Korean spies in China and Cambodia since 2017 and received $20,000 for organising pro-North Korean groups in South Korea.

An official from South Korea’s presidential Blue House dismissed the claims of links to the president as “groundless” and did not comment further. 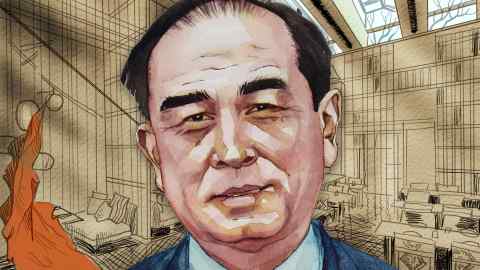 Koh Yong-jin, the ruling party spokesman, said the allegations “should be investigated by our intelligence agency and police. There is no reason for the probe to be politicised.”

He added: “There are tens of thousands of members in the presidential campaign advisory groups but they have no real power or influence.”

Under national security laws, convictions for leaks of important military or state secrets to hostile countries or anti-government organisations can result in a lifetime sentence or even the death penalty. Sharing of less important intelligence information carries prison terms of more than seven years.

While the activists’ alleged operations appeared to be consigned mostly to civil society, North Korea has a long record of deadly espionage operations on foreign soil.

Kim Jong Nam, the North Korean leader’s half-brother, was killed by a nerve agent at a Malaysian airport in early 2017.

Other successful assassinations include Choi Duk-keun, a South Korean diplomat killed in Vladivostok in 1996, and Yi Han Yong, nephew of late leader Kim Jong Il, who was shot dead in Seoul a year later.

In 1983 Pyongyang’s agents detonated a bomb at a ceremony in Myanmar, killing a group of South Korean officials but failed to harm Chun Doo-hwan, the South Korean president, whose motorcade had been delayed.

Kim Il Sung’s commandos in 1968 infiltrated South Korea and attempted to assassinate the president Park Chung-hee but failed after a bloody gunfight near the Blue House grounds.