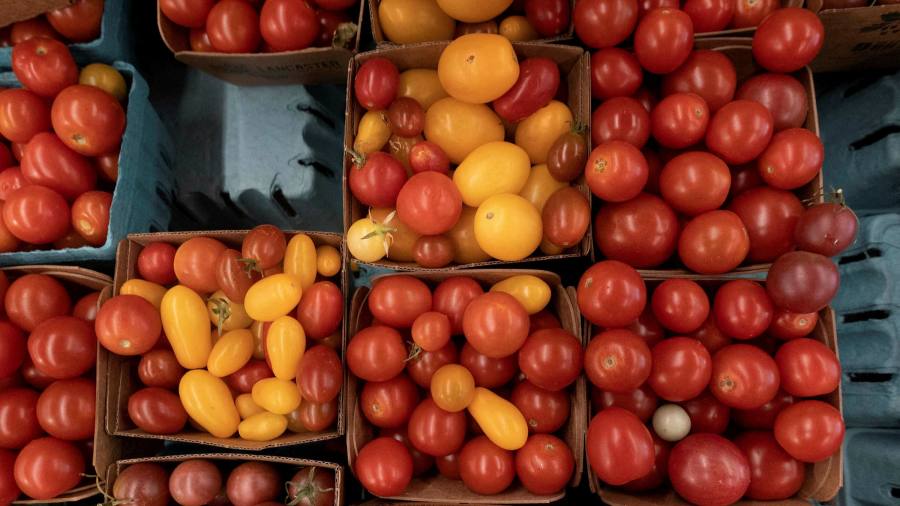 The $3.5tn price tag on the Biden administration’s budget plan has ignited fresh debate in Washington about the potential inflationary effects of increased public spending at a time when US consumer prices are rising rapidly.

The US Senate on Wednesday passed a budget resolution that will form the basis of a sweeping bill that would make big investments in education, housing and climate-related initiatives, expand Medicare and enhance a child tax credit programme, among other outlays.

The legislative blueprint includes a mechanism to offset the spending with higher taxes on US companies and wealthy Americans. It was passed on the heels of a bipartisan $1tn infrastructure bill and was quickly followed by the latest inflation report, which showed prices were steady in July at a 13-year high, despite a more moderate monthly increase and a significant drop-off in gains for some of the most pandemic-sensitive sectors.

Rising inflation fears could imperil Joe Biden’s spending ambitions as the two bills head to the House of Representatives later this month. The House, which Democrats control by a slim margin, will return from summer recess early to first consider the budget resolution, and then weigh up the infrastructure package. Both pieces of legislation must pass both chambers of Congress. “Inflation has become part of the congressional debate for the first time in the at least 25 years I’ve been following this,” said Jason Furman, a senior fellow at the Peterson Institute for International Economics, who previously served as an economic adviser to presidents Barack Obama and Bill Clinton.

While the infrastructure bill passed the Senate with bipartisan support — 19 Republicans, including Senate minority leader Mitch McConnell, voted for the legislation — Democrats have elected to go it alone with the budget process, using a convention called reconciliation to get around the 60-vote filibuster threshold in the Senate. The budget resolution passed the upper chamber on Wednesday in a party-line vote, with all 50 Democrats voting for the measure and 49 Republicans voting against.

“Inflation will continue to factor prominently into the fiscal debate, which is set to heat up as Democrats flesh out their spending plans ahead of the 2022 midterms,” said Robert Kahn, director of global strategy and global macro at Eurasia Group, a consultancy.

“Progressive Democrats arguing for more spending will feel relieved to see that inflation may be close to a peak. Republicans will continue to push back, noting inflation is much higher than consumers are accustomed to and connecting it to government policy.”

Republicans, who will seek to take back control of the House and Senate in next year’s midterm elections, immediately seized on July’s 5.4 per cent year-over-year jump in headline inflation.

Republican lawmakers — including moderates like Lisa Murkowski and Mitt Romney, who often vote with Democrats — cited the latest inflation figures to explain their opposition to Biden’s budget. Members within Biden’s own party also expressed apprehension, foreshadowing the potential for intraparty warfare later this year when Democrats begin fleshing out a full budget bill.

Joe Manchin, the Democratic senator from West Virginia, said on Wednesday it is “simply irresponsible to continue spending at levels more suited to respond to a Great Depression or Great Recession — not an economy that is on the verge of overheating” — a criticism similar to the one he lobbed at Federal Reserve chair Jay Powell last week about the US central bank’s ultra-accommodative policies.

Kyrsten Sinema, the Democratic senator from Arizona, has previously warned about the size of the budget bill, saying earlier this month that while she would not stand in the way of the resolution framework, she wanted a smaller price tag.

Either Manchin or Sinema could hold up the budget in the Senate, which Democrats control by the narrowest of margins. The upper chamber is split, 50-50, between Democrats and Republicans, with vice-president Kamala Harris able to cast a tiebreaking vote.

Meanwhile, in the House, centrist Democrats have also voiced unease about the size and scope of the budget bill, with several representatives, including Josh Gottheimer of New Jersey and Jared Golden of Maine, circulating a letter earlier this month saying they had “concerns about the specific components” of the budget resolution.

They wrote: “These specifics are crucial, particularly given the combined threat of rising inflation, national debt and the trillions recently, and appropriately, allocated to the Covid-19 emergency.” Biden has staunchly rejected these claims, noting this week the sharp deceleration in price gains for “core” inflation, which strips out volatile items like food and energy, and for items like used cars and other travel-related expenses, whose previous increases have contributed significantly to this year’s inflation surge.

He also made the case that the investments included in the budget bill would help to counterbalance rising costs for essentials like housing, food and healthcare, reiterating an argument laid out by economists at the Council of Economic Advisers and the Office of Management and Budget this month.

The administration’s stance has won the backing of many Wall Street economists and investors, who broadly subscribe to the view that inflation jitters tied to the new spending bill are overblown.

Market measures of inflation expectations also reflect this outlook. The 10-year break-even rate, which is a popular proxy for future inflation and is derived from prices of US inflation-protected government securities, has steadied around 2.4 per cent, having peaked in May near 2.6 per cent.

“Most of the things in [the bill] should increase the capacity of the economy, and therefore aren’t inflationary,” said Tiffany Wilding, a US economist at Pimco. “It is also possible that you can see targeted measures creating efficiencies that actually do moderate inflation.”

“People add up all these numbers as though it is happening in year one,” he said.

Nonetheless, he predicted heightened tensions as the budget bill is hashed out.

“This is a precarious moment,” said Golhar. “Everybody is trying to figure out what package you can put together and garner unanimous Democratic support in the Senate and the House.”