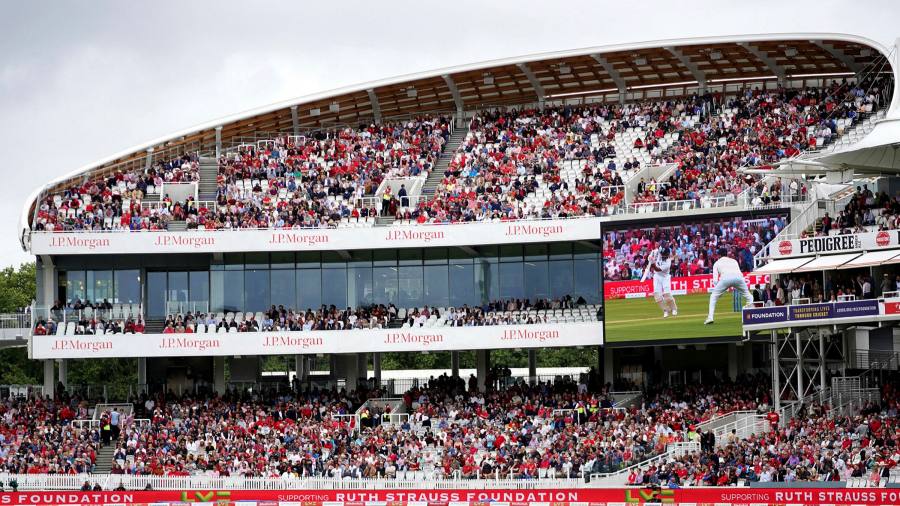 Sports hospitality is back as stadiums fill up after the long pandemic shutdown, with the industry courting both companies and fans as it seeks to rebuild its shattered finances.

Three weeks after the lifting of Covid-19 restrictions in England, suites at Lord’s Cricket Ground have sold out for this week’s Test match against India — many have gone to retail customers.

“Individuals are definitely on the rise,” said Andy Muggleton, Lord’s commercial director, adding that he expected “even greater interest and demand for hospitality and spending more on ‘experiences’” as fans enjoyed freedom from lockdowns.

Organisers are adding new pricing points to give customers tailored packages, which is a departure from a decade or so ago when many simply had low, mid and high-price seats. They hope pent-up demand for hospitality boxes and premium experiences can help them bounce back.

“We’re seeing more and more individuals willing to trade up,” said Charlie Boss, chief commercial officer at the Jockey Club, which runs horseracing events such as the Cheltenham Festival and the Grand National.

“That’s everything from the average ticket buyer who’s willing to spend just a bit more because they’re really excited about coming back to sport, through to the ‘VVIP’ experience where people are willing to almost say price isn’t a factor.”

One driver of demand is regular fans’ difficulty in finding good tickets.

“We need our sports fix,” said Jim McGoldrick, an Edinburgh-based technology consultant and sports fan. “I wouldn’t pay for a helicopter but I’d be willing to pay more to get in.”

Hospitality “is a means to an end because in some cases getting tickets is nigh on impossible. The premium experience isn’t important to me — having prawn sandwiches or champagne. The quality of the seat is what’s important,” he added.

With the broader UK hospitality sector having lost more than £100bn in revenues during the pandemic, according to trade body UKHospitality, sports from rugby to cricket tapped £600m of government survival funds over the winter and summer after missing out on ticketing and broadcast revenue. Now, they are seeking new ways to bring in money.


Formula One Paddock Club guests at the French Grand Prix. In 2019, the club helped to generate $358m in revenue © James Moy/Alamy

The Formula One motor racing series has even joined the video-calling trend, striking a deal with Zoom to offer exclusive behind-the-scenes online access to teams at events such as the Monaco Grand Prix and Silverstone.

Tickets to the virtual Paddock Club are largely reserved for F1’s sponsors, but it plans to make a limited number of two-day passes available for fans at $400 each.

There is no pretence that virtual meetings can match the physical Paddock Club or the revenues it brings in. F1 can charge several thousand euros for weekend hospitality passes for its races.

In 2019, the last full year before the pandemic, the club helped to generate $358m in revenue for F1. With races either postponed, cancelled or closed to fans, in 2020 that figure fell to $181m.

Kate Beavan, director of hospitality and experiences at F1, said the “fizz and the crackle of a live event” had no substitute.

But corporate hospitality was already under pressure before the pandemic, as scrutiny from compliance departments crimped spending.

“Things have changed with corporates and their budgets. There is less emphasis on corporate entertaining,” he said. “It’s less corporates buying up big boxes, but international travellers [are] wanting to go to a series of Premier League matches over a week.”

Alongside the usual F1 audience of teams, sponsors and race promoters, corporate demand for hospitality was high for both this year and next, Beavan said. But more individuals were splashing out and booking early to avoid missing out.

David Nash, founder of sports and charity events organiser D&G Group, said clients spending on sports hospitality now expected more than the traditional experience. “The old boys’ club where it is male-dominated and having a few beers and a good jolly-up has changed — and changed for the better,” he added.

Twickenham, the home of English rugby, has in recent years expanded its entertaining space, including replacing traditional conference suites with upmarket restaurants run by Compass’s sports arm Levy UK. It has also created an area for live music as it seeks to broaden its appeal and adapt to changing tastes.

Hospitality numbers at the stadium amount to 8,500. Prices for the autumn rugby internationals start from £349 and go up to more than £1,300.

This trend is mirrored elsewhere as people splash out after the easing of pandemic curbs.

Cheltenham boasts some of the flashiest options, costing up to £4,495 per couple.

“We have this amazing ‘Room with a View’ package that comes with accommodation, but also a private helicopter that takes you on site,” said Boss. “We’ve sold more of those for 2022 than we ever have before.”