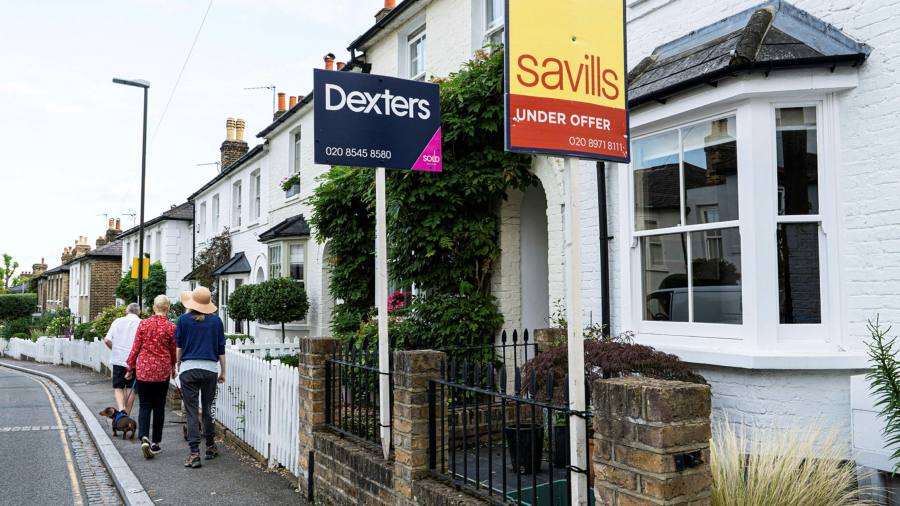 Sign up to myFT Daily Digest to be the first to know about UK house prices news.

Rishi Sunak’s temporary cut to stamp duty did not cause the house price boom over the past year, according to the Resolution Foundation, raising questions about whether the strategy was a waste of taxpayers money.

As official data showed house prices rose 13.2 per cent in the year to June, the fastest rate since 2004, the think-tank’s study published on Saturday found that the largest increases in prices had happened in areas that least benefited from the tax cuts.

Along with anecdotal evidence that the housing market has remained buoyant since the phasing out of stamp duty cuts began in July, the research suggested the housing market would avoid a sharp correction when the temporary incentives were withdrawn completely in the autumn.

The Resolution Foundation said that areas of England which had average house prices close to those with the maximum benefit would have been expected to rise most in price if the tax holiday was the main reason for the uplift.

But it found not only was there no correlation between the areas with the biggest gains and house price increases, those with the least to gain saw house prices grow the most.

The results suggest that other, more global forces, were pushing house prices higher — low interest rates, forced savings during the pandemic and changing tastes among homebuyers — and these were replicated across the world which has seen the broadest house price boom for the past two decades.

Krishan Shah, a researcher at the Resolution Foundation, said it was wrong to blame the stamp duty holiday for higher house prices. Instead it raised, “big questions about value for money, especially when we consider that the policy in England and Northern Ireland alone looks set to cost an estimated £4.4bn in forgone tax revenues,” he added.

The think tank’s work chimes with the latest anecdotal evidence suggesting the housing market has not slumped now that the stamp duty holiday has been partially withdrawn.

Jeremy Leaf, a former residential chair of the Royal Institution of Chartered Surveyors and an estate agent in north London, said the latest evidence from the market suggested, “the predicted price correction immediately after [the withdrawal of the stamp duty holiday] failed to materialise”.

Chris Hare, senior economist at HSBC, added that although there was a rush to complete transactions before the stamp duty holiday allowance was cut from the start of July, the move was “certainly not pushing the UK housing market into a slump”.