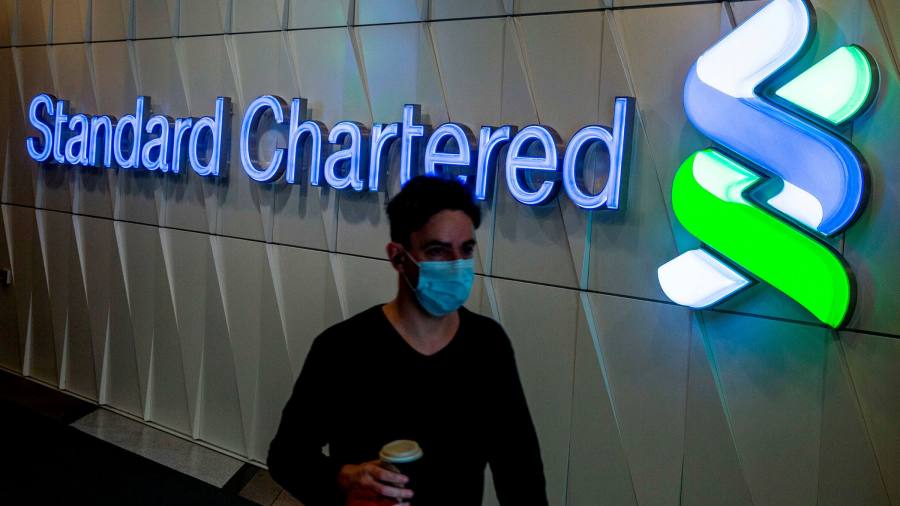 European stocks hovered near record highs on Tuesday as traders kept close tabs on corporate earnings and awaited a smattering of economic data.

The regional Stoxx 600 index and the UK’s FTSE 100 both rose 0.1 per cent in early trading. The Stoxx previously had previously hit an all-time high on Monday.

StanChart, which focuses on emerging markets, reported a record surge in pre-tax profits to $1.15bn, up 55 per cent on the same period last year. Société Générale reported its best first-half performance in five years, beating analyst net income expectations by 68 per cent.

This year has brought an unusually strong earnings season on both sides of the Atlantic. More than half way through the US reporting season, 86 per cent of companies have topped expectations on profits while in Europe 55 per cent have outperformed so far, according to data from FactSet and Morgan Stanley.

“The continued healthy earnings outlook is a key driver of our view that the equity bull market remains on solid footing,” analysts at UBS wrote in a note, adding that further help came from a still supportive US Federal Reserve.

“The growth rate is flattered by depressed levels in the year-ago period. But the results are still impressive compared with pre-pandemic earnings,” they added.

Data on US factory orders will be released later on Tuesday, while the latest US jobs report is due on Friday. Economists polled by Bloomberg expect July non-farm payrolls to build on June’s strong results. Last week, the Federal Reserve stated it had made “progress” towards its goal of reaching full employment.

In Asia, markets were rattled after Chinese state media criticised the online video gaming industry, calling it “spiritual opium”. Shares in Tencent, the Chinese internet giant, fell as much as 10.8 per cent before the company announced it would implement new restrictions for minors on its gaming platform.

NetEase and XD, two rivals, dropped as much as 15.7 and 21.8 per cent, respectively. China’s video games market was worth $43.1bn in 2020, according to Niko Partners, a research company and consultancy.

Hong Kong’s Hang Seng index fell 0.35 per cent while China’s CSI 300 was flat, rebounding from their worst month in almost three years. The Hang Seng Tech index, which includes Tencent and its peers, was down 1.5 per cent.

The Chinese government’s statements on gaming are the latest in a string of critiques Beijing has levelled at tutoring services and technology companies, spooking investors as the government has sought to exert greater control over key sectors of the economy.