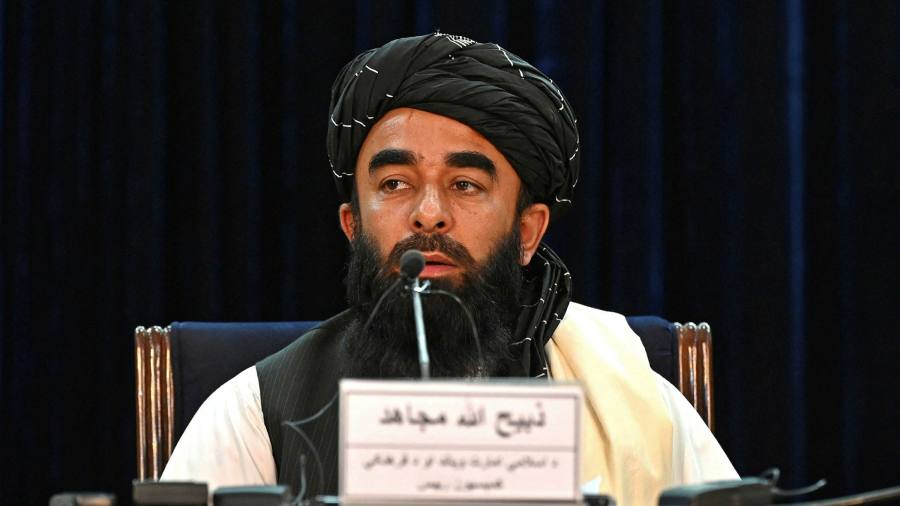 The Taliban has declared victory over Afghanistan’s last opposition stronghold after resistance fighters in the Panjshir Valley claimed that an aerial attack had inflicted heavy casualties on their leadership.

The militants’ flag was reportedly hoisted over the governor’s residence in the mountainous area north of Kabul on Monday, the first time the Taliban has made such deep inroads into a region that has been a cradle of resistance to the group for decades.

“The mercenary enemy’s final nest in Panjshir was completely conquered with the help of the Almighty Allah,” Zabihullah Mujahid, Taliban spokesperson, said. “Panjshir province is completely under the control of the Islamic emirate.”

But Ali Nazary, head of foreign relations for the National Resistance Front of Afghanistan, a coalition of anti-Taliban fighters, denied the battle was finished. He said resistance fighters had retreated to the mountains, from where they would maintain their armed struggle.

“Right now, the Taliban have been spreading a lot of propaganda that they have taken over the valley, which is wrong,” Nazary told the Financial Times. “Entering the Panjshir doesn’t translate into victory . . . What we’ve changed is our tactics. Forty-eight hours ago, we were fighting more of a conventional war. Now we are moving towards guerrilla warfare.”

The whereabouts of the opposition’s two main leaders — Ahmad Massoud, son of a legendary anti-Taliban fighter, and Amrullah Saleh, vice-president in the former government of president Ashraf Ghani — are unclear.

Mujahid told a press conference in Kabul that Saleh had escaped to neighbouring Tajikistan. The claim could not be immediately verified.

The Taliban advanced into Panjshir after the NRFA said the valley had come under aerial attack, killing several military commanders and Fahim Dashti, a spokesperson for the resistance and a former journalist.

“We have seen some drone strikes — aerial bombings — we don’t know if they are drones or planes,” Nazary said.

The opposition fighters accused Pakistan of providing aerial support to the Taliban offensive but Islamabad denied the claim.

“Pakistan has not deployed any of its forces to help the Taliban,” a Pakistani government official said. “There is no credible evidence to support these fabricated claims.”

The official added that the Taliban had acquired several military helicopters when US forces withdrew last month and that some pilots from the collapsed Afghan army were working with the Taliban.

“The Taliban now have an independent ability to use their own air power using older helicopters and Afghan pilots,” the official said.

Islamabad has supported the Taliban for decades and was one of just three states to recognise the group’s regime when it controlled Afghanistan in the 1990s.

Massoud appealed for a ceasefire on Sunday and urged the Taliban to resume negotiations on a peace and power-sharing agreement.

But analysts said the Taliban had little incentive to engage in talks and would probably turn its full attention to forming a new government more than three weeks after its fighters marched into Kabul.

Mujahid said the Taliban would probably announce an interim administration in the coming days, amid reports of squabbling among rival factions.

“The Taliban finally have a political pie to distribute and there are lots of claimants for that pie,” said Asfandyar Mir, an affiliate at Stanford University’s Center for International Security and Cooperation. “It’s a very complicated dance.”