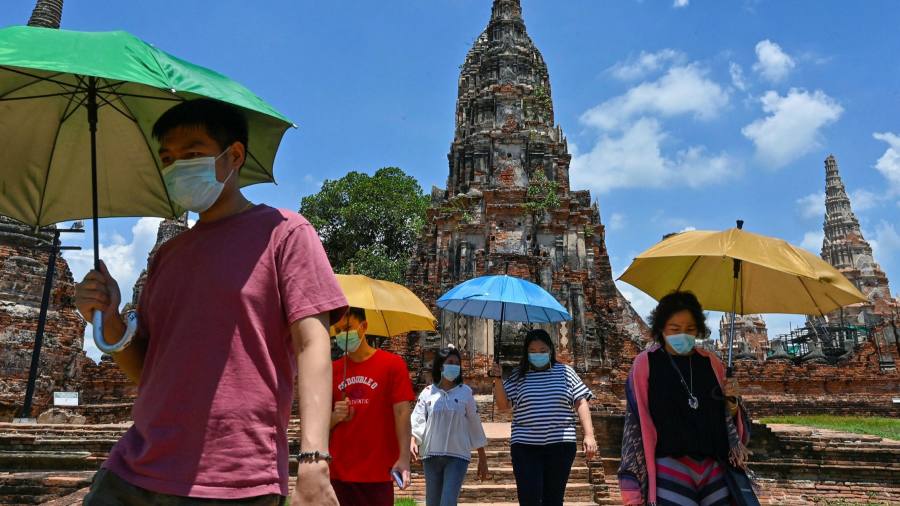 Travellers returning to England from seven countries and regions, including several holiday destinations, will have pandemic travel restrictions eased from Monday, but the UK government has moved Thailand to the ‘red list’, which requires arrivals to quarantine in a hotel.

The transport department announced on Thursday that Canada, Denmark, Finland, Liechtenstein, Lithuania, Switzerland and Portugal’s Azores islands would move to the ‘green list’ from 4am on August 30.

Passengers returning from these destinations will no longer need to quarantine. But they will still be required to take a PCR Covid test prior to departure and again two days after returning to England.

However, Thailand and Montenegro will be moved to the ‘red list’, which requires anyone returning from those countries to quarantine for 10 days in an approved hotel at their own cost.

The traffic light system designates countries as either green, amber or red, with rules for each category. Changes by the UK government only affect England but the three devolved governments in Northern Ireland, Scotland and Wales typically follow suit.

The government said that the two additions to the red list reflected “the increased case rates in these countries and the higher risk that travel from these countries poses to UK public health.”

The department added that “the high rates combined with lower levels of published genomic surveillance in Thailand and Montenegro than other countries mean that an outbreak of a new variant or existing variants of concern or variants under investigation cannot be easily identified before it is imported and seeded across the UK.”

No additions were made to the amber list, which requires those arriving back to quarantine at home unless they are fully vaccinated.

The travel industry voiced disappointment at the limited number of countries that had been added to the green list and that Turkey, a big holiday destination, had not been moved from red to amber.

Upgrading Turkey from the red list would have been a “big win” for the industry, said Alan French, chief executive of Thomas Cook, the online tour operator. But he added that, since the government lowered the overall requirements for travellers returning from amber countries last month, bookings were “certainly going in the right direction”.

The Business Travel Association welcomed the addition of Switzerland to the green list but called on the government to loosen testing requirements for those vaccinated.

“Going forward, it is essential that we remove testing for vaccinated travellers from green and amber list countries as we move away from this system,” it said.

Paul Charles, an adviser to several big travel companies, criticised how the changes to restrictions were made and called for more details from ministers.

“A continuing, complete lack of transparency underlines these changes which should be wider,” he tweeted. “Travel continues to be tethered.”

Irene Hays, chair of Hays Travel, which runs 450 travel agents across the UK, said that the constant changing of government restrictions was “confusing for people and I think there should be some clarity”.

The company said that sales had increased by almost 200 per cent this month compared to July with 49 per cent of bookings for 2021 and the remainder for next year.