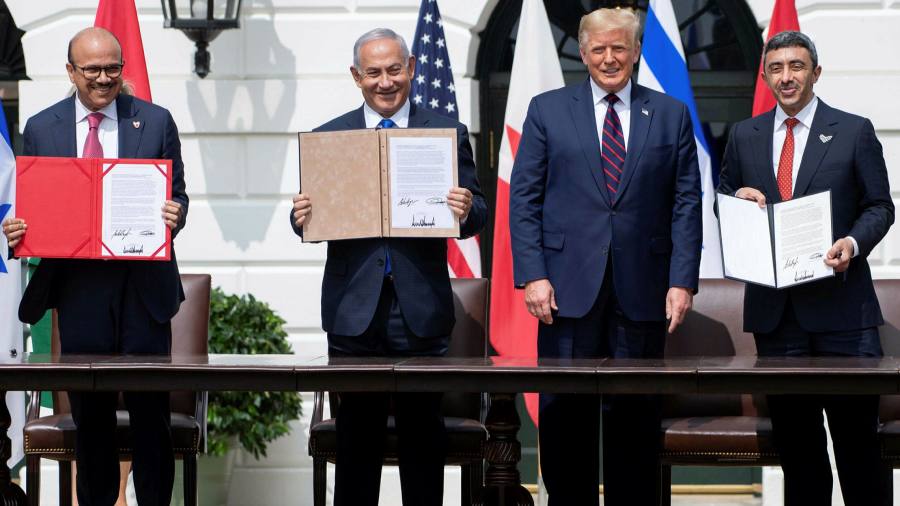 This past year, a kidney transplant was facilitated by a joint United Arab Emirates-Israel donor programme. Emirati artist Tareq Al Menhai performed a virtual concert with the Jerusalem Symphony Orchestra and the Shalva Band of Israeli musicians with disabilities. American and Israeli entrepreneurs expanded their D’Vaish health food company by partnering with the UAE-based Al Barakah Dates Factory, and Abu Dhabi’s Mubadala just closed on a $1bn investment in Israel’s Tamar gasfield.

The so-called Abraham Accords signed between the UAE and Israel in September last year have proved extraordinarily durable, even with the Covid-19 pandemic, which forced many countries to look inward. Travel and personal contact were restricted. New governments in the US and Israel had to face calls to deprioritise the Accords. The 11 days of conflict between Israel and Hamas earlier this year was tragic and unsettling.

After a year of open ties and peace between the UAE and Israel, real change is happening. Our goal now is to do more — to deepen the peace and extend it to the entire region.

Governments can make agreements, but Emiratis and Israelis are showing us all how people can make peace. They are rapidly breaking down barriers motivated by shared interests and common values.

But while we celebrate these achievements, Israelis and Emiratis must remain focused on something bigger. The Abraham Accords were always intended as a catalyst for greater change. How can we now work together to achieve a peace based on innovation that embraces the whole region?

First, the benefits of normalisation must be realised by all the signatories of the Accords, as well as by Egypt and Jordan. A Rand Corporation study put the region-wide potential at $1tn in new economic activity.

As two of the world’s most dynamic and advanced countries, the UAE and Israel together can help turbocharge economic opportunity by pushing for deeper regional integration. One element should be new institutions and co-operation to facilitate trade and to co-operate on public health and development.

Second, continued US and European involvement is critical. Republicans and Democrats don’t agree on much, but normalisation has had enthusiastic backing from both the Trump and Biden Administrations and across the aisle in Congress. Throughout Europe too, the Accords have been warmly received.

Active US and European political, financial, and technical support will help realise their full potential — as will the appointment of special envoys to co-ordinate these efforts. These moves will be welcomed as a clear signal of our friends’ sustained commitment to the stability and security of the region.

Third, the Accords underlined that even if a comprehensive peace agreement is still not in sight, better conditions for the Palestinians are a shared interest for us all. Normalisation must help facilitate increased investment, trade, and exchanges between Palestinians and the Arab world.

Sceptics will remain cynical, but they should look at what’s happened this past year, against all the odds. New ways of thinking and shared interests allow for breakthroughs and the building of relations. They encourage others in the region to initiate new channels of diplomatic dialogue.

Real breakthroughs are tough, but Emiratis and Israelis have shown that they are possible. This is just the beginning — the next step is to expand opportunity and connect people across the region. This is the best antidote to pessimism and the dead-end extremist ideology that has held the Middle East back for too long.