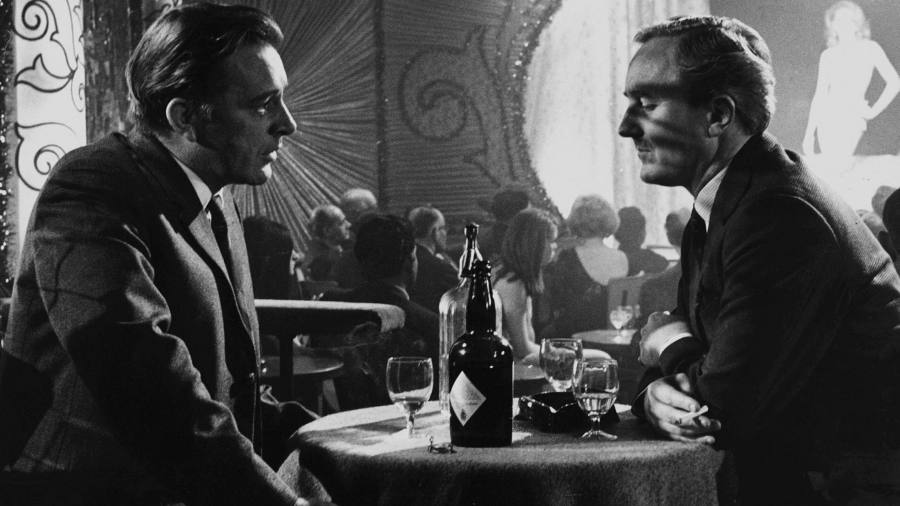 Sign up to myFT Daily Digest to be the first to know about Political espionage news.

What’s interesting about the news of the security guard at the British Embassy in Berlin caught passing classified documents to a Russian handler, is that it is so banal. As such, it reminds us that modern espionage is still not that far removed from the world depicted by John le Carré and Len Deighton during the Cold War.

We are conditioned by the high-tech antics of cyber spies’ and intelligence agencies’ eager and early adoption of the latest tools and techniques. But the Berlin case, assuming the charges are proven, is a crucial reminder that human intelligence — humint — remains the most vital of all the so-called “collection disciplines”.

A hack can access documents stored on a computer, a phone intercept can overhear a conversation and a satellite can photograph an installation. But they all have workarounds. The Iranian Revolutionary Guard sends key orders on paper by motorcycle courier to avoid US and Israeli eavesdropping and Russia uses inflatable tanks to fool satellites. Humans are imaginative, self-propelled, able to notice context and tell you things you didn’t know you needed to know. That’s why everyone, from MI6 and the CIA to the Russians, still spends so much effort in recruiting them.

As in the Berlin case, most are not the Kim Philbys or even Sergei Skripals of this world, but small fry: clerks and consular officers, drivers and drinking buddies, girlfriends and guards. They will generally not have access to top secrets, but nor will they have gone through the highest levels of vetting. Nonetheless, they will know something, and a motivated source can always get more.

Today, maybe they’ll just be providing low-level intelligence, but they’ll also be giving their handler a wealth of human-level insights. What is the Wi-Fi password (so they can hack in)? Who has a drinking problem or has again been overlooked for promotion (they may be open to recruitment)? Which cultural attaché seems to do nothing cultural (they may be a spy under diplomatic cover)? The source may get a promotion down the line, and their handlers will already have their hooks in, or they may be of value as an “access agent”, through whom the case officer can get to a more tempting prospect.

It’s all rather humdrum but often tragic too. When things go wrong, it is the small fry who face jail or worse, depending on what kind of regime they’re living under. Their handler probably has diplomatic immunity and faces no more than a trip home and maybe a middling grade at their next annual review.

Berlin, like any major capital, is a hotbed of intelligence activity, even though it is not quite what it was when it was still divided by the wall. Agents later mingled in Prague, but that ended with the Czechs’ recent gutting of the oversized Russian embassy and its rezidentura, or intelligence station. Instead, Vienna and Brussels are the new spying playgrounds, where the pickings are good, the local counter-intelligence services underwhelming and the restaurants excellent.

Berlin matters because Germany matters — more so now that Brexit has removed one of the poles of power on the continent. Shortly after the UK’s 2016 referendum, a former officer of the SVR, Russia’s Foreign Intelligence Service, told me that “Moscow will now see Europe as being just Berlin versus Paris” and that they expected “a lot more guys to be learning German”. Whether or not this is true, the US, Britain and even China are paying more attention to the city. Russia’s spies are equally keen to find out what their rivals are doing, as this affair illustrates.

The only unusual aspect of this case is how public it has become. Counter-intelligence officers usually try to turn agents into double agents. They also tend to conceal how they became suspicious. The source might simply find themselves “routinely” moved to a new position far from classified materials, or their contract terminated.

In this case, though, the German government appears especially bullish in pushing for a public trial. Having raised (shamefully) little fuss when a Russian contract killer with fake documents provided by the Federal Security Service — Moscow’s political police — shot a Georgian Chechen dead in the middle of Berlin at the end of 2019, and then done its utmost to ensure the Nord Stream 2 gas pipeline was built, perhaps its ministers finally felt they had to make a stand.

It won’t stop anyone, though. In today’s world, everyone spies on everyone else, and given that for every technological breakthrough there is a technological or procedural response, humint will continue to be at the heart of the intelligence game.