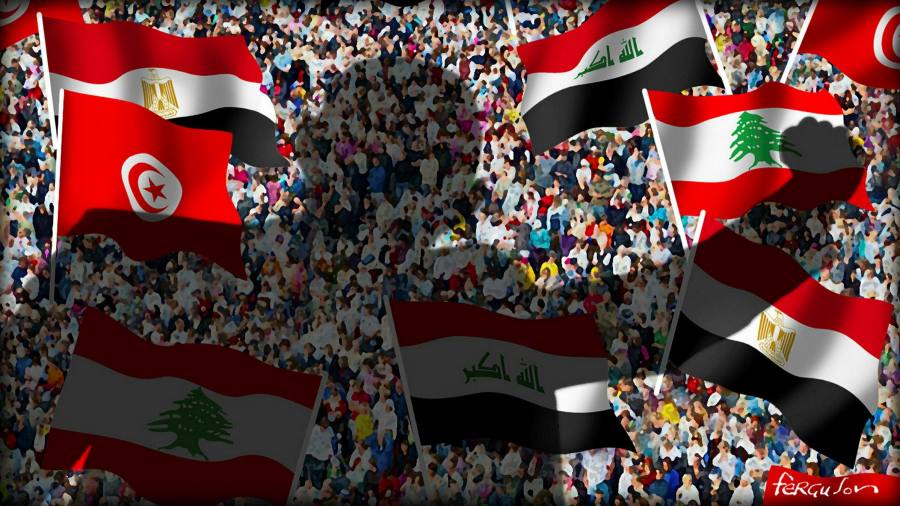 These setbacks for political freedom in the Middle East have global implications. In the US, President Joe Biden argues that the battle between autocracy and democracy will define this century. By contrast, Beijing is pushing a “China model” that stresses stability and order rather than political freedom. Events in the Middle East are an ominous sign for the democratic cause.

In Tunisia, President Kais Saied recently fired the prime minister and suspended parliament for 30 days. But while the president’s actions are widely seen as a coup, they seem to be popular in a country reeling from years of economic crisis and inept government.

Tunisia is a small place, which has played a big role in the recent history of the Middle East. The Arab uprisings began there, a decade ago, with the overthrow of President Zine El Abidine Ben Ali after 23 years in power. The revolutionary spark spread from Tunisia across the region. The next to fall were Hosni Mubarak and Muammer Gaddafi, the longstanding leaders of Egypt and Libya.

Egypt’s experiment with democracy ended in 2013, when a military coup, which was also popular at the time, overthrew the elected government led by the Muslim Brotherhood. Libya slipped into civil conflict after the death of Gaddafi. The democratic uprising in Syria was crushed by the Assad regime.

But the survival of Tunisian democracy meant that the hopes inspired by the Arab uprisings were still flickering. The extinction of democracy in Tunisia would send the opposite message. And while Saied’s ultimate plans are not yet clear, it seems that the country is moving in a more autocratic direction.

So how should those who sympathise with Biden’s arguments respond to the rollback of democracy in the Middle East? There is no need to abandon the belief that political freedom matters, or the hope that it can eventually take root in the region. But the principle needs to be balanced with empathy for the struggles of ordinary people stuck in failing states. Democracy, while important, ranks lower in the hierarchy of needs than food, shelter and security. If elected governments fail to deliver on these basic needs, then the temptation to embrace a strongman who promises stability becomes very strong.

In the Middle East, Lebanon and Iraq — both countries that are still, formally speaking, democracies — are dangerously close to becoming failed states. A year ago Beirut, the Lebanese capital, was devastated by an explosion caused by chemicals left untended in its port. Its political reformers have often been assassinated, underlining the reality that, beneath the surface of elections and free speech, lies a country in the grip of warlords and Hizbollah, the paramilitary group.

Iraq, like Lebanon, has adopted a form of democracy that divides power on a communal basis — a system that creates rigid interest groups and makes reform difficult. As they suffer through power and water shortages in scorching summers, it is not unusual to hear Iraqis sound nostalgic for Saddam Hussein, a vicious dictator who at least delivered reliable electricity.

The Middle East’s fledgling democracies have also been unlucky. The region’s richest and most powerful countries — Saudi Arabia, Iran, the United Arab Emirates and Qatar — are autocracies with little interest in helping democratic experiments succeed. Instead, they have waged proxy power struggles in Lebanon, Libya, Syria and Tunisia.

There is no reason to believe that people in the Middle East are any different from the rest of humanity in preferring freedom and the rule of law to dictatorship. But the last decade has also demonstrated the naivety of those who hoped that democracy would take root easily across the region.

Instead, events have underlined how hard it is for free elections to establish stable government in countries where decades of dictatorship have prevented the emergence of the other institutions that make democracies work — independent courts, a free media, a professional civil service and a literate population. (At the time of the Egyptian revolution, some 26 per cent of the population was illiterate.)

The experience of Asian countries, such as South Korea and Taiwan, suggests that a period of rapid economic, educational and institutional development under an autocratic regime can establish the conditions that make a transition to democracy more likely to succeed. Even 18th-century Europe developed rapidly under a group of rulers known as the enlightened despots. The difficulty is that, in the Middle East, unenlightened despots have been more common than the enlightened variety. One reason that the revolts of 2011 took place was popular disgust at years of corruption and stagnation.

“Autocracy” can sound tolerable in the abstract but it usually means torture, murder and injustice. Previous generations of Arab autocrats were able to try and buy some legitimacy with subsidised food and services, and plentiful government jobs. But that option may now be closed off because so many governments are highly indebted.

Experiments with democracy have failed to solve the Middle East’s problems. Renewed autocracy is unlikely to be any more effective.