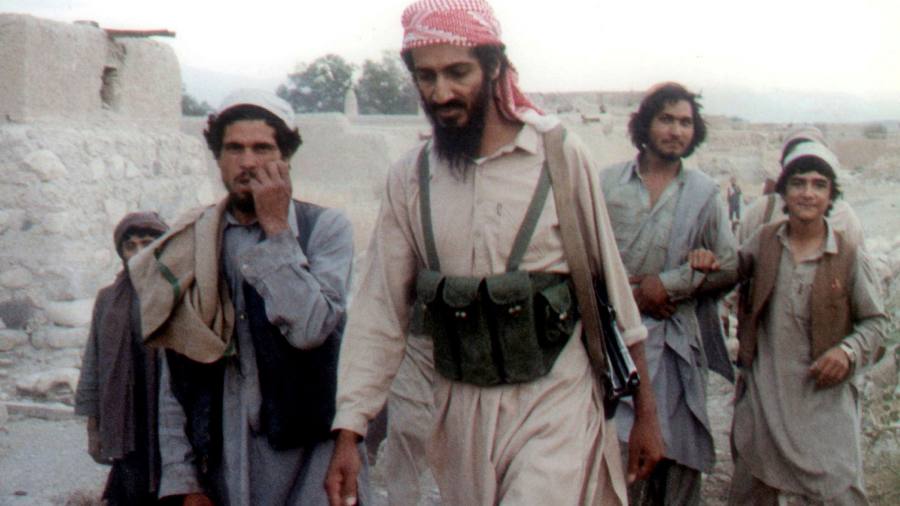 Sign up to myFT Daily Digest to be the first to know about Terrorism news.

As America remembers the trauma of the assault on New York and Washington on September 11 2001, the Taliban are back in power in Afghanistan, where the US began its 20-year crusade to defeat the al-Qaeda jihadis their Afghan hosts were sheltering.

Successive US administrations have largely prevented attacks on their soil, or any repeat of the Twin Towers apocalypse that may mark the peak of millenarian jihadism. Yet choosing to wage an amorphous “global war on terror” proliferated the al-Qaeda franchise.

Al-Qaeda was incubated during the cold war by the US-backed jihad to drive the Soviet Union out of Afghanistan, after which Washington left the devastated country to its own devices.

George W Bush repeated the mistake, turning away from Afghanistan in 2003 to invade Saddam Hussein’s Iraq. Despite manipulated intelligence reports, Saddam had nothing to do with 9/11. Nor did he possess weapons of mass destruction. The subsequent occupation destroyed the Iraqi state, tilted the regional balance of power towards Shia Muslims and Iran, and fuelled ethno-sectarian war across the wider Middle East. It would also spawn Isis, which even al-Qaeda disowned.

The global jihad imagined by Osama bin Laden banked on a western overreaction sparking Muslim reaction to a perceived worldwide assault on Islam. The US-led assault on Iraq came close to seeding these conditions for jihad. But the targeting of Muslims by Isis, al-Qaeda’s more virulent heir, caused revulsion, even after the west’s perceived betrayal of the mainly Sunni rebellion in Syria.

US recourse to torture and rendition devalued a democratic brand tainted by Guantánamo and Abu Ghraib. Yet Bin Laden’s solipsistic lament for the lost glory of Islam resonated with only a fraction of the diverse Muslim world.

Obtuse western blundering significantly strengthened Iran’s paramilitaries, from Hizbollah in Lebanon to the Hashd al-Shaabi coalition in Iraq. These militias with missiles helped the theocrats in Tehran carve a crescent of Shia power through Arab lands that acts as a recruiting sergeant for Sunni jihadis and an engine of proxy wars between rival sectarian supremacists.

The blood-addled doctrines of al-Qaeda and Isis were distilled from the Wahhabi bigotry pumped out by Saudi Arabia for decades, as well as western reliance on regional autocrats.

Now territorially defeated, Isis has melted back into Sunni Arab towns and tribes in Syria and Iraq. Yet tens of thousands of them survived the defeat of their caliphate — and the Sunni grievances they fed on are still in place: the Assad tyranny in Damascus and an Iran-backed hegemony in Baghdad.

Regional jihadi groups flourish from south Asia to the Sahel. Europeans from London to Madrid and Paris to Istanbul have borne the brunt of homegrown attackers. These threats remain. But can contemporary jihadism recreate a global network?

If the US and its allies continue to pull back from long-term interventions then the al-Qaeda dialectic that depends on an outraged response crumbles. Global jihadism has already gone local, as with the largely tribal phenomenon of the Taliban. Isis, moreover, had a windfall in fastening on to the residue of Saddam Hussein’s Ba’ath party and army. It was more local than it looked. But it could mutate again.

Only a long-term strategy can mitigate that. It needs a fraction of the trillions spent on the 9/11 wars, helping to build social capital: from education and health to institutions and infrastructure. Failing and failed states, with societies sunk in despair, need strategic patience.