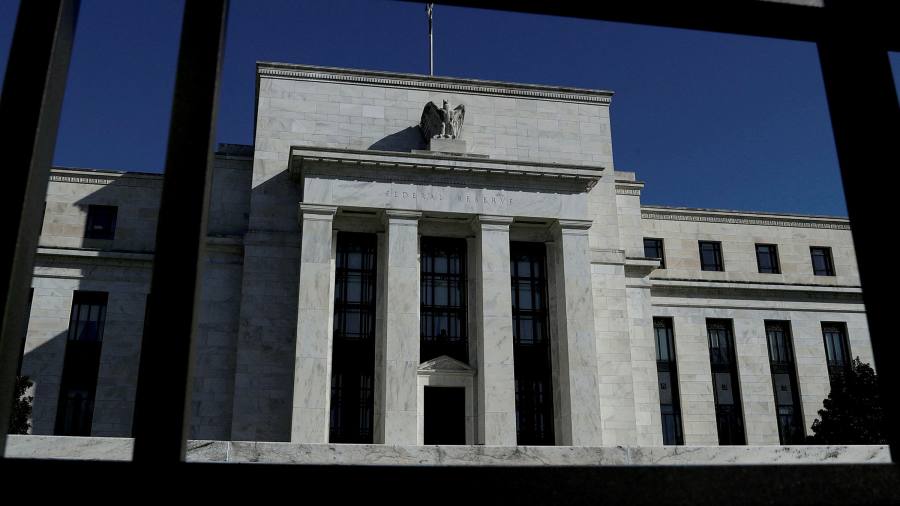 Sign up to myFT Daily Digest to be the first to know about US quantitative easing news.

A crunch in the supply of new US government bonds is looming, reducing expectations that the Federal Reserve’s withdrawal of its crisis-era stimulus programmes could jolt Treasury prices lower.

Investors lapped up $126bn of new Treasury debt at a trio of auctions this week, in the latest sign of the robust demand for top-rated bonds. The strong showing comes after the Treasury department said it may begin cutting its bond sales this November, the first reduction in five years, as funding needs for stimulus programmes have eased.

These dynamics are expected to provide a tailwind to the Treasury market, depressing yields. That comes during a time when the Fed is weighing when to start “tapering” its bond purchases, something many analysts expect to push yields in the opposite direction.

The level of US bond yields are key for the American and global economies since they set the borrowing costs for a broad range of assets, with lower yields considered to be more accommodative to growth than higher ones.

“Supply is a big story that is not being talked about,” said Greg Peters, head of fixed income multi-sector and strategy at PGIM. “The fundamentals ultimately drive things, but I do think the lack of supply . . . makes the [Fed] taper somewhat irrelevant.”

As the labour market recovers from the pandemic and inflation rises at its fastest pace in 13 years, the Fed has begun to discuss when it might begin to cut back on its bond purchases.

Vice-chair Richard Clarida said last week he would support a tapering announcement this year if the economy continues to progress as expected. The amount of Treasury debt available to investors would normally increase without the Fed as a buyer, but that may not be the case if issuance is being cut simultaneously.

The allure of US government debt has been bolstered since it offers positive returns with essentially no default risk in a world where $16tn of mostly top-rated bonds trade with a negative yield. Investors who purchase debt with negative yields are guaranteed a loss if they hold them to maturity.

The robust appetite was on show at the 10-year Treasury note auction this Wednesday, in which primary dealers, big financial companies that are obliged to absorb any supply not bought up other bidders, bought the smallest percentage on record. Indirect bidders — a proxy for foreign buyers — scooped up 77 per cent of the offering, worth roughly $32bn.

It’s not just foreign investors: average demand at 10-year auctions this year is the highest since 2014. The next test of supply is on Wednesday, when the US will auction off $27 billion in new 20-year debt.

“Global liquidity is massive. That is definitely going to put a cap on US long yields or just be a weight on them going forward, said John Briggs, head of strategy at NatWest Markets.