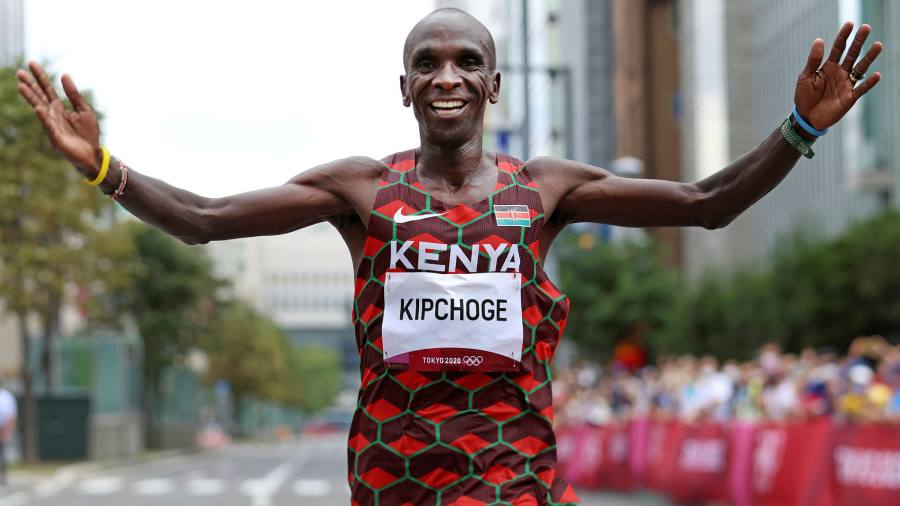 The US overtook China in the official medals table on the last day of the Tokyo Games, as all nations begin to assess their sporting performances over the past fortnight.

On Sunday, US women secured golds in basketball, track cycling and volleyball to secure 39 golds, one ahead of the Chinese team. There are just a handful of medals left to play for, with both American and Chinese boxers involved in final bouts this afternoon.

US commentators prefer to focus on the overall medal count and Americans had won 112 by Sunday morning, 25 more than China. But this measure of Olympic success requires a mental leap, giving third-placed finishers equal value to champions. Most other nations concentrate on the gold medal race.

Research shows that roughly 95 per cent of the difference between countries’ final medal tallies is reflected on underlying factors such as population size and gross domestic product per capita.

The two strongest Olympic nations also spend far more on sport than the rest of the world. The US is the world’s biggest sports market, with billions spent on professional sports and college athlete programmes.

China’s General Administration of Sport had a budget of 10bn yuan ($1.5bn) in 2019, raising up spending on training the nation’s elite sportspeople in the year before the Tokyo Games was due to take place before a pandemic-induced postponement to 2021.

Ahead of the Tokyo Games, the Financial Times produced an “alternative medals table”, analysing the results based on an economic model to judge if a country was beating or falling short of expectations.

By our measures, China has picked up 18 more medals than expected, with only the Russian Olympic Committee team doing more to outperform projections. As of Sunday morning, the US had scored three less than expected.

Other nations that rank high by our benchmarks are Australia, which had a particularly strong showing in the swimming events in Tokyo, and Italy, which picked up surprise titles in athletics, such as the previously unknown Lamont Marcell Jacobs winning the men’s 100m, the marquee race of any Games.

Those to broadly meet expectations include Japan, delighting locals by climbing to third in the official medal table.

Japan’s home advantage was enhanced at these Olympics given Covid-related travel restrictions, which favoured Japanese athletes training at home. The International Olympic Committee also inserted sports into the programme in which Japan excels, such as baseball, softball and karate. None of those events will return for the Paris Games in three years.

Britain also met expectations after turning itself into an Olympic juggernaut by targeting hundreds of millions of pounds of government spending and national lottery proceeds on a few dozen medal hopefuls.

Team GB declined to declare official targets ahead of the Games following a series of bullying and abuse scandals in Olympic sporting programmes. Former athletes have blamed toxic training environments on the link between future funding and medal performances.

The change in the British mindset should give pause to those observers who obsess over their medal count. While competing for national teams, few of the athletes involved appear to care about the overall tally. They dish out kudos according to which individuals leave Tokyo with gold, silver or bronze draped around their necks. Allyson Felix, left, became America’s most decorated track and field athlete after the US took gold in the women’s 4x400m relay to © AP

Jason Kenny won the men’s keirin event at Izu Velodrome on Sunday morning to become Britain’s most decorated athlete. The 33-year-old destroyed the field in the sprint racing event to collect the seventh gold and ninth medal of his career. The Kenny family is the first family of British Olympic sport, with wife Laura, winning five golds in total at three consecutive Games.

Eliud Kipchoge of Kenya defended his Olympic gold in the men’s marathon on Sunday, cementing the 36-year-old’s status as the best marathoner in history. His 2:08:38 winning time was far off the Kenyan’s world record of 2:01:39, though he said he was pleased that he was able to defend his 2016 Olympic gold after the Games were postponed. “It is a sign that shows the world we are heading in the right direction — we are on the right transition to a normal life”, he said. Silver and bronze in the men’s marathon went to Abdi Nageeye of the Netherlands and Bashir Abdi of Belgium, respectively.

The men’s marathon concluded 10 days of athletics action, with track and field events wrapping up on Saturday night. Sifan Hassan of the Netherlands finished her ambitious distance treble with a gold in the 10,000m, adding to her gold and bronze in the 5,000m and 1,500m, respectively. US sprinter Allyson Felix earned her 11th career Olympic medal with gold in the women’s 4x400m relay, establishing herself as the most decorated American track and field athlete in history, ahead of Carl Lewis. Japan won the baseball final on Saturday night, beating the US 2-0 in Yokohama. It was a much cherished victory given their men had never won gold in baseball before. And they get to hold the title for seven years at least as sport makes way for new events such as breakdancing at the Paris Games in 2024. Baseball could stage a return in Los Angeles 2028.

Brazil’s defended their Olympic football title, beating Spain 2-1 in Yokohama on Saturday night. The rules of the Olympic competitions mean the teams field largely under-23 sides in an effort to preserve the status of the World Cup, with just three players over that age limit permitted. The Brazilian team did include 38-year-old Dani Alves, among the sport’s most decorated players. He added Olympic gold to 43 titles, including the Champions League, Copa America and Spain’s La Liga. “He is an example to all Brazilian footballers,” said national coach Andre Jardine.

Tokyo Olympics Daily is published at 3.30pm Tokyo time. It is written by the team behind the Scoreboard Business of Sports weekly newsletter, with contributions from the FT’s Tokyo bureau. Sign up to Scoreboard here to receive it in your inbox every Saturday morning.