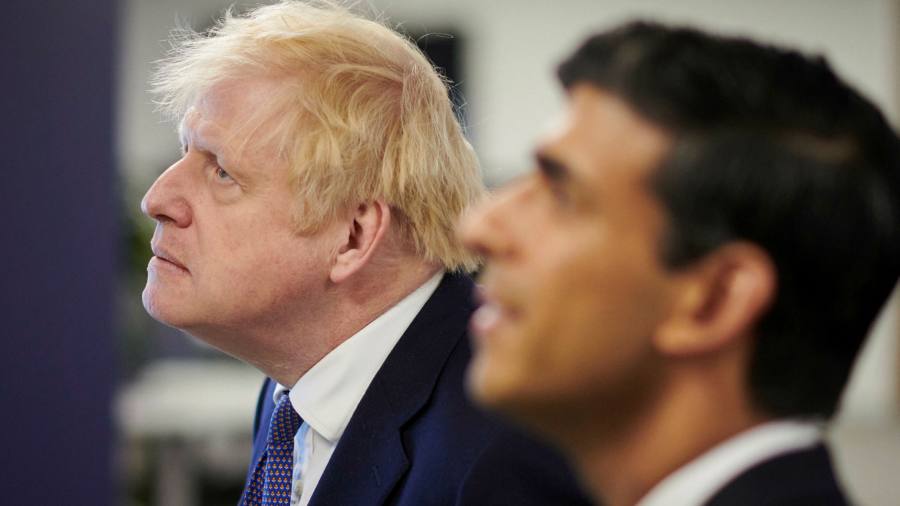 Senior Conservative MPs have warned Boris Johnson not to move against Rishi Sunak, following weekend reports that the UK prime minister had threatened to demote his chancellor.

Tensions between the two most senior figures in the UK government have risen over policy clashes on spending and taxation. Johnson is eager to spend more on the NHS and his ‘levelling up’ agenda to tackle regional inequality. But Sunak is concerned about rising inflation and interest rates and wants to keep spending in check given that the UK’s £2.2tn debt is at its highest since the early 1960s.

The fraught state of relations was further highlighted by a media report that Johnson had raised the possibility at the start of last week of moving Sunak.

The prime minister was “apoplectic” about a leaked letter to Johnson, in which the chancellor called for significant easing of travel restrictions ahead of the announcement last week, according to the Sunday Times. He reportedly suggested to aides “maybe it’s time we looked at Rishi as the next secretary of state for health”.

Downing Street and the Treasury declined to comment on the report.

One influential member of the government warned on Sunday that any threat to move the chancellor would probably backfire, given Sunak’s popularity and reputation for competence among MPs.

To lose one chancellor may be regarded as a misfortune; to lose two looks like carelessness

“Rishi is making it clear that he hates the silly spending. He is against lockdowns and prioritises economic growth. He represents a set of ideas. Other than Brexit, Boris does not,” the minister said, — adding that support in the Tory parliamentary party was split “50:50” between the two men.

Another senior MP said that Johnson did not have the standing to move him. “He couldn’t do it and that is obvious to everyone. To lose one chancellor may be regarded as a misfortune; to lose two looks like carelessness,” they said, referring to the resignation of Sajid Javid as chancellor last year. Javid was appointed health secretary in June after Matt Hancock resigned.

Sunak is much more popular among grassroots Tories than Johnson. According to a recent poll by the ConservativeHome website, the chancellor’s net satisfaction rating among party members is +74 points, compared to just +3 for Johnson.

However, one cabinet minister said most Tory MPs would back the prime minister even if he decided to move Sunak. “It is in the PM’s gift and Rishi needs to remember that. The loyalty of the parliamentary party is largely still to Boris.”

One senior government official said the idea of Sunak being demoted was “completely unfounded.”

An ally of Johnson said he was more likely to use the next cabinet reshuffle to promote ministers who could rival Sunak’s popularity.

“The easiest way of Boris countering him is to build up more people in the next reshuffle. You should never be left with only one heir apparent. At the moment there are too few and that means everyone gravitates to Rishi,” they said. 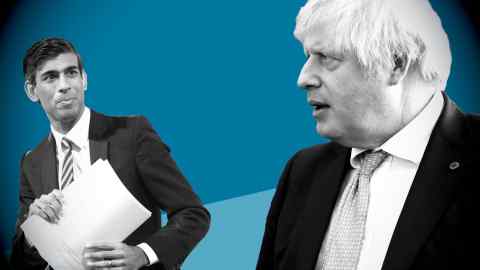 Some in Whitehall think the policy tensions between Johnson and Sunak have been overplayed. One official with knowledge of the situation said: “It feels the conflict is somewhat overblown”.

A senior Treasury insider said the chancellor was “solely focused on securing the country’s economic recovery and continuing to protect and create jobs.”

The prospect of any further fallout was unlikely, predicted a senior member of Johnson’s government. “I don’t think we are going to see a real punch-up”, but they admitted that policy differences had to be smoothed over.

The minister said Number 10 was “quite cheesed off” with Sunak’s behaviour “especially as some of the most expensive stuff done in the pandemic was Rishi’s, like furlough at 80 per cent of salary, without any question that taxes would have to go up to pay for that. But it seems they do for everything else like tackling manifesto commitments or backlogs.”