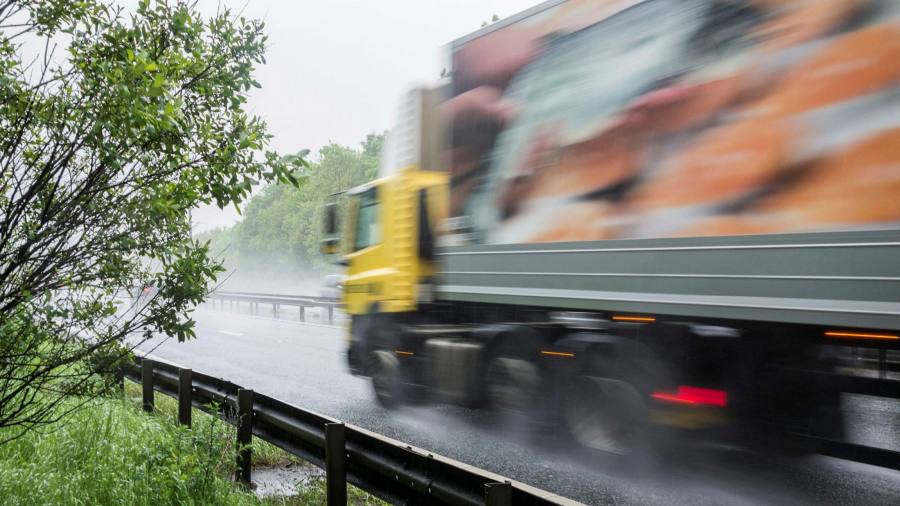 Sign up to myFT Daily Digest to be the first to know about UK employment news.

Ministers have told businesses to hire UK-based workers to address the country’s chronic shortage of lorry drivers, as hundreds of thousands of Britons prepare to leave the Covid-19 furlough scheme.

Kwasi Kwarteng, business secretary, on Friday wrote to business leaders to bat away their call for looser post-Brexit immigration rules to remedy the shortage of hauliers, saying foreign labour only offered “a short-term, temporary solution”.

With the furlough scheme ending on September 30, Kwarteng instead urged employers to help the “many UK-based workers [who] now face an uncertain future and need to find new employment opportunities”.

Office for National Statistics surveys suggest that up to 2m people were still partly or fully furloughed on the government’s job retention scheme in early August, some of whom could soon be job-hunting.

Chancellor Rishi Sunak also wants to ensure job opportunities are available when the furlough scheme winds down on September 30. “The labour market is still recovering,” said one government official.

A shortage of lorry drivers, partly caused by Brexit immigration rules and Britons leaving the industry, has hit supplies to supermarkets and restaurants. The disruption has been magnified by the shortage of staff among food manufacturers and warehouse operators.

McDonald’s took milkshakes off its menu this month, Nando’s ran short of chicken, and some supermarkets have warned of the risk of shortages in the run-up to Christmas.

Industry leaders have called on ministers to add heavy goods vehicle drivers to the government’s shortage occupation list, which would allow foreign hauliers to win an exemption from post-Brexit immigration rules.

But Kwarteng said in a letter to the British Retail Consortium and Logistics UK — seen by the Financial Times — that this would only be a short-term fix.

Kwarteng also highlighted government work in areas such as training, apprenticeships and reforms to HGV driver licensing to address the problem, but he struck a tough line against looser immigration rules.

“I am sure you would agree on the importance of utilising the strength of our domestic workforce and how our migration policies need to be considered alongside our strategies to ensure UK-based workers are better able to secure decent employment opportunities,” he wrote in the letter.

The National Farmers Union and Food and Drink Federation on Friday urged ministers to introduce a 12-month “Covid recovery visa” to fill short term job vacancies, including for HGV drivers.

Ian Wright, chief executive of the federation, predicted that food inflation would increase to between 6 and 9 per cent in the autumn, as rising wages and supply chain constraints fed through into higher prices.

The CBI wants butchers, construction workers, engineers and IT specialists added to the shortage occupation list of professions exempt from usual immigration rules.

But Priti Patel, home secretary, is strongly resisting pressure to bring forward from April 2022 a review by the independent Migration Advisory Committee of which jobs should be put on the list.

Ministers have pointed out how Europe as a whole is experiencing a shortage of lorry drivers.

But while they are currently resisting more immigration, it has not been completely ruled out. One government official said ministers were not going to relax immigration rules for hauliers “for now”.

Another said ministers wanted to see how the unwinding of the furlough scheme played out. “This isn’t your usual labour market shortage,” added the official.

Kwarteng’s business department is trying to establish the breadth of the labour shortages; his officials spoke to 60 business organisations on Thursday.

Work is also under way at the Treasury to assess how much of the issue is structural rather than cyclical.

Ed Miliband, Labour business spokesman, accused the government of being “asleep on the job” in failing to prepare for labour shortages, but did not advocate higher EU immigration to tackle the problem.

“Rather than passing the blame and the buck to businesses, ministers must take urgent measures to recruit and train workers to fill the current gaps,” he said.