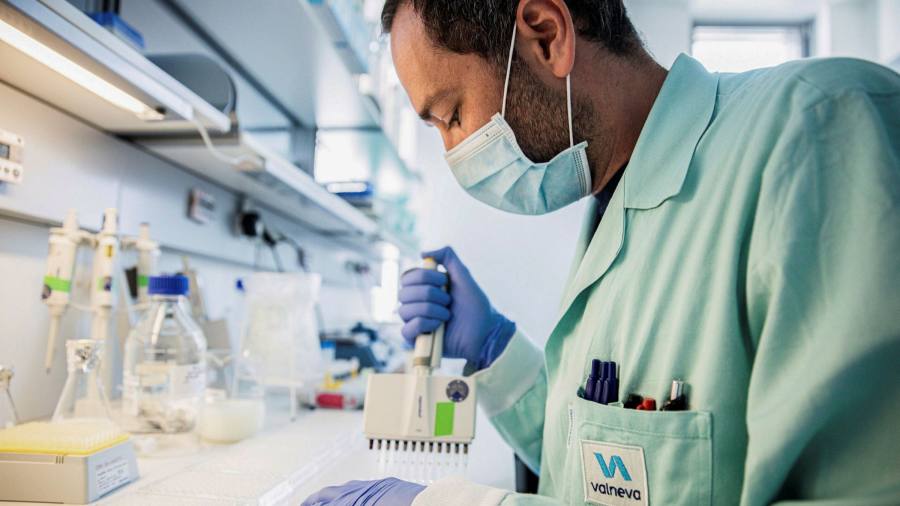 Sign up to myFT Daily Digest to be the first to know about Valneva SE news.

The UK has terminated an agreement with France-based biotech company Valneva for the supply of at least 100m doses of Covid-19 vaccine, saying the company was in breach of its obligations under the deal.

The company “strenuously” denied the claim in a statement on Monday. The deal was worth up to €1.4bn, with manufacturing due to take place in Scotland and deliveries due to start in 2022.

The vaccine candidate uses a whole inactivated virus to elicit an immune response against the coronavirus, a technique that can prolong the manufacturing process but also provides greater coverage against all variants. Most other shots are designed to target the spike protein of the virus.

The company had previously warned that exporting vaccines between the EU and the UK would be a “substantial risk” to its plans, because of its supply chain. Shots are put into vials in Sweden.

It was not immediately clear what had pushed the UK government to serve notice of termination.

The vaccine is in late-stage trials, with results and UK approval expected in the fourth quarter and late next year, respectively, Valneva said.

The drugmaker said in its statement it had worked “tirelessly, and to its best efforts” on its collaboration with the UK, adding it would increase its efforts to ensure its vaccine could be used against the pandemic by other potential customers.