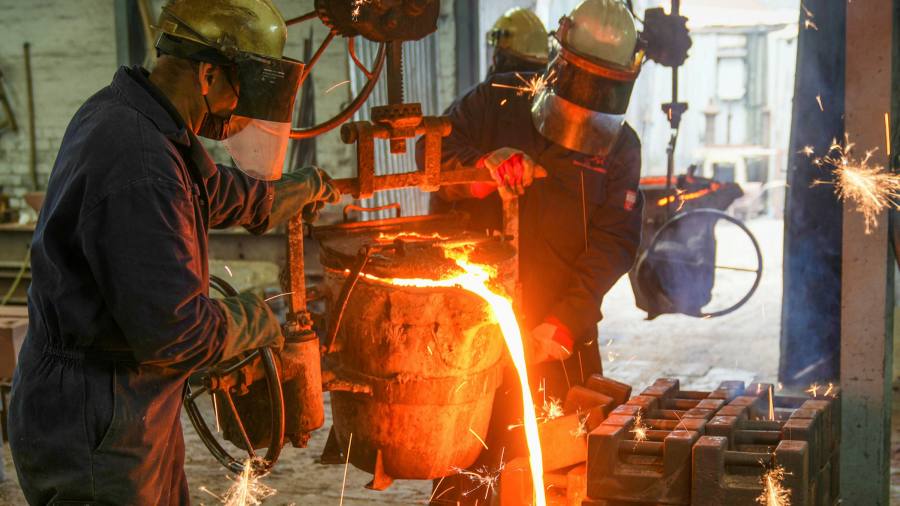 British corporate leaders are planning to expand operations and increase investment in 2022, according to three surveys published on Monday, although bosses expressed some concern about labour shortages and the impact of the Omicron coronavirus variant.

The surveys suggest UK companies are entering the new year with greater optimism than usual and expecting strong consumer demand to provide a robust year of growth.

Ian Stewart, chief economist at Deloitte, which surveyed chief financial officers of 85 large UK businesses, said: “Like equity markets, which rallied into the new year, CFOs seem to be looking past Omicron and plan to focus their businesses on growth in 2022.”

The Deloitte survey showed that financial officers were keener to invest in 2022 than in any other year since it began to ask the question in 2009.

The main driver of planned higher investment this year was the expectation of strong UK and global demand for their company’s goods and services rather than policy instruments, such as the super deduction of capital spending in the corporate tax system, which runs until 2023, or the government’s levelling-up agenda.

These senior executives also expected their company’s links to the EU to decline as the new barriers to trade from Brexit continued to bite.

But these impediments were a lesser concern than labour shortages, according to Stewart. “It is a measure both of the remarkable snapback in activity from the pandemic and the scale of the challenge today that CFOs rate labour shortages as the greatest risk to business,” he said.

In the survey, financial officers cited persistent labour shortages, the pandemic, climate change and higher inflation as the top risks facing their businesses, but were much less concerned about coronavirus than at the start of 2021.

Concerns about labour shortages were also evident in Make UK’s survey of the manufacturing sector, which represents about 10 per cent of the UK economy.

Make UK expects its part of the economy to have grown 6.9 per cent in 2021 as it recovered from the pandemic and is forecasting another relatively strong year in 2022, with a further 3.3 per cent expansion.

Stephen Phipson, chief executive of Make UK, said that manufacturers in Britain had shown their worth by emerging from the pandemic in a strong position. “While clouds remain on the horizon in the form of rapidly escalating costs and access to key skills, the outlook is more positive for those that remain adaptable, agile and innovative,” he said.

A slightly more downbeat assessment of the business environment came from BDO, the accountancy and business advisory firm. Its monthly indicators of business optimism and output fell in December amid the wave of Omicron infections although both indicators were still higher than their average levels.

Kaley Crossthwaite, a partner at BDO, said the drop in optimism in December stemmed from “ongoing uncertainty” concerning Omicron, supply chain disruption and inflationary pressures. She added: “While the health of the jobs market continues to be a glimmer of hope for employees and the government, it also demonstrates the difficulties that businesses are having recruiting and retaining staff.”