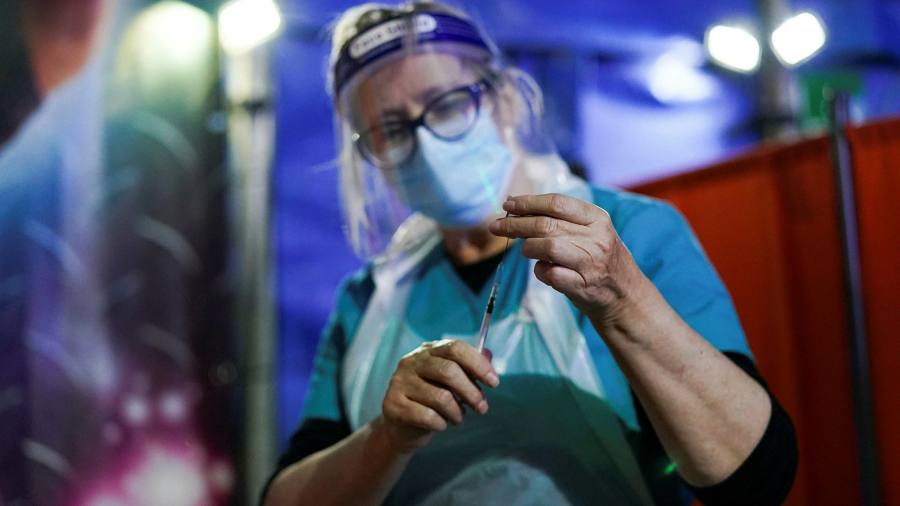 The UK’s Covid-19 vaccination programme is to be extended to 16- and 17-year-olds, bringing the country more closely into line with international counterparts such as the US and Israel which have already jabbed substantial numbers of children.

The Joint Committee on Vaccination and Immunisation (JCVI) will announce the step later on Wednesday and its recommendation will be accepted by ministers, according to Whitehall officials. Vaccinating this age group could help to contain a surge of cases when schools resume in the autumn.

Universities minister Michelle Donelan said on Wednesday that the government was waiting for the JCVI’s formal recommendation on the matter, was which expected “imminently”.

“What we are doing is waiting for the JCVI announcement”, she told Sky News. “They are the experts, the leading scientists and they will give us their advice on what should be the future rollout for 16- to 17-year-olds.”

She added: “At every stage throughout the pandemic we have adopted their advice on this, they are the experts, of course.”

Nicola Sturgeon, Scotland first minister, appeared to preview the development on Tuesday when she told the Scottish parliament that she expected updated advice on vaccinations for all teenagers from the JCVI “literally in the next day or so”. She said she hoped jabs could be offered to all 16- and 17-year-olds “as a priority”.

Under guidance issued last month, only 12- to 17-year-olds with substantial underlying health conditions or those living with people who are immunosuppressed were eligible for immunisation.

The Medicines and Healthcare Regulatory products Agency (MHRA), the UK regulator, in June approved the BioNTech/Pfizer vaccine for use in children between the ages of 12 and 15. The vaccine was already approved for all aged 16 and above.

However, the JCVI said last month that there was currently insufficient evidence to advise routine vaccination for under-18s. The advice would be kept under review “as more safety and effectiveness information become available on the use of Covid-19 vaccines in children and young people”, it added.

Children who contract the disease usually suffer only mild symptoms and a study by researchers at King’s College London, published on Tuesday, found they were also far less likely than adults to suffer from “long Covid”.

In its assessment in July, the JCVI concluded “that the health benefits of universal vaccination in children and young people below the age of 18 years do not outweigh the potential risks”. It was “reasonable”, however, that young people within three months of their 18th birthday should be offered the vaccine, it said.

The expected announcement comes as the government ramps up efforts to encourage younger people aged 18 to 29 to take up their offer of the jab. In recent days, companies such as Deliveroo, Bolt and Uber have promised discounts on food for those who get the jab and free rides to vaccination centres in a bid to boost uptake.

Vaccinating more under-18s could contribute to wider population immunity, if the government fails to make headway in persuading larger numbers of young adults to be jabbed.

“We continue to keep the vaccination of children and young people under review and will be guided by the advice of the independent Joint Committee on Vaccination and Immunisation,” the Department of Health and Social Care said.

Downing Street did not immediately respond to a request for comment.