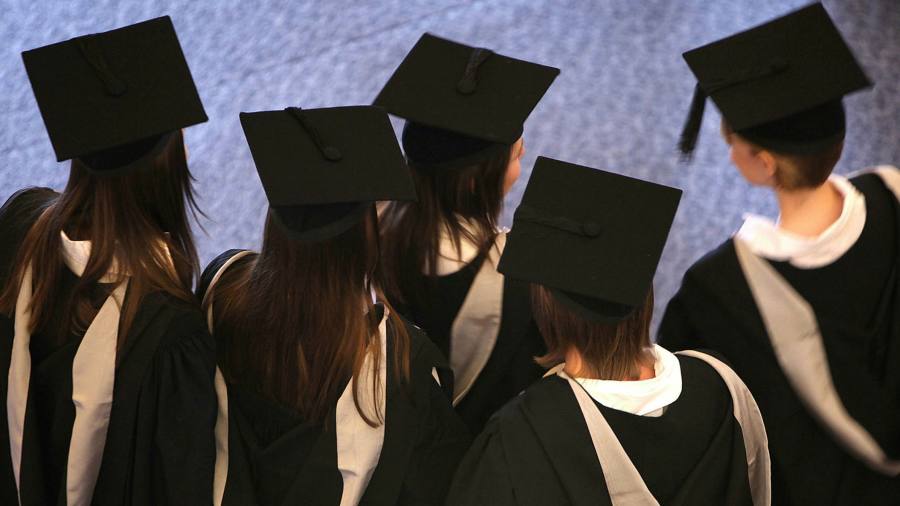 Graduates in the UK will face a 50 per cent tax rate on any additional money they are paid by their employers from next April after Boris Johnson increased national insurance rates, highlighting the additional tax demands placed on young people over the past decade.

Those who have student loans and incomes above the threshold to repay them will see 49.8 per cent of any increase in pay from their employers taken away in income tax, national insurance and student loan repayments.

The calculations show how governments of both parties have loaded additional taxes on employers’ levies and on younger people even as they have championed cuts to the headline rate of income tax.

From next April, graduates such as teachers or marketing executives earning £30,000 will only get half of any pay increases granted by their employers despite paying an income tax rate of 20 per cent.

In comparison, when the headline rate of income tax was 22 per cent in 2000-01, the total tax rate on additional income for graduates was 47.4 per cent and in 1980-81 when the income tax rate was 30 per cent, the effective tax rate for the same person would be only 42.3 per cent because there were no student loan repayments taken out of salary.

Speaking at an event organised by the Resolution Foundation think-tank on Wednesday, Lord David Willetts, the Conservative peer who advised Margaret Thatcher in the 1980s, said that taxes were rising to reflect difficult demographic pressures on public spending.

“National insurance increases are nothing new,” he said as they were seen as an easier way of collecting revenues. “It was in those early Budgets since 1979 that the sharpest increases in national insurance in British political history ever happened. They went from 6.5 per cent in 1978-79 [under the Callaghan government]. They got to 9 per cent by 1982.”

Tom Waters, a senior research economist at the Institute for Fiscal Studies, a think-tank, said Johnson’s national insurance increases were “the latest in a long line of reforms which have tilted the burden of taxation towards the earnings of working-age people and away from the incomes of pensioners”.

Dominic Cummings, Johnson’s chief adviser, sought to fuel anger with his former boss among younger people. “Tell your friends: the Tories are making the young — who can’t get a house & working for average/below average income, already screwed by a decade of hapless Tory government — to work harder to subsidise older richer people. They promised to do the opposite,” he tweeted.