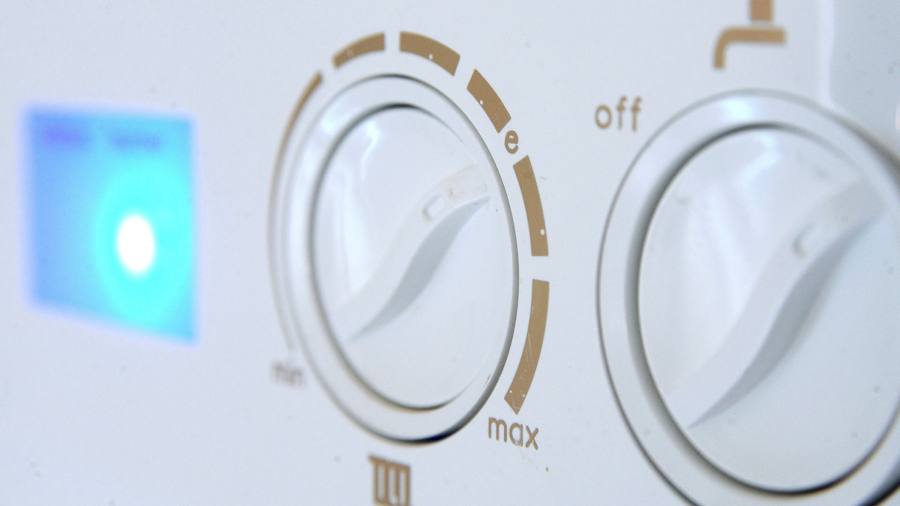 UK business and energy secretary Kwasi Kwarteng was making emergency calls to some of Britain’s biggest energy groups on Saturday, as fears grow that four more suppliers could fail in the next 10 days as a result of record high gas and power prices.

Five smaller suppliers have gone out of business since the start of August as surging wholesale prices have left companies with insufficient hedging strategies or weak balance sheets unable to cover the cost of the energy they had committed to supply.

There are growing concerns among CEOs of the bigger suppliers that the five, including People’s Energy and Utility Point, with 570,000 domestic customers between them, are just the tip of the iceberg.

Further failures in the next 7-10 days could see 1m customers needing to be transferred to new suppliers.

The worry among suppliers is that taking on customers who are on fixed price energy tariffs would be loss making for their businesses, risking weakening even the larger companies.

Energy consultancy Baringa has said there may be “less than 10 suppliers by the time we come through winter”. At the end of March, there were 49 domestic suppliers, according to the latest available market share data from Ofgem.

Kwarteng said in a series of Tweets that he would meet Ofgem, the regulator, on Sunday to discuss the situation before convening a roundtable with industry on Monday “to plan a way forward.”

He said executives had assured him security of the UK’s gas supplies was “not a cause for immediate concern.”

“Britain has a diverse range of gas supply sources, with sufficient capacity to more than meet demand,” Kwarteng said. “We do not expect supply emergencies this winter.”

“However, our exposure to volatile global gas prices underscores the importance of our plan to build a strong, homegrown renewable energy sector to further reduce our reliance on fossil fuels.”

Kwarteng added that energy security was an “absolute priority” and the government was working with Ofgem and gas operators to monitor supply and demand.

A director at one big energy supplier called the situation “unprecedented” and said there may be a “tsunami” of supplier failures which would put severe pressure on Ofgem’s process for ensuring the customers of those businesses were reallocated to another company.

Energy suppliers familiar with the talks said that while nothing had been decided on Saturday a number of options were being debated with the government. They indicated the most likely was a form of government-backed loan for companies that took on customers of any suppliers that shut down.

Other options include lowering or removing certain levies on consumer bills.

A director at one of the bigger energy companies warned there were fears in the market that some of the larger suppliers could also be in trouble and questioned whether some might prove “too big to fail”.

Ofgem acknowledged that the record wholesale gas prices were “undoubtedly putting pressure” on energy suppliers but insisted it had the “systems and processes in place to ensure that customer needs are always met”.

This might include the appointment of a special administrator to temporarily run a failed supplier if a supplier of last resort was not possible, the Department for Business, Energy & Industrial strategy said.

Michael Lewis, the chief executive of Eon UK, told the Financial Times in an interview last week that the situation facing suppliers was “extremely challenging,” as the market had already been “fragile” before the recent spikes in wholesale prices.

He pointed out that the industry was, on aggregate, lossmaking following the introduction in 2019 of a price cap for 15m households that limits suppliers’ margins.

Ofgem on Friday appointed EDF Energy to take on 220,000 customers from Utility Point, but it is yet to name an alternative supplier for People’s Energy customers.

Record gas prices are having ramifications across the UK economy, forcing the closure this week of two large fertiliser plants in the north of England and threatening the supply of products from meat to steel.

Ed Miliband, the UK’s shadow business secretary, had earlier this week accused the government of being “nowhere to be seen”.

“It is a fundamental failure of long-term government planning over the past decade that we are so exposed and vulnerable as a country and it is businesses and consumers that are paying the price,” Miliband said.

The government said the UK benefited from access to diverse sources of gas supply “to ensure households, businesses and heavy industry get the energy they need at a fair price.

“We are monitoring this situation closely and are in regular contact with the food and farming organisations and industry, to help them manage the current situation.”

Lower supplies from Russia, as well as domestic sources as gasfield operators undertook maintenance delayed from last year, limited injections into storage facilities over the summer.

Soaring gas prices have had a knock-on effect on power prices, particularly in countries such as Britain where the fuel is the biggest single source of electricity generation.

Low wind speeds have added to the high electricity prices, while outages at other power stations, plus a fire at Britain’s main subsea electricity cable from France on Wednesday, have led to concerns over whether there will be sufficient supplies over winter.

Consumers looking to save money by switching energy provider will find it all but impossible as hundreds of deals are pulled from the market, pushing up the cost of locking into a fixed-rate contract, Claer Barrett, the FT’s consumer editor writes.

Some UK price comparison websites including Compare the Market have paused energy switching services as energy suppliers restrict the number of tariffs available.

Others, including uSwitch and Moneysupermarket, were offering a fraction of the usual number of switching deals. The uSwitch website warns consumers searching for a quote “You might want to wait for more deals,” stating the rise in wholesale energy costs “has an impact on the number of deals we can offer right now.”

Deals still being offered via comparison sites that the FT examined tended to require that consumers “lock in” to a fixed-price contract for one, two or three years, with most carrying exit penalties ranging from £15 to £100.