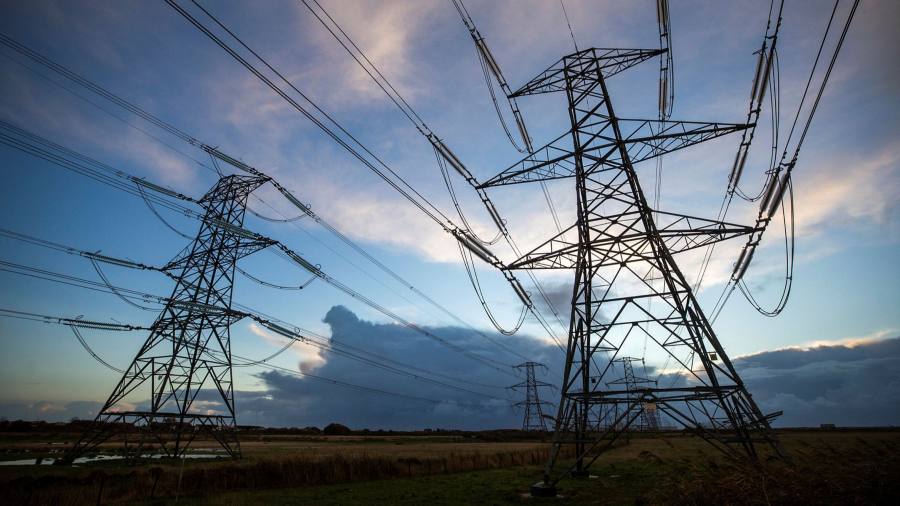 Sign up to myFT Daily Digest to be the first to know about UK energy news.

The UK has opened applications for a £450m innovation fund aimed at accelerating efforts to decarbonise energy networks, as the country gears up to host the UN’s COP26 climate summit later this year.

Ofgem, the independent energy system regulator, and Innovate UK are pushing for companies to come forward with proposals for heating, transport, digitalisation and system integration with the objective of turning the UK into the “Silicon Valley of energy”.

The funding, which comes from network charges on consumer bills, could be increased if enough viable proposals come forward, Ofgem said, as the country targets cutting emissions to net zero by 2050.

“Ideas need to be big, bold and ambitious with potential to scale across the networks upon completion,” Ofgem said in a statement, adding it was targeting projects “from ensuring the networks are ready to roll out clean heating solutions such as heat pumps to Britain’s homes to developing ways for network companies to work together across transmission, distribution, system operation, gas and electricity”.

Ofgem said it was also interested in projects such as battery storage technology, which is seen as critical as a larger part of the UK’s power generation comes from intermittent renewables such as offshore wind power.

The UK has been among the most successful large economies at reducing emissions by largely phasing out coal from its electricity network, partly by boosting renewables such as onshore and offshore wind, but also by becoming more reliant on imports.

Earlier this month UK electricity imports hit a record high, according to energy market analysts EnAppSys, a trend it said was set to continue in the “short-to-medium term” as new interconnectors started up, including ones to Norway and France set to begin operation later this year.

“At Christmas [the UK] will have 8.4GW of installed cables from other markets, meaning that around 25 per cent of the electricity we need could come from overseas,” said Phil Hewitt, director of EnAppSys. “This increases the likelihood of import volumes hitting new highs in the next few months.”

EnAppSys said, however, that the UK was likely to become a net exporter of electricity, potentially as soon as 2025 as more offshore wind farms started up, leaving it at times with a surplus of power.

As part of the Strategic Innovation Fund launched by Ofgem and Innovate, companies and universities will need to form partnerships with the gas and electricity network and system operators, with the consortiums then applying for funding through a competitive process.

Lord Martin Callanan at the Department for Business, Energy and Industrial Strategy said the Strategic Innovation Fund was aimed at “building back greener” after the pandemic.

Prime minister Boris Johnson has made green policies a priority ahead of COP26 in Glasgow in November, introducing a ban from 2030 on sales of new petrol cars and big new targets for offshore wind generation, although some environmental groups say he has not gone far enough.

Hitting net zero targets will require changes to large swaths of industrial activity, according to a report by the Climate Change Committee, the government’s independent advisory group, including an electricity system that operates largely without generating carbon emissions.