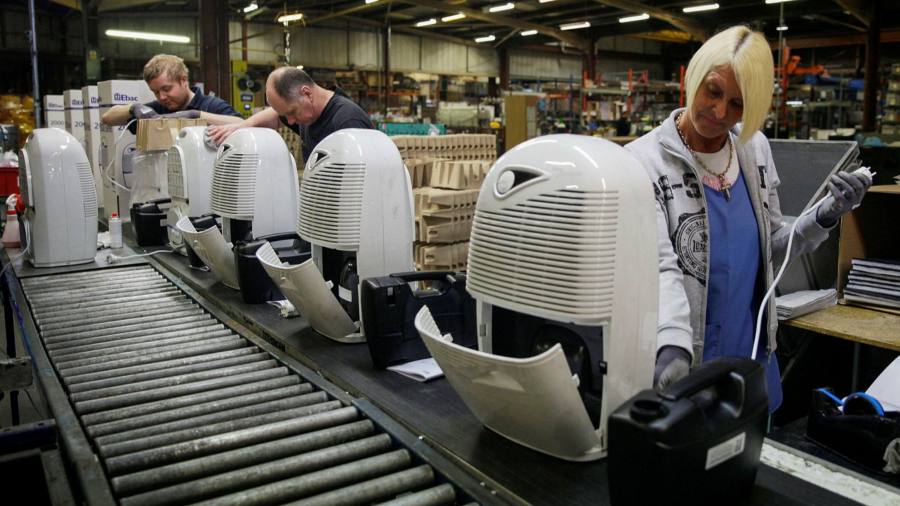 The UK government is to grant a major concession to British business by prolonging the deadline for companies to adopt a new “UKCA” safety and quality mark for their goods after Brexit.

The one-year extension for UK products to continue using the EU’s “CE” safety mark came after businesses warned that they would not be ready for the planned post-Brexit shift away from EU certification at the end of 2021.

The government climbdown, which will be announced on Tuesday, will give vital breathing space for UK manufacturers, which had warned over risks to the British supply chain if they could no longer use products made overseas.

Under the UK plans, companies will now be given until January 2023 to apply for the new “UK Conformity Assessed” marks, according to a person briefed on the move.

The government said the coronavirus pandemic had made it more difficult for businesses to prepare for the change, which requires manufactured products to be tested and carry UKCA certification to replace the EU’s CE mark.

To win UKCA status, products need to be approved by British-based authorising bodies, which has caused a backlog of applications for key components.

Trade groups, including automotive makers, lift manufacturers and building supplies groups, have repeatedly warned that the UK does not have sufficient capacity to handle the huge demand for the testing of products.

They also warned the government that EU-based suppliers were in many cases not ready to obtain a UKCA mark in order to supply goods to the UK market, raising the risk of serious gaps in British supply chains.

Businesses added that where EU companies supplied only a small number of goods or components, they were not willing to bear the costs of certifying those products for a handful of UK businesses.

UK certification applies to the processes used to make the parts as well as the parts themselves, adding further complications.

“We haven’t got capacity in many areas such as construction products and pyrotechnics,” said Fergus McReynolds, director of EU affairs at manufacturers trade group Make UK.

“The UK is facing a crunch running up to the end of the year as more companies race to apply. Supplies will also be cut off if overseas supplying businesses are not ready. The question is then how to incentivise them to use the CA markings.”

Trade bodies are also working with officials to streamline the process of transferring existing CE marks to the new UK certification system, which recognises previous EU registrations as valid but requires them to be converted into UKCA marks.

Nick Mellor, managing director of the Lift and Escalator Industry Association, said the extension was necessary to enable certification bodies to work through thousands of designs and safety components that need to be recertified.

Follow the big issues arising from the UK’s separation from the EU. Get Brexit Briefing in your inbox every Thursday. Sign up here.

William Bain, Head of Trade Policy at the British Chambers of Commerce, which has led calls for an extension, welcomed the reprieve until January 1 2023, but warned that the government still had to consult before pulling the plug completely on CE-marked goods after that date.

He added that even with the extension, businesses involved in complex supply chains, such as the automotive sector, would still incur large costs from having to duplicate UKCA and CE marks on some components. “This could compromise the output of these industries, limit availability of goods for consumers and create mounting cost pressures on British businesses,” he added.

Sam Lowe, trade expert at the Centre for European Reform, a think-tank, said that the since UK was unlikely to diverge from EU goods rules in practice in most areas, it made sense to continue to allow CE-marked goods to be sold in the UK, both now and far into the future.

Russell Beattie, chief executive of the Federation of Environmental Trade Associations, welcomed the government move. “We are keen to work closely with the government to work through these undoubtedly complex issues,” he added.

In a statement, the UK business department said the UKCA mark was designed to allow the UK to have control over its regulation of goods after Brexit. It added that extending the deadline in the light of the continued impact of the pandemic would provide “clarity and certainty” for business.

The FT has revamped Trade Secrets, its must-read daily briefing on the changing face of international trade and globalisation.

Sign up here to understand which countries, companies and technologies are shaping the new global economy.