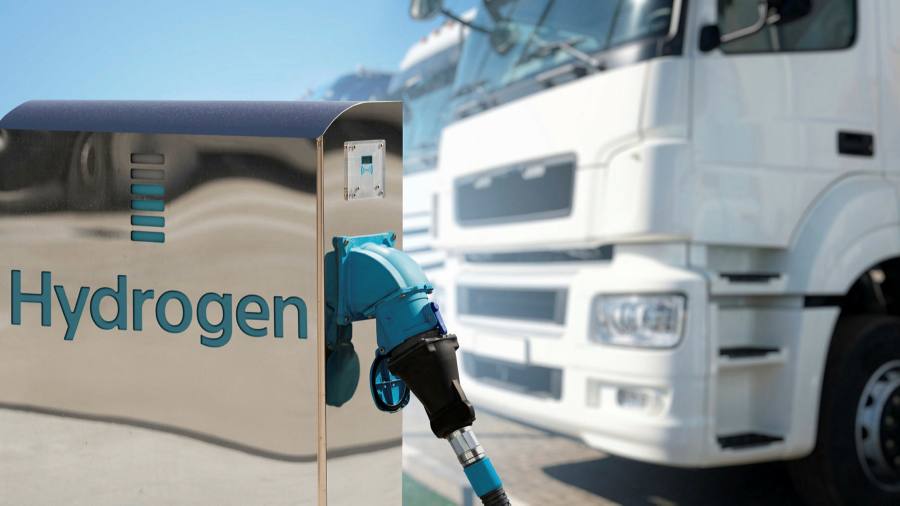 Sign up to myFT Daily Digest to be the first to know about UK energy news.

UK taxpayers could subsidise the production of “low carbon” hydrogen so it is as cheap to buy as natural gas as ministers seek to persuade a range of sectors to switch away from fossil fuels.

A consultation on how to bridge the gap between the high costs of producing low carbon hydrogen and an affordable purchase price for industries that are currently reliant on cheaper fossil fuels will be launched by the Department for Business, Innovation and Skills on Tuesday. The government will seek views on whether subsidies should be met out of general taxation or via surcharges on household energy bills.

Ministers also published the UK’s first hydrogen strategy aimed at helping slash carbon emissions from a swath of sectors, from heavy industry to home heating, in addition to creating 9,000 “high quality” jobs by the end of the decade.

Interest in the light colourless gas, which does not produce carbon dioxide when burnt, has boomed as many countries view hydrogen as a key way to decarbonise sectors for which there are few other easy climate solutions.

But environmental experts and academics have warned hydrogen is being “overhyped” and have criticised prime minister Boris Johnson’s backing for a particular production method, which uses natural gas and carbon capture and storage technology, and is known in the industry as “blue” hydrogen.

The UK is aiming for 5 gigawatts of low carbon hydrogen production capacity by the end of the decade, which the government claims could replace natural gas in powering around 3 million homes a year.

The UK’s strategy puts it at odds with the EU and several other countries pursuing a cleaner production method that involves the electrolysis of water using renewable energy to produce “green” hydrogen.

Ministers will, however, consult on a UK standard for low carbon hydrogen which would mean projects that emit more than an agreed level of carbon dioxide per unit of hydrogen would not be eligible for government support schemes.

A study by researchers at Cornell University in the US last week ignited further debate around blue hydrogen as it warned such production methods may even be worse than burning natural gas.

Juliet Phillips, senior policy adviser at E3G, a climate think-tank, said as other countries raced ahead with green hydrogen, “it is disappointing to see the government back blue,” calling it “a second rate solution to the climate emergency”.

Doug Parr, chief scientist for Greenpeace UK, said the emphasis on blue hydrogen in the strategy “looks like a bad idea both environmentally and economically”.

Professor David Cebon, professor of mechanical engineering at Cambridge university, also warned that producing green hydrogen is highly inefficient and sufficient quantities could not be produced for all of the potential uses for which it has been touted.

“Hydrogen should be used only as a last resort for sectors that have no option to electrify,” Cebon said. “Directing public funds towards hydrogen in sectors that have more effective alternative solutions is a mistake.”

Ministers are proposing to support the growth of a hydrogen economy by using a financing mechanism similar to one that is already used to encourage the construction of offshore wind farms.

Under the plans, hydrogen producers would receive a payment that bridges the gap between their costs and the price at which they want to sell, although the latter could not be lower than the price of natural gas so as to ensure taxpayers or households are not paying subsidies that are too high. Producers could, however, price hydrogen close to natural gas so as to stimulate demand.