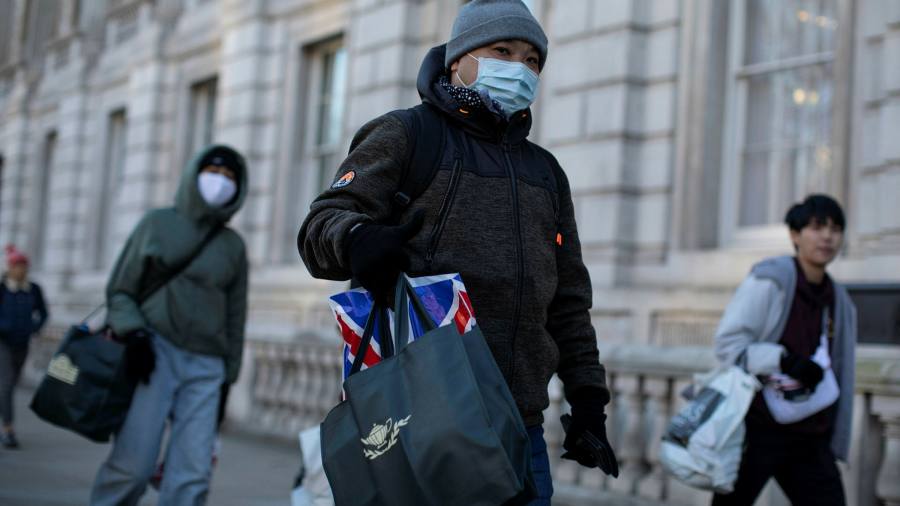 US technology stocks rose on Tuesday, as investors took comfort from Federal Reserve Chair Jay Powell’s assurance that the central bank would act to curb inflation before it gets out of control.

The tech-heavy Nasdaq Composite index rose 1.2 per cent and was on track for its best day in a week. The index had briefly dropped into correction territory on Monday before recovering to end the session roughly unchanged.

The broad-based S&P 500 stock index had risen 0.7 per cent by mid-afternoon trading on Tuesday in New York, while its information technology sub-index gained 1 per cent.

In an appearance before the Senate banking committee on Tuesday, Powell said that high inflation had taken a “toll” and the central bank would act to prevent it from “becoming entrenched”.

But Powell also reaffirmed that the central bank expects inflation to peak in the middle of the year, suggesting a dramatic increase in interest rates may not be necessary.

Tech stocks, and especially high-growth tech stocks, are particularly sensitive to inflation and the prospect of higher interest rates as a result. Much of their valuation is based on projections of higher-than-average future growth, which can be eroded by increasing costs stemming from inflation and higher rates.

“I think the market was comforted by (Powell) saying that he will act if he needs to, but he also confirmed his view that the Fed expects inflation to peak mid-year. So that is, on balance, a fairly benign perspective,” said Kristina Hooper, chief global market strategist at Invesco.

Markets have struggled to establish a direction in recent days as traders debated whether inflation had crested and how aggressively the US Fed would act to reverse it.

Following strong US jobs data last week, and ahead of consumer price figures on Wednesday, markets have priced in the Fed’s first interest rate rise of the pandemic era by March. Goldman Sachs, the investment bank, expects four US rate increases this year.

“Its all about the Fed now and nothing else really matters,” said Hani Redha, portfolio manager at PineBridge Investments.

The Fed has already begun to wind down its pandemic-era stimulus policies. It has reduced the $120bn monthly purchases of Treasuries and mortgage-backed securities that were started in March 2020, and is preparing to reduce its $9tn balance sheet. Powell on Tuesday said the US economy no longer “needs or wants” these “highly accommodative” policies.

Economists polled by Bloomberg expect Wednesday’s inflation report to show that US consumer prices rose by 0.4 per cent in December, and 7 per cent year over year.

Anatole Kaletsky, chair of research house Gavekal, argued that it made sense to “buy the dip” following the Nasdaq correction.

“Inflation is peaking, and in any case is not as bad as it looks,” he said. “The year-on-year inflation rates everyone is panicking about are misleading because they include large paybacks for the collapse in prices in the first year of the pandemic.”

The yield on the benchmark 10-year US Treasury note dipped less than 0.02 percentage points to 1.74 per cent, after trading above 1.8 per cent on Monday. The yield on the two-year Treasury note, which closely tracks interest rate expectations, was roughly steady at 0.89 per cent.

Europe’s regional Stoxx 600 share index added 0.8 per cent, having fallen 1.5 per cent on Monday, in its worst daily performance since November.