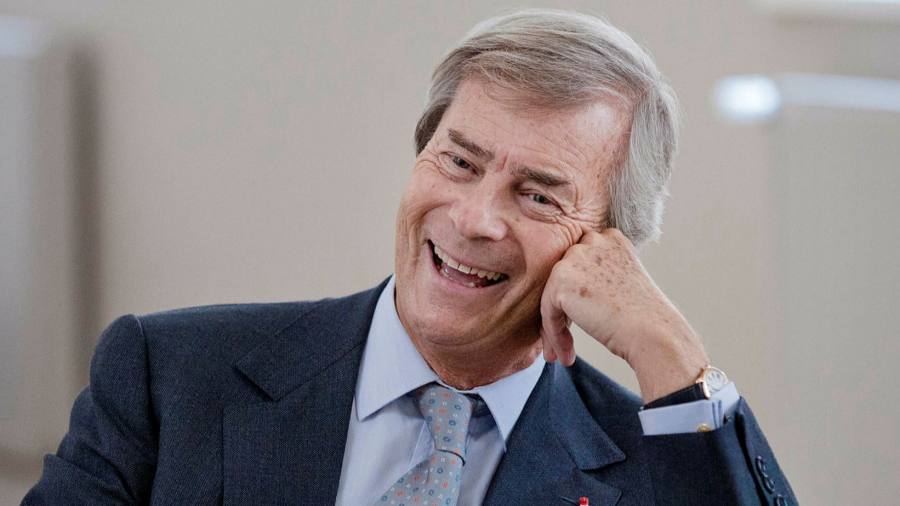 Sign up to myFT Daily Digest to be the first to know about Lagardere Group news.

Vivendi has reached an agreement to buy activist investor Amber Capital’s 17.9 per cent stake in French media and retail group Lagardère, paving the way for it to make a full takeover offer if regulators approve.

Vivendi was already the biggest shareholder in Lagardère with a 29 per cent holding, and the deal with Amber will take its holding to 45 per cent, past the threshold requiring it to make a mandatory offer for the rest of the company.

The announcement is the latest twist in a five-year battle for control of Lagardère, and it means chief executive Arnaud Lagardère will be powerless to stop the sale of the group his late father founded and built into a defence-to-media powerhouse.

The son and heir slimmed down the company, whose biggest businesses are now the Hachette book publisher and retail outlets in transportation hubs such as Relay newsagents.

Arnaud Lagardère only recently in April agreed to dissolve the distinctive société en commandite structure that has long ensured his ironclad control over the group even though he only owned a 7 per cent stake.

But when Lagardère was converted into a normal société anonyme, it left the company vulnerable to takeover in a way it never had been before. Arnaud Lagardère agreed to the change after getting an additional 7 per cent stake, board seats and a five-year contract as CEO.

The saga began in 2016 when Amber mounted an aggressive activist campaign to challenge what it said was the group’s poor financial performance and Arnaud Lagardere’s weak leadership. Amber sought to replace the board several times and failed, until last year when it appeared on the verge of winning a vote at the shareholders’ meeting.

To defend himself, Arnaud Lagardère sought help from powerful investors, including Vivendi, which is controlled by billionaire Vincent Bolloré, which invested and backed the family scion in the vote.

Once Amber’s resolutions failed to pass the May 2020 shareholders meeting though, the detente did not last long. Vivendi kept buying additional shares, which spooked the target’s CEO. He turned to LVMH founder Bernard Arnault, who came the rescue by investing in Arnaud Lagardère’s personal holding company and later in Lagardère directly.

In response, Vivendi in August reached a surprise alliance with Amber, which gave it the right of first refusal to buy the fund’s stake in Lagardère when it wanted to sell.

Vivendi said in a statement on Wednesday that it had agreed to pay Amber €24.10 per Lagardère share, or roughly €610m, conditional upon it securing regulatory approval from French authorities and the European Union.

Competition regulators are likely to scrutinise the deal because Vivendi already owns French book publisher Editis, which competes with Hachette, so some asset sales might be required.

If for some reason, Vivendi cannot complete the purchase of Amber’s stake by December 15, 2022 then it is required to find another buyer for Amber’s stake at the same price.

Lagardère said in a statement that it was “delighted with the investment project that Vivendi wishes to carry out” and promised that its board would weigh in on the proposed public offer later.

Asked what would happen to Arnaud Lagardère after any takeover, a Vivendi spokesman said: “He has the full support of Vivendi now and going forward.”